How Will I Know (And Where Do I Go) When It's My Turn To Get The COVID Vaccine?

Once we get to Phase 2, vaccines will be administered at pharmacies, doctors' offices and other large sites. Authorities are discussing notification systems for the public. 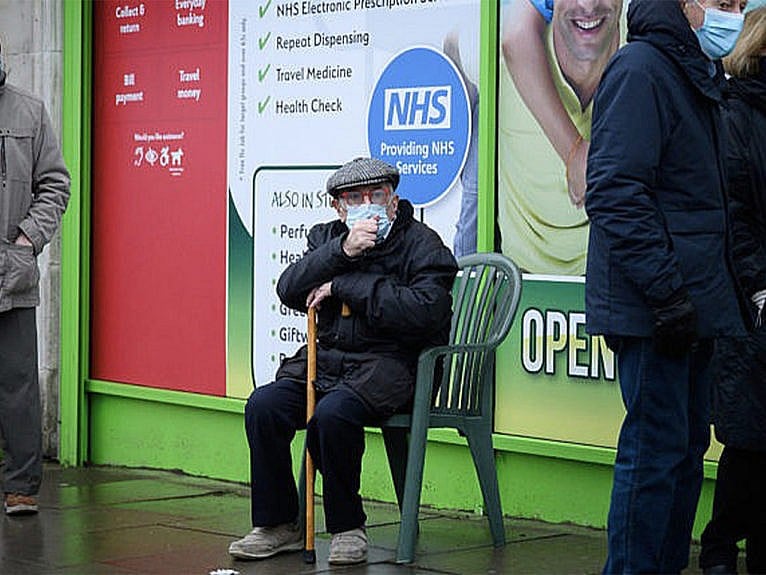 People in line for their appointments outside the first pharmacy in London to offer access to the COVID-19 vaccination on January 14, 2021 in London, England. (Photo by Leon Neal/Getty Images)

This is one of the most common questions received by Vaxx Populi.

The answer is relatively easy for those in the first phase of the COVID-19 vaccine program in Canada, which is focused largely on front-line health care workers, long-term care (LTC) homes and Indigenous communities. In many cases, the vaccine comes to you. It gets a lot more complicated as provinces gear up for mass immunization campaigns in the spring. That’s when the number of people vaccinated could increase from thousands a week to millions.

On Jan. 13, Ontario unveiled its latest vaccination distribution plan, giving more details about the province’s second phase, which is scheduled to start in late March and continue into the summer. In that phase, Ontario expects to vaccinate up to 8.5 million people.

The second phase includes people living in congregate settings such as prisons and shelters, seniors living outside congregate settings, individuals with high-risk chronic conditions and their caregivers and groups at greater risk due to barriers to health care, including Black and other racialized people. And then there are essential workers, including teachers, first responders and those working in the food industry, though the government hasn’t finalized its list of professions. The second phase will also mark the start of vaccinations of the under-60 general population. Distribution will occur at doctors’ offices, pharmacies, public health clinics and mass vaccination sites.

Deciding who gets their dose when seems guaranteed to become very complicated as competing interest groups jockey to be moved ahead of others. As a general rule, the Ontario government experts are putting age before setting, so it’s likely a 75-year-old will get a dose before a 50-year-old teacher or a 25-year-old construction worker, though that may not always be the case: If there’s a local vaccination drive at a commercial bakery or a school, then younger adults may be vaccinated before their parents.

Already, public health units and other health care professionals are getting ready for the major push. Targeted calls to patients—say, to those 80 and older, and then to those age 75 to 79—will likely come from primary care doctors and nurses, says Dr. David Pichora, CEO of Kingston Health Sciences Centre, which gave its first COVID-19 vaccine doses on Jan. 12 and is the vaccine distribution hub for all of southeastern Ontario.

To supplement direct notifications and public awareness campaigns, Pichora and his colleagues have already had discussions on how to “seek out patients at risk who aren’t attached to primary care providers,” including those with mental health issues. He has one big hope: “We just want them to say yes.”

British Columbia’s Ministry of Health told Maclean’s that “a more detailed notification system for the general public” is being developed and emphasizes that “if someone doesn’t get vaccinated when their respective priority group is eligible to receive the vaccination, they won’t miss their opportunity. The rollout strategy won’t move from one group to the next, rather it will be adding in new groups as more vaccines become available.”

So what can a 75-year-old living at home expect, in terms of timing, location and notification? Here are a few scenarios, based on current information:

In Prince Edward Island, phase 2 will likely happen between April and June, by appointment at vaccination clinics.

In Ontario, phase 2 will take place between April and July, and seniors 75 and up can expect to be among the first to be vaccinated at doctors’ offices, pharmacies and even mass vaccination sites. Many will be informed by their GP.

In Alberta, people aged 75 and over who are living at home will begin being vaccinated in phase 1B, which starts in February. Locations and notifications are TBA.

In most parts of the country, there are weeks—maybe months—before those in phase 2 will get an opportunity to be immunized. In the meantime, B.C.’s Ministry of Health may speak for all public health officials when it pleads for patience: “At this time no action is required from the public, and there is no need for people to call their local health authority.”