3 Reasons You Should Be Very Worried About The Warming Oceans

'What this report clearly shows is that actually it does impact my life.' 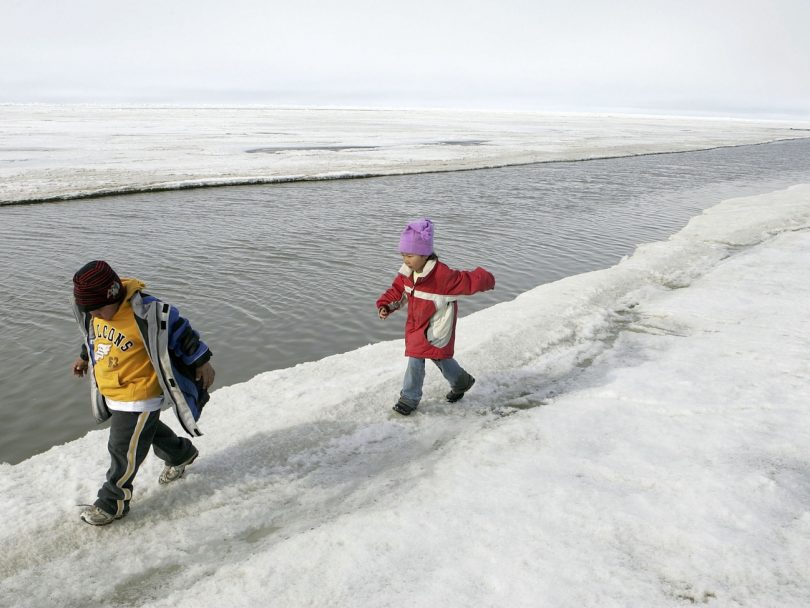 Rising sea levels, food shortages and frequent natural disasters are all things we can expect to see more of, according to a report released last month by the International Panel on Climate Change, an intergovernmental body of the United Nations.

In sobering detail, the Special Report on the Ocean and Cryosphere in a Changing Climate outlines the “profound consequences” of greenhouse gas emissions—from the rapid melting of the world’s mountain glaciers to a 15 percent decrease in the number of marine animals. The climate crisis is no longer an abstract idea that could affect us sometime in the future. One of the lead authors on the global report is Sherilee Harper, a Canada Research Chair in Climate Change and Health and an associate professor at the University of Alberta’s School of Public Health. And she doesn’t mince her words. “People often think that climate change impacts in the North or the polar regions are far away from them,” Harper says. “But what this report clearly shows is that actually it does impact my life.”

The rigorous report took two years to compile, involving more than 100 researchers from more than 30 countries. Its message, Harper says, boils down to this: No matter where in the world you live, the impacts of climate change on the ocean and cryosphere (the frozen parts of the planet) affect everyone. Here are just a few ways in which it will affect you.

The warming oceans affect our health

There’s an increased risk of food and waterborne diseases, malnutrition, injury and mental health challenges—particularly among Indigenous peoples in the Arctic. The report says in some high-mountain areas, water quality has been affected by contaminants like mercury, released from melting glaciers and thawing permafrost.

Since the early 1980s, there’s also been an increase of algae blooms in coastal areas in response to warming and deoxygenation. Toxins produced by these algae blooms as well as the oxygen they use leads to the decrease of fish populations. Communities in poorly monitored areas are the most vulnerable to these biological hazards.

The warming and excessive nutrient and seawater overflow due to rising sea levels are also expected to increase the threat of cholera in coastal waters—specifically areas like the Ganges Delta in the Bengal region. Vibrio cholerae (which causes cholera) is estimated to be responsible for approximately 650,000 deaths globally in 2010, while the World Health Organization estimates between 21,000 to 143,000 deaths worldwide are caused by cholera. Extreme weather events such as flooding and tropical cyclones—which are more likely to happen because of climate change—are linked to increased incidences of Vibrio-related disease. This suggests they’re caused by human exposure to pathogens during these extreme weather events.

The warming oceans affect what we eat

Food security and nutrition will become even more of a challenge. A warming ocean leads to decreased fish production globally, meaning seafood will be harder to access around the world—Canada included. For instance, the report found that by 2050, the nutrition gleaned from seafood in coastal Indigenous communities in B.C. that rely heavily on seafood will decrease by 20 to 30 percent.

You will also likely see these effects at your local grocery store, in what fish and shellfish are available to you. “It will impact all of us,” Harper says. “Even if we act now we’re going to see this impact on fisheries. The question is how much of an impact we’ll see, and that will transform a really important part of our diet.”

It’s not just quantity that will be affected at fisheries—quality will, as well. Over the past 10 years, researchers have seen an increase in the number of outbreaks of non-cholera vibrio—a bacteria that can cause food poisoning—in oysters. The biggest outbreak was in 2015, with 73 British Columbians affected. Canada’s Public Health Agency released a study in April, confirming climate change will increase food safety issues in Canada. “The warming ocean is causing that bacteria to move north,” Harper explains. “These are bacteria that you used to never see in colder Canadian waters. And now we’re seeing it more and more because the ocean is getting warmer.”

The warming oceans affect our wellbeing

A warming ocean and cryosphere will affect the wellbeing of populations both directly (displacing coastal communities) and indirectly (intensifying extreme weather like hurricanes and cyclones). Along with expecting more storms, Harper says rare, extreme weather events that used to happen only once every hundred years are expected to happen yearly by the end of the century. “As somebody who lives in Edmonton, seeing the different hurricanes going through the east coast and the damage that does, or the damage that it does to low-income countries, it’s just getting worse and worse and that has a toll on people’s [wellbeing].”

Changing environments, particularly for those living in the Arctic, also affects livelihood. “People rely a lot on the environment to be able to go out hunting and fishing, [to] get food and bring it home and put it on the table. If people are going out in increasingly unsafe conditions because of ice instability, it’s really stressful for those hunters and trappers worrying about their safety,” Harper says. For polar residents, climate change has impacted key transportation routes and pose an increased risk of injury and death during travel.

As human psychology adapts to climate change, a phenomenon called solastagia has come about. The report defines this as a “distress akin to homesickness while in their home environment,” that affects the emotional wellbeing of people adversely affected by climate change. For Canadians, this might look like psychologically adapting to the degradation of iconic landscapes and sceneries we associate with being Canadian, such as glacier fields and mountainous areas. “[With] those things disappearing, there’s definitely eco-anxiety or ecological grief associated with that,” Harper says.

What can we do?

While Harper explains the report focuses specifically on what can be done on a governance scale—such as quickly reducing greenhouse gas emissions and protecting and restoring ecosystems—she encourages people to understand the magnitude of what’s happening. “Supporting initiatives from the local level all the way to the international level that reduce greenhouse gas emissions is really, really critical,” she says. Part of this is supporting political parties that take climate change seriously—with actual plans to reduce emissions—and holding them to account.

“I think people need to understand the science behind it and why governments need to act,” Harper says. “Decisions we make today impact those a hundred some years from now.”