Why You Should Volunteer For A Clinical Trial

Whether it’s cold medicine or a new vaccine, Health Canada's approval depends on clinical trials. Here’s why you should participate in one. 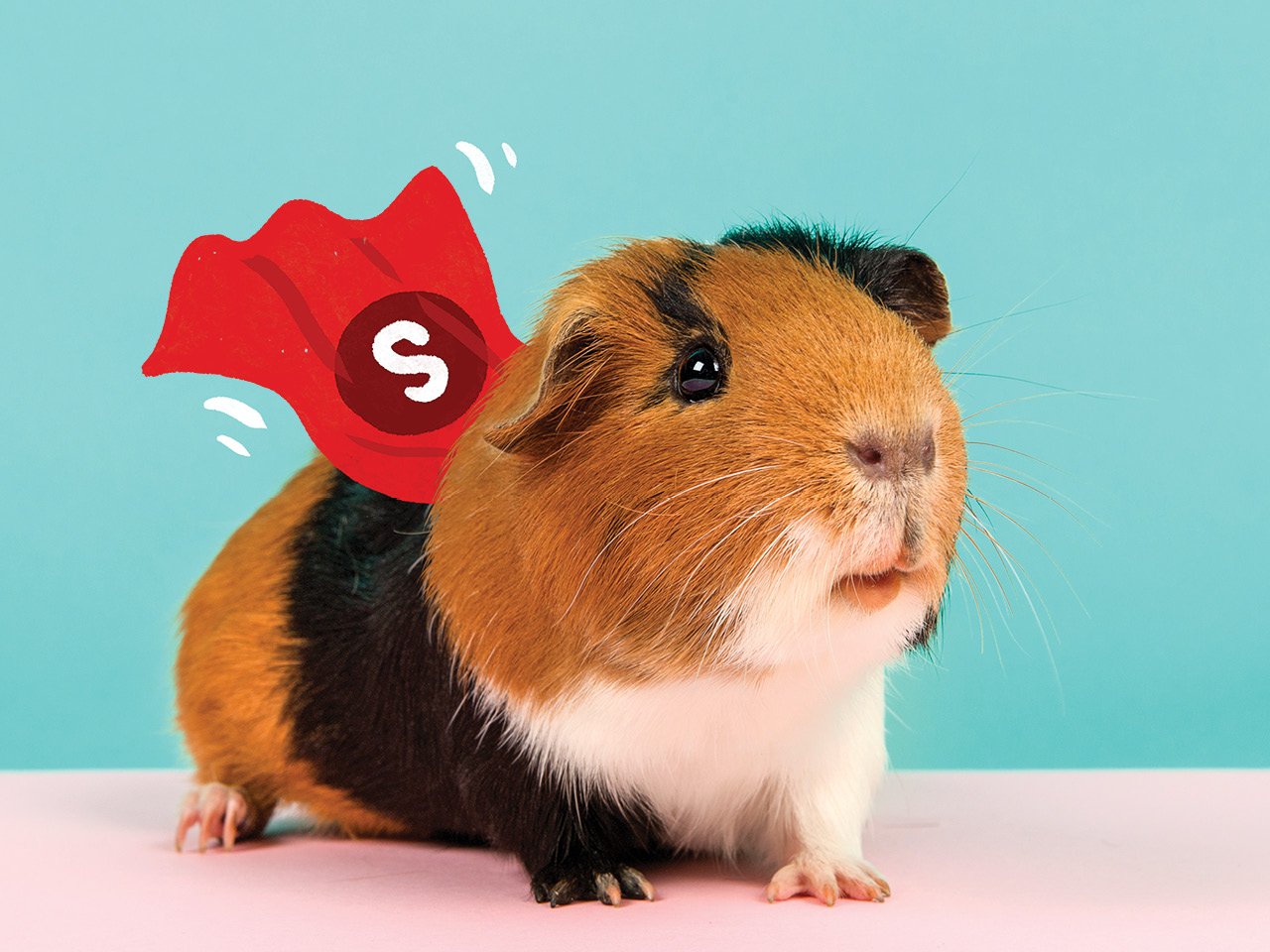 I’m not sure how many tubes of blood I donated in the end—not being fond of needles, I fixed my gaze over the nurse’s left shoulder throughout the proceedings. But it felt like a lot. And yet it also felt like it was the least I could do to give back.

I’m now one year into a five-year clinical trial studying my emotional response to the results of genomic sequencing, a relatively new type of test that digs into nearly every letter of your DNA code (unlike traditional genetic testing, which only looks at a few genes at a time). One of the goals of the trial is to determine how useful genomic sequencing is for both doctors and patients. In addition to the bloodletting, all that’s required of me is periodic 30- to 60-minute Zoom interviews with the researchers for the first year and a half, after which the team will continue to study my health data quietly in the background.

As someone who has been treated successfully for two different types of cancer, I know just how important clinical trials are when it comes to finding new ways to detect, diagnose and treat disease. Quite frankly, I wouldn’t be here otherwise. And it was thanks to the trial of a new drug that a cousin of mine, who had been diagnosed with a rare, and terminal, form of lung cancer, was able to spend an extra year with his young family.

In my case, scientists were looking for cancer patients who had been given a negative genetic test result and were open to receiving genomic sequencing in hopes of discovering a gene related to their disease: Maybe it would help identify a new genetic link to cancer. Maybe it would offer my family answers about our seemingly genetic susceptibility to wayward cell mutations. And, just maybe, it would help lead to new treatments for future generations of cancer patients. To me, it’s humbling to be even a small part of that possibility.

Not all health research is created equal

If you’ve ever shut down a case of the sniffles with cold medicine, had an antibiotic prescribed for an infection or hiked up your sleeve for a vaccine, it’s only because that treatment endured a long, thorough research process. Clinical trials are the gold standard for determining the benefits and harms of any health intervention, says Dr. Jonathon Maguire, a pediatric scientist in the Li Ka Shing Knowledge Institute of St. Michael’s Hospital in Toronto. “We want the health care system to be as strong as it can be and for the risks of health interventions to be as low as possible—and for that, we need clinical trials.”

There are three main types of health research: population research (like correlational studies that look for relationships between two or more variables), laboratory studies involving controlled experiments (think beakers and Bunsen burners) and clinical trials. “A clinical trial assigns human participants to one or more treatments or interventions to study their effects,” says Alison Orth, unit director of Clinical Trials BC at Michael Smith Health Research BC, and a former clinical trial participant herself. (Orth was part of a study involving a new-and-improved whooping cough vaccine that showed fewer side effects than its predecessor.)

A great deal has to happen—four phases, in fact—before Health Canada will give any new health intervention the go-ahead. When the trial begins, Phase 1 is all about safety and side effects and involves small numbers of participants—maybe 20 to 80 at most. “Once the intervention has demonstrated its safety, researchers then focus on how well it works in different populations with an increasing number of participants, often in multiple countries,” says Orth. Phase 2, which might involve up to 300 people, studies whether the treatment works as expected, while Phase 3 looks at larger groups, 1,000 to 3,000 people, to determine how the treatment compares to other options or a placebo. Finally, once the treatment has proven itself, Phase 4 looks at its long-term effects over time. All of this can take up to 10 years.

The speedy introduction of COVID vaccines occurred because of an unprecedented collaboration between scientists, politicians and manufacturers on their combined quest for a safe medical solution to the pandemic problem. Countries shared information and research findings, extra funding materialized while red tape vanished and a lot of non-COVID research was put on hold. What would normally have taken years took months instead. “It’s essential to understand that the COVID-19 vaccines were developed based on science, technology and preparedness protocols that had been under clinical development and testing for some time before the pandemic,” adds Orth. But in addition to saving countless lives, the COVID vaccines may point the way toward faster clinical trials in the future.

Unfortunately, not everyone is keen to play guinea pig. In 2019, Canadian researchers (Orth among them) published a survey of 1,602 people in Ontario and British Columbia that found 49 percent were “somewhat willing” to participate in a clinical trial. On the other hand, 43 percent said they didn’t feel very well informed about them, and 37 percent didn’t have any opinion whatsoever. While many people have no problem volunteering their time to other worthy causes, Maguire has seen first-hand a reluctance to volunteer for science. He says that can stem from a fear of the potential risks (even though, he says, “the risks are very low—clinical trials are regulated by research- ethics boards and they just don’t happen if they’re risky”) and a general sense of “what’s in it for me?”

It’s a fair question. For some, enrolling in a trial comes from pure altruism. Others, like me, enrol out of a sense of gratitude. As one of Orth’s survey participants said, “Without previous clinical trials, I would not have received the excellent care and treatment plan. I feel it is paying it forward to be included and hope that, when the trial is over, it will help other women in the future.”

For a long time, women weren’t explicitly required to be included in clinical trials—in fact, it wasn’t until 1997 that Health Canada decided they needed to be. “Historically, clinical trials have lacked demographic diversity in their study populations,” says Orth. But everyone gets sick—and not everyone gets better the same way. “People may react differently to the same treatment based on their age, sex, weight, race or ethnicity,” she continues. “It’s essential to include people in trials who closely reflect the population for whom the treatment is intended.” Orth adds that there is finally a global recognition that we need to ensure better access and support for all communities to participate in clinical trials. Still, it’s not always easy to get people to sign up.

“There’s still a degree of skepticism about science and the medical system as a whole,” says Maguire. (You need only watch the daily news cycle and coverage of anti-vaccine protests to see just how serious a problem this skepticism has become.) He adds that we also don’t celebrate the people who participate in clinical trials enough, citing the COVID-19 vaccine trials as an example. “Every one of those people saved a lot of lives,” Maguire says. “They’re heroes.”

How to find a clinical trial

Every year, Health Canada authorizes about 900 clinical trials, and its clinical trial database is a good place to start, as is Clinical Trials Ontario (which, despite its name, gives you access to studies across the country). If you’re interested in participating in a cancer trial in Canada, you can search by cancer type, province, drug or keyword at Canadian Cancer Trials, which is currently recruiting for more than a thousand studies. Meanwhile, for clinical trials outside Canada, the World Health Organization offers a search portal for both ongoing and completed ones (so you can track any interesting new treatments on the horizon), while the U.S. National Institutes of Health has set up a comprehensive database of nearly 400,000 clinical studies in 220 countries.

Another option is to ask your health care provider about clinical trials that might be a fit for you—while you don’t necessarily need a doctor’s referral, it can be helpful to have an expert take you through the risks and benefits of participating. Local university-affiliated hospitals, medical centres and patient support groups are also excellent places to learn about clinical trials in your area. In 2020, there were 6,013 active trials taking place across the country, so there are plenty to choose from—everything from those for Canadian- made COVID vaccines (including a DNA-based vaccine that can be refrigerated for more than a year, which is entering a Phase 1 trial in Alberta) to a cross-Canada study on the use of acetylsalicylic acid (ASA) in ovarian cancer prevention, which is currently recruiting volunteers for Phase 2. As an added perk, you can sometimes get paid for your time or, at the very least, have any expenses (such as parking) reimbursed.

For those who still aren’t sure they want to be part of an experiment, pediatric scientist Dr. Jonathon Maguire recommends checking out the People’s Trial. A website created by a health research board in Ireland, it asks people from around the world what questions they’d like answered (one submission: whether reading a book in bed makes a difference to sleep), and then sets up trials to find the answers. Turns out, 42 percent of people felt their sleep improved after they read a book in bed. Thank you, science.