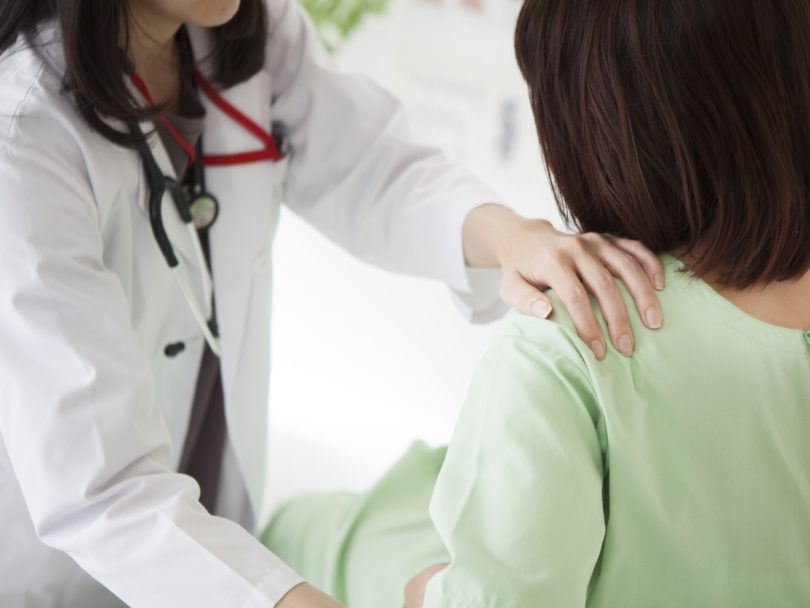 In July, global pharmaceutical manufacturer Allergan issued a voluntary worldwide recall of Biocell textured breast implants and “tissue expanders” (temporary implants that stretch the skin in preparation for permanent implants). The recall comes after new findings from the American Food and Drug Administration (FDA) confirmed a link between macro-textured implants and a rare but potentially fatal cancer called anaplastic large cell lymphoma (ALCL). Health Canada banned Biocell textured implants in May, following bans in France and Australia. Here’s what you need to know.

What are textured implants and why are they being recalled?

When a breast implant is inserted, scar tissue forms a capsule around it. Until the 1980s, all implants were smooth, explains Dr. Stefan Hofer, chief of plastic surgery at University Health Network in Toronto, but this smooth surface led to aggressive scar formation, causing the capsule to tighten and the breasts to harden and change shape.

Enter textured implants, like Allergan’s Biocell, which not only helped the implant stick to the body—meaning less shifting and movement—but also reduced scarring, resulting in fewer corrective surgeries. There are two types of textured implants: micro, which are less textured, and macro, which are more highly textured. The Biocell implants are macro-textured.

Up until the recall, Hofer and his team, who work exclusively in cancer-related breast reconstruction, used only textured implants. “When I started my practice, it was almost criminal not to use a textured implant, because people were having so many problems with the smooth ones,” he says.

But in a 2019 update to a 2017 safety review by Health Canada on breast-implant-associated anaplastic large-cell lymphoma (BIA-ALCL), the rate of the disease in Canada was found to be significantly higher in patients with macro-textured breast implants compared to other implants. As a result, on May 27, 2019, Health Canada suspended Allergan’s licences for Biocell breast implants (the only macro-textured implant available in Canada)—meaning that as of the suspension date, no one could sell or import this product in Canada. On May 28, 2019, Allergan voluntarily recalled all unused Biocell breast implants from the Canadian market and instructed healthcare professionals to stop using the implants and to return any unused inventory to the company. Then, on July 24, 2019, the FDA announced that textured implants posed a public health risk and asked Allergan to recall specific models of its Biocell textured breast implants and tissue expanders in the U.S., in an effort to prevent new cases of BIA-ALCL. In response, Allergan announced a voluntary worldwide recall of Biocell implants and tissue expanders.

It’s a rare form of non-Hodgkin lymphoma—a cancer that starts in the white blood cells that are part of the immune system—that develops in the scar tissue capsule that forms around a breast implant. Lymphatic fluid known as seroma can build up between the capsule and the implant, which is where BIA-ALCL is most often detected. Although BIA-ALCL forms in the breast, it is not breast cancer but a cancer of the immune system.  While it can occur as early as several months after breast implant surgery, it is typically detected between 8 to 10 years post-op. If found early, the disease is highly treatable. “It’s a very slow growing cancer,” says Hofer, “it’s not something that spreads rapidly.” That said, in some cases, BIA-ALCL can spread to the lymph nodes and throughout the body and require radiation and chemotherapy; fortunately though, most cases—about 80 percent—are diagnosed at an early stage.

What’s the connection between BIA-ALCL and textured implants?

BIA-ALCL occurs most frequently in patients who have macro-textured breast implants. As to why it occurs? “Nobody really knows,” says Hofer, but the body appears to react differently to textured implants than to smooth ones. A prevailing theory is that over time the friction from textured implants may irritate and weaken the immune system, leading to inflammation and eventually, lymphoma. Another hypothesis relates to the rougher coating of the macro-textured implant, which bacteria can cling to; over time the bacteria might irritate the immune cells in the area and lead to cancer. Health Canada is conducting ongoing research to explore possible links.

What about smooth implants?  Are they a cause for concern?

Smooth implants on their own have not been linked to BIA-ALCL. Although there are reported cases of BIA-ALCL in women with smooth implants, Hofer says these patients would have had macro-textured implants at some point during the reconstruction process, either in the form of a textured tissue expander, or a textured implant that was eventually exchanged for smooth.

What are the symptoms of BIA-ALCL?

One of the most common symptoms is unexplained breast enlargement. “Most of the time it starts with a swelling because the ALCL cells produce fluid so your breasts start to grow out of nowhere,” says Hofer. Additional symptoms include pain, lumps in the breast or armpit, capsular contracture, as well as breast asymmetry and tightness. Symptoms can appear anywhere from months to years following implant surgery. Health Canada recommends that women with implants conduct regular breast self exams to monitor for changes and see their health care professional for periodic follow-ups.

Have many cases of implant-related BIA-ALCL have been confirmed globally?

The rates of BIA-ALCL vary from country to country, which is not completely understood.  The highest rates are in Australia—where approximately 1 in 3,000 women. According to the FDA, there are currently 573 reported cases of BIA-ALCL around the world, and 33 patient deaths. Of the 573 cases, 481 had Allergan textured breast implants at the time of diagnosis, and 12 of the 13 deaths (where the implant manufacturer was known) occurred in patients who had an Allergan textured breast implant at the time of their BIA-ALCL diagnosis. Canada has 26 confirmed cases of BIA-ALCL, and zero BIA-ALCL-related deaths.

I have textured implants—what should I do?

The uptick in media stories and the global recall have naturally inspired fear in women who have received textured implants, but the chance of developing BIA–ALCL remains low. Health Canada estimates it as 1 in 3,565 for women with macro-textured implants (and 1 in 16,703 for women with micro-textured ones). Spontaneous breast cancer in women, by comparison, is 1 in 9).

According to Dr. Brett Beber, a cosmetic and reconstructive surgeon in Toronto, the most important issue for women with textured implants is education. “They need to know about BIA-ALCL—they need to know what to watch for, they need to be aware of it and aware of the signs and symptoms so they can be vigilant about monitoring,” he says.

Beber has removed textured implants from two patients, but overall has had very few women requesting removal or replacement of their textured implants with smooth ones.  Like Hofer, he regularly meets with concerned patients to discuss options that include monitoring and follow-up, implant removal, or implant replacement. “We talk about the advantages, disadvantages, and potential consequences of each, in order to help them make the most informed decision possible,” he says. Beber advises anyone who doesn’t know what type of breast implant they have to speak with the plastic surgeon who did their surgery.

Health Canada and the FDA say that textured implants without symptoms are not a cause for concern; removing textured implants in someone who is asymptomatic can pose health risks of its own. “It’s not always as simple as swapping out textured implants for smooth ones,” explains Hofer, who says the procedure can at times turn into major surgery. This is especially true in reconstructive patients where there is very thin tissue or where the scar tissue capsules have to be removed as well. For Beber, it’s a question of weighing the risk of removing the implants with the risk of BIA-ALCL actually occurring. “We know that there’s risks associated with removing implants and exchanging implants—and the rates for some of them are certainly higher than 1 in 3,000,” he says, “so if you’re balancing risk to patient—if you’re looking at sheer numbers—it’s true that the risk of ALCL potentially happening is probably less than the risk of a complication happening during the exchange procedure.”

I’m a breast cancer survivor with textured implants—is there anything specific I should know? Is my risk of BIA-ALCL higher?

ALCL has no relationship with breast cancer.  Further, having had breast cancer doesn’t put you at any higher risk for contracting the disease than someone who received textured implants for cosmetic reasons. Once Hofer explains the risks to his cancer patients, he says four out of five feel reassured and opt out of removal, while one in five decides to swap them out for smooth implants. Still, he concedes that it’s not an easy conversation, especially in the realm of cancer. “You really scare someone if you tell them that they can have another cancer from the breast implants used to reconstruct their breasts after breast cancer,” he says.

What happens if I do experience ALCL-like symptoms?

Anyone experiencing symptoms should immediately book a consultation with their plastic surgeon. The first course of action is an MRI. If fluid is present, an ultrasound is ordered as well as a guided puncture of the fluid, which is then examined by a pathologist. If the fluid tests positive for BIA-ALCL, a full removal of the implant and the capsule is the normal course of action. Afterwards, the patient will be referred to a lymphoma clinic for regular imaging and follow up.

What’s the difference between a ban and a recall?

Canada banned Biocell textured implants in May; this means no one could sell or import Allergan’s Biocell breast implants in Canada. However, only a product’s manufacturer can issue a recall. According to Health Canada, a product is recalled when a company becomes aware that the device (1) may be hazardous to health, (2) may fail to conform to a claim made by the manufacturer or importer relating to its effectiveness, benefits, performance characteristics or safety, or (3) may not meet the requirements of the Food and Drugs Act.

For Hofer, the contradiction in Health Canada’s claim that textured implants don’t need to be removed from the body—while at the same time banning them because they’re considered dangerous—makes it a difficult thing to discuss with patients. “They’ve been through breast cancer, and then to tell them, “Oh it’s fine, you can keep them in, but I can’t use them anymore because they’re actually dangerous,” is a challenge, he says. As to whether there’s a possibility that Canadian women could still have gotten the implants between the ban and the recall, Hofer says definitely not. Once Health Canada issues a licence suspension, no one can buy or sell that product in the country.

This story has been in the news since 2011, why did Allergan only issue a recall this year?

The controversy around textured implants has been building due to increased international press coverage and public outcry. A 2018 story in the Toronto Star reported that some plastic surgeons stopped using textured implants a decade ago and others have been calling for their removal for years as more and more evidence points to complications and health risks, including BIA-ALCL. Beber stopped using textured implants in 2018 . And while fears over BIA-ALCL haven’t affected his business (the number of women seeking breast augmentation, he says, continues to grow), Beber thinks the recent findings have encouraged patients to do their own research so that they are better informed when they come in for a consultation.

“As surgeons it is our responsibility to review with patients all aspects of breast implant safety and breast augmentation surgery—the good and the bad,” he says, “in order to help patients make an informed choice that they feel is right for them.”

In the meantime, the FDA is considering recommendations for changes to the labeling of breast implants, which could include a boxed warning and a patient decision checklist to help women consider the benefits and risks.