Why Is Everyone Always Talking About ‘Love Languages’?

What are love languages—and can knowing yours really help your relationship? 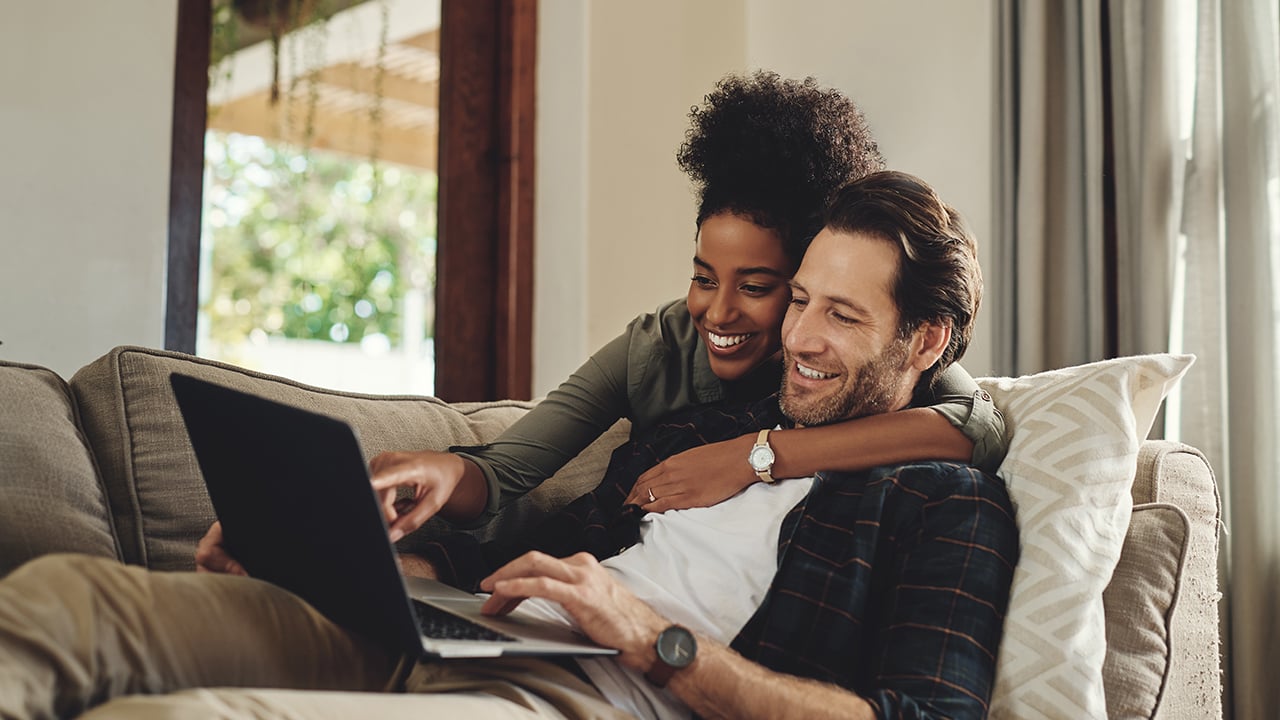 One of the easiest ways to find out your language is by taking the online quiz that Chapman developed to complement the concepts in his books. (Photo: iStock)

A few days ago, I was picking up a grocery order, and wanted to know if I should add on any paper towels. I made a quick call to my husband.

At the end of the call, my husband said goodbye, adding a quick “love you” at the end. Now, I live with this man. I see him every day. Once I pick up the groceries, I’ll be home in 10 minutes. But he still, reflexively, tells me he loves me on each and every phone call. And I always notice it.

Unsurprisingly, my particular love language is Words of Affirmation. I feel valued and appreciated when my partner says nice things to me. My husband’s love language is Acts of Service, which is why I was picking up the groceries in the first place.

Love languages might sound like woo-woo nonsense, but people all over the world use them to express affection and admiration for one another. You might have even seen them on The Bachelorette, when Clare made the guys on her group date shower her with compliments after telling them she appreciated Words of Affirmation. But what are love languages, and how do you use them?

Originally coined by Dr. Gary Chapman, a couples counsellor who holds a PhD in philosophy, the concept of love languages was something that popped up during his counselling sessions with clients. Years ago, a husband and wife came to see him, and the wife talked about feeling disconnected from her spouse. The husband responded with a list of all the things he did for his wife as gestures of love. “I knew he was a sincere husband, loving his wife, the best way he knew how,” Chapman says. “After that, I heard similar stories over and over and over in my office. And I knew there had to be a pattern to it.”

So Chapman sat down and reviewed years of notes from his sessions, and a pattern emerged: he noticed that most people give love, and like to receive love, in one of five ways. He wrote The Five Love Languages in 1992, and since then, the book has sold more than 15 million copies in English, been translated into 50 languages, and spawned others in a series that Chapman has written, including love languages for men, children and military vets.

One of the easiest ways to find out your language is by taking the online quiz that Chapman developed to complement the concepts in his books. According to Chapman, everyone has a primary language that we use to show love, and a language that we like to receive love in. Often they are the same language, but they can be different for different purposes.

Words of Affirmation: You feel most loved when you hear positive and affirming statements about yourself. No gift will ever match up a heartfelt declaration of love.
Quality Time: The best way to show you love is by being there. Whether it’s planning an elaborate date or just making time for a movie marathon, you feel appreciated when someone focuses on you.
Acts of Service: Maybe it’s picking up the groceries, or doing the laundry before you get home. These little acts show you that your loved one is thinking of you, and wants to make your life that much easier.
Physical Touch: A long hug, or a cuddle on the couch. Holding hands when you walk down the street. You feel loved when you’re physically connected to your partner.
Receiving Gifts: Nothing makes you feel better than hearing your partner say “I saw this and thought of you.” Picking up a thoughtful gift is a sure way to your heart.

Once you figure out your love language, and that of your partner, or friend, or co-worker, it can make those relationships work better, because you’ll have another communication tool under your belt. Chapman has heard from hundreds of couples who have read his books and found them useful. “(They’ll say things like) we just wanted to share that that book saved our marriage. We were talking about divorce. And somebody gave us that book. And it was like the lights came on… I’ve just had scores and scores of those kinds of comments almost everywhere I speak.”

My husband and I first discovered the languages a few years ago, after the online quiz made its way to me via Facebook. Suddenly, things started making sense: how I always wanted him to say goodnight to me, even though we were falling asleep in the same bed. How he was so thankful each time I would call to make his dentist appointments or remember to pick up his drycleaning. We were showing each other what we needed before we had the words for it. Once we knew what worked, we started doing it on purpose, and it really did make our day-to-day lives happier.

Using the love languages with a partner

The most common way to think of love languages are as ways of connecting with your partner. Toronto-based psychotherapist Yasmin A. Razek says that often when she counsels couples there are differences in how each person shows love and affection. Because we can all get stuck in patterns and ruts, it can be hard to see what your loved one is actually bringing to the table. In those cases, Razek turns to the love languages quiz.

“We ask that the couples do it separately, and then they sit down and have a conversation, to see if there’s anything surprising about their answers,” Razek explains. “Hearing my partner wanting physical touch, does that come as a surprise right now, in where we are in this relationship? A lot of times that conversation could be a starting point for them.”

Razek says love languages can also shift and change with time. Just as the circumstances of your relationship evolve over the years, so can your connections with your partner. “When we were in the earlier stages of our relationship, for example, we would have wanted to spend more quality time together,” Razek says. “But now after spending all day with the children and doing all these chores around the house, I would feel deeply valued and appreciated if my partner would do some act of service for me, to take a little bit off my plate.”

Of course, the same concepts can apply with folks you work with, or between roommates, or close friends. What it comes down to, says Winnipeg marriage and family therapist Judith Nüesch, is about fixing a breakdown in communication. “In any interpersonal communication, the communication is often at the heart of the issue,” Nüesch says.

If you have a conflict with someone at work, for instance, Nüesch suggests trying to figure out their language by paying attention to how they communicate. Do they thank you profusely for picking up their coffee in the morning? They could love Receiving Gifts. Do they prefer to pop into your office for a quick face to face, rather than hashing things out over email? Quality Time might be the way to go. Whatever their language is, adapting it to the situation can help make communication so much smoother. At work, Physical Touch is best thought of as times to create intimacy or encouragement. Point out when your co-worker nailed a presentation, or helped you finish your project. Those bits of recognition can create a deeper bond between you.

Once you’ve picked up on clues that tell you how this person most appreciates communication, you can confirm your instincts by paraphrasing what they’re saying, and repeating it back to them. Nüesch says this is a common therapy practice for couples, to “ensure that what they understood is actually what their partner is trying to say. It helps people stay on the same page, or realize that they have to clarify, so that there are not those gaps.”

That means you might say something like “it sounds like you want me to make more of an effort to text you back” to your friend or “you’re right, I should just pick up more kitty litter when I notice we’re running low,” to your roommate. It’ll help you clarify what they’re asking for, and reinforces that you’re trying to speak their language.

Love languages can also improve your relationship with yourself

You should also use your love language as a guide when it comes to taking care of yourself.

Nüesch says it helps to start by setting an intention and “being mindful of what you can give yourself.”

If you know you thrive with Words of Affirmation, starting a journalling practice could be an act of self care. Pre-booking your therapy appointments is an Act of Service you can do for yourself. It’s all about making your life a little easier, in a way you know will be truly helpful.

Use these insights for good, not evil

Chapman says he’s seen couples use the love languages against the other person, effectively weaponizing them. “What they’re doing is really criticizing their spouse for not speaking their love language. From my perspective, they’re approaching the whole thing in the wrong way.” Instead, Chapman says to start with a desire to change, and work to speak your spouse’s language. Nine times out of ten, he says, the partner will open up to it.

Ultimately, though, the love languages are no substitute for motivation. Knowing that your partner wants to spend more quality time with you is great, but in return, you must choose to do so.

No matter what your particular love language is, or how well it might mesh with your partner’s, think of it as another communication tool you can use to form closer connections. At the end of the day, it just feels nice to know that someone will pick up the paper towels from the store, and someone else will say “I love you” in response.

This story was originally published in 2021; updated in 2022