Is Hormone Replacement Therapy Right For You?

Though once controversial, HRT is still the most effective treatment for menopausal symptoms and it’s worth looking at with an open mind. 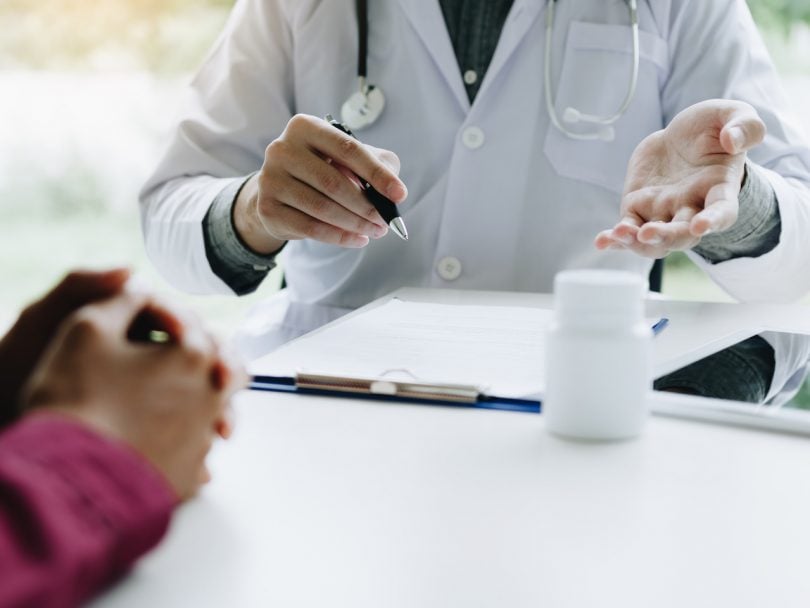 The aches and pains. The lacklustre libido. The hot flashes. The even hotter temper. If only there was a remedy that would take all the symptoms of menopause down a notch (or two) without any strings attached.

Women have used Hormone Replacement Therapy (HRT) to manage all of the above and more since the 1980s. But in 2002, a study came along that tied HRT to breast cancer, and suddenly doctors were reluctant to prescribe it. The controversy persists. Last August, a study in the Lancet found the longer women take HRT, the greater their risk of developing breast cancer. But not everyone agrees. The International Menopause Society, for one, says the Lancet paper relied on dated data and treatment regimens that are no longer recommended. So, what’s a hot, sweaty, achy, angry girl to do?

For starters, it’s worth looking at HRT with an open mind, says Jennifer Blake, an ob-gyn and CEO of the Society of Obstetricians and Gynaecologists of Canada. “A lot has changed in the past two decades,” she says. “And hormone therapy is still the most effective treatment we have for menopausal symptoms.” Here’s how to tell if HRT is right for you.

How helpful is HRT?

HRT involves taking female hormones to replace the ones your body no longer makes on its own. And you have options. Depending on symptoms and needs, your doctor may recommend a pill, patch, gel, vaginal cream or slow-releasing vagina ring—all of which work through your cells’ estrogen receptors to relieve everything from hot flashes to vaginal dryness. “Many women just feel better on hormone therapy,” says Blake. “And it’s quite common to hear someone say, ‘I got my life back.’”

Hormone therapy also has other health benefits. “It reduces your fracture risk and, if you’re within 10 years of menopause, is associated with a reduction in your risk of heart disease.”


Dr. Wendy Wolfman is the director of the Menopause Clinic at Mount Sinai Hospital and a professor in the department of Obstetrics and Gynaecology at the University of Toronto—and if she had a friend who was struggling with menopausal symptoms, she says she’d encourage her to try HRT. “Women shouldn’t trivialize menopause symptoms because those symptoms can significantly affect their quality of life,” Wolfman says. While 70 to 80 percent of women experience symptoms, HRT is typically prescribed to the 20 to 30 percent of those whose symptoms are especially debilitating.

In women who have used combination estrogen and progesterone therapy for more than five years, there is a small but statistically detectable increase in the risk of breast cancer, Blake says. “The risk is on the same level as that for women whose natural menopause comes five years later, or who are overweight, or who consume alcohol,” she says. She also points out that many things that we do increase our breast cancer risk, including shift work or not having a term pregnancy prior to the age of 30. This is why having a good, long chat with your doctor is key.

Health risks associated with HRT relate to your medical and family history and your age, as well as whether the hormones are administered orally or through the skin (patches and gels generally come with a lower risk of blood clots compared to tablets). The type of therapy and the dosage can make a difference, too. “In general, we don’t initiate hormone therapy more than 10 years after a woman’s last period or in women over the age of 60,” Wolfman says. It’s also not recommended for women who have had breast cancer, a history of stroke, recent cardiovascular problems or abnormal vaginal bleeding. The biggest concern, she says, is that cardiovascular risk increases with age and with higher dose oral therapies.

What else can you do to relieve menopause symptoms?

Like so many things, Blake says feeling better starts with healthy life choices, including nutritious food and an active lifestyle, both physically and socially. “There are some non-hormonal therapies that can be tried—off-label—if hormone therapy isn’t an option,” she says. “But, unfortunately, we don’t have anything as effective as hormone therapy.”

Vaginal moisturizers can help with vaginal dryness and some women also swear by herbal remedies, which Wolfman says work about the same as a sugar pill (i.e. about 30 percent of the time). Some studies suggest yoga, acupuncture and cognitive behavioural therapy can help with many menopause symptoms, including insomnia, mood swings and hot flashes. “For mild flashes, dressing in layers, avoiding triggers, lowering room temperature and using moisture-wicking sheets and cold compresses may offer some relief,” she says.

There is also some hope on the horizon for new therapies—called neurokinin B receptor antagonists—that target the cells in the brain that are responsible for menopause symptoms. But, for now, Wolfman recommends talking to your doctor to see if HRT might be a good option for you. “In a situation where the risks are small, I believe that women should have the right to make these decisions about their quality of life as long as they’re counselled about their own personal risks,” she says. And it helps to put those risks in perspective, she adds. “For instance, having more than two drinks a day or being obese increases your risk of breast cancer more than five years of hormones does.”