After 10 Years And 3 Kids, My Eating Disorder Returned — Only Now, Everything’s Different

I knew if I continued down the path I was on, I was guaranteed not to see my children grow up. But recovery is an ongoing process — and the hardest thing I've ever had to endure. 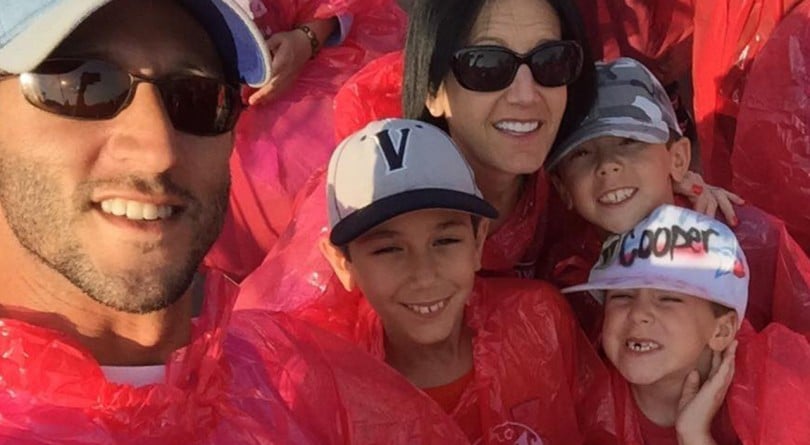 I have been in the washroom for hours. My stomach is cramping. I am sweating profusely. I am dizzy and exhausted. I have vomited numerous times. I alternate between sitting on the toilet and lying on the floor, trying to find a comfortable position.

A knock at the door.

“Mommy, when are you coming out?”

A piece of paper appears. My six-year-old son slips this note under the door. All he wants is for me to play with him, but instead I have overdosed on laxatives and become a hostage to the bathroom.

I am 43 years old and have had an eating disorder since my early twenties. I wish I could tell you why it started, but I can’t remember. Laxatives became my way of coping with stress, my way of escaping. It started with a couple of pills, then a handful, then a box. At a certain point, I took 255 laxatives in one day. I was so violently ill that I thought I was going to die. I considered calling 911. I slept for 72 hours, apart from trips to the washroom. Sleeping was the only way to make the pain stop.

Growing up, I had a terrific childhood. My parents supported everything I did and celebrated all of my accomplishments. I loved my brothers, and was always tagging along with them, wanting to be one of the guys. I had tons of friends and was outgoing, personable and extremely friendly. There was nothing in my life that would have indicated I was headed into the arms of a mental illness.

I do remember the day I went to the drugstore, curious to try laxatives to relieve some bloating. After making countless trips to the washroom throughout the night, I was pleasantly surprised with how empty I felt the next morning. My stomach was flat. I thought that I would be able to use laxatives on an “as needed basis” when I wanted to feel that way again.

But instead, it became my new norm. I was hooked. My weight began to drop and people commented on how good I looked. My “as needed basis” went on for weeks and months at a time; it turned into years. My eating disorder was easy to hide at first, but gradually people began to express concern about my weight loss. I became distant and quiet. The eating disorder took on a life of its own, controlling my actions and thoughts. It was all I cared about. 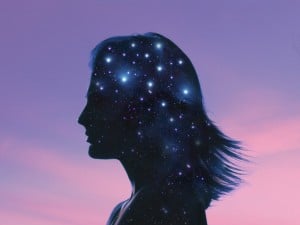 ‘I’d be fully active, but unconscious:’ My life with epilepsy

In 1995, I was admitted to an inpatient program at a Toronto hospital with the goal of getting off laxatives. There was no therapy; it was strictly detox. I was there for two weeks and when I got out I was looking forward to getting on with my life again. I did for a short time, but without any ongoing therapy, the eating disorder was waiting to return.

I tried to get more help, but it’s difficult to find someone who “gets” it. Most therapists have studied eating disorders but I needed someone who knew what it was like to live with this illness. I saw someone for a brief period of time who had struggled with an eating disorder and recovered. But I reached a point where I felt I had the tools; I just needed to put them into action.

When I got married in 2003, my husband insisted that I be mentally and physically recovered before we had children. On February 1, 2004, I gave up laxatives cold turkey. I wanted children more than anything, and I was willing to do whatever I had to in order to be a mother. Recovery was such a relief. I had a reason to give up my eating disorder and I convinced myself that I had no other option. I went on to have three perfect boys and didn’t engage in eating-disorder behaviours at all.

But then, in the spring of 2014, it returned. I had been feeling uncomfortable for weeks — bloated, full, fat. I knew that I could feel better by taking laxatives. I told myself that I would do it just one more time, even though part of me knew this would welcome my eating disorder back permanently. I tried to keep the demons from making a bad decision, but something just snapped. I couldn’t deal with the voices any longer. I felt relieved that I didn’t have to fight anymore. I went to the drugstore and picked up where I’d left off 10 years earlier.

The illness moved very quickly this time. I was increasing the frequency and dose within weeks. My weight loss was dramatic and my demeanour changed from happy and outgoing to withdrawn and anxious. I would be in bed for days and in the washroom for hours. I lost 30 pounds in six months. I was lying to everyone, but my family and friends knew that my illness had returned and were heartbroken as they watched my life unravel yet again. My young children became accustomed to me not being able to help with homework or build Lego towers. They knew not to ask me to go to the park because I probably had a stomach ache, and if the washroom door was locked they knew I would be in there for a long time. 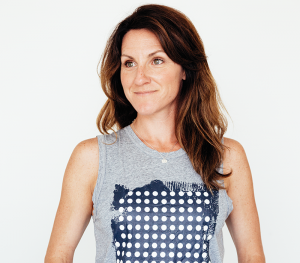 What it feels like to be panicked all the time

My husband watched my body deteriorate to 80 lb. He tried everything — support, encouragement, tough love. Just being present when I needed him. But I didn’t want any of it. I only wanted to engage with my eating disorder. I remember when we went for an assessment at a hospital program and the nurse told us that death was imminent if I didn’t get help soon. My husband was sobbing hysterically.

I was constantly calling in sick to my job as an executive assistant. When I was at work, I would frequently have to find places to hide — under a desk, in an empty office, in my car or the washroom. It’s embarrassing when people come in and knock on the stall and you have to keep saying, “I’m in here.” I remember one time someone asked, “Who is that?” I didn’t answer. My boss always asked where I was during these long absences. The excuses were endless — I was cleaning the boardroom, I was helping other employees learn the computer system, I was organizing the supply cabinet.

The pain was non-stop — the worst possible pain you can imagine. Worse than childbirth. I couldn’t walk; I could barely form cohesive sentences. I missed weekend plans, evening plans and countless bedtime stories with my kids.

I did try again to get help — outpatient and inpatient therapy, a dietitian, a nutritionist. But I discovered that most of the help available is geared toward teenagers. If you are a woman in your 40s, there is practically no help available. Wait lists are extensive. I was told that my weight was too low for many programs. My BMI was 15. In order to be considered, one program wanted my BMI to be 17. I was basically a risk they wouldn’t take responsibility for.

I had a choice: die, or live. If I continued down this path, it was guaranteed that I would not see my children grow up. So I’ve become my own personal advocate, coach, therapist, dietitian, nutritionist and psychotherapist. I read books, watch videos and listen to podcasts geared toward recovery. I also write in my blog every day. All these things help. Watching other people and listening to their stories gives me a chance to see it from the other side. To see people engage with their illness. To see the effects it has on them and their families.

Last week I had a rough couple of days. My husband was out of town and it was just me and the boys. I was feeling uncomfortable and I was tempted to buy laxatives; I knew they would relieve the pressure. I could’ve told the kids to play on their electronics while I was in the washroom all night. But then I thought long and hard about how I wanted to remember that day. 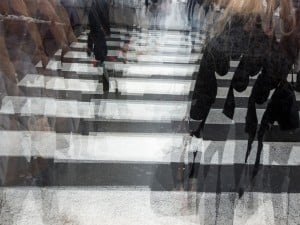 For years, I couldn’t stand up without feeling ill. Finally, I found out I have POTS

We got in the car and went for ice cream. The boys told me about their days at school. They told me how much they loved the lunches I had packed for them. They asked if we could go to the park when we were done at Dairy Queen. It was late, a school night, but I thought about the countless times when they had stayed up well past their bedtime because I was lying on the washroom floor, unable to tell them to shower and get ready for bed. So we pushed each other on the swings and buried our feet in the sandbox. They got to stay up late because I decided they could, and not because they had to.

People tell me to get better for my kids, for my parents, for my family and for my friends. That can’t be my goal. I have to get better for me. For only me. My eating disorder is tightly tied to perfectionism, to wanting to “prove” something to the world. And I did: I lost the weight I wanted, I knew exactly how many laxatives to take, and I restricted my eating to the point where I fainted on numerous occasions. In other words, I did everything that someone with an eating disorder “should” do. As the years went on, I came to realize I couldn’t live like this anymore, but part of me believed that giving up my eating disorder meant that I was a failure. So I made it my mission to “perfect” recovery.

But this pressure to be perfect, to be the best, is what turned my obsession into a disease. Finally I decided I had to give myself the chance to just be me; flaws included. Trying to recover from an eating disorder is difficult — it’s the hardest thing I’ve ever done in my life. This time, stopping cold turkey didn’t work. Instead, it’s an ongoing process with good days and bad, success and failure. As I write this article, I have gone 30 days without engaging in any disordered behaviours. Many, many times I’ve wanted to give up. But I want and need recovery. The worst thing I could do is make my family and friends bury me at 43 years old. I have my whole life ahead of me and I plan on living it.