What’s Going On With A COVID-19 Vaccine?

On Monday, Moderna announced that early data shows its vaccine appears to be 94.5 percent effective. 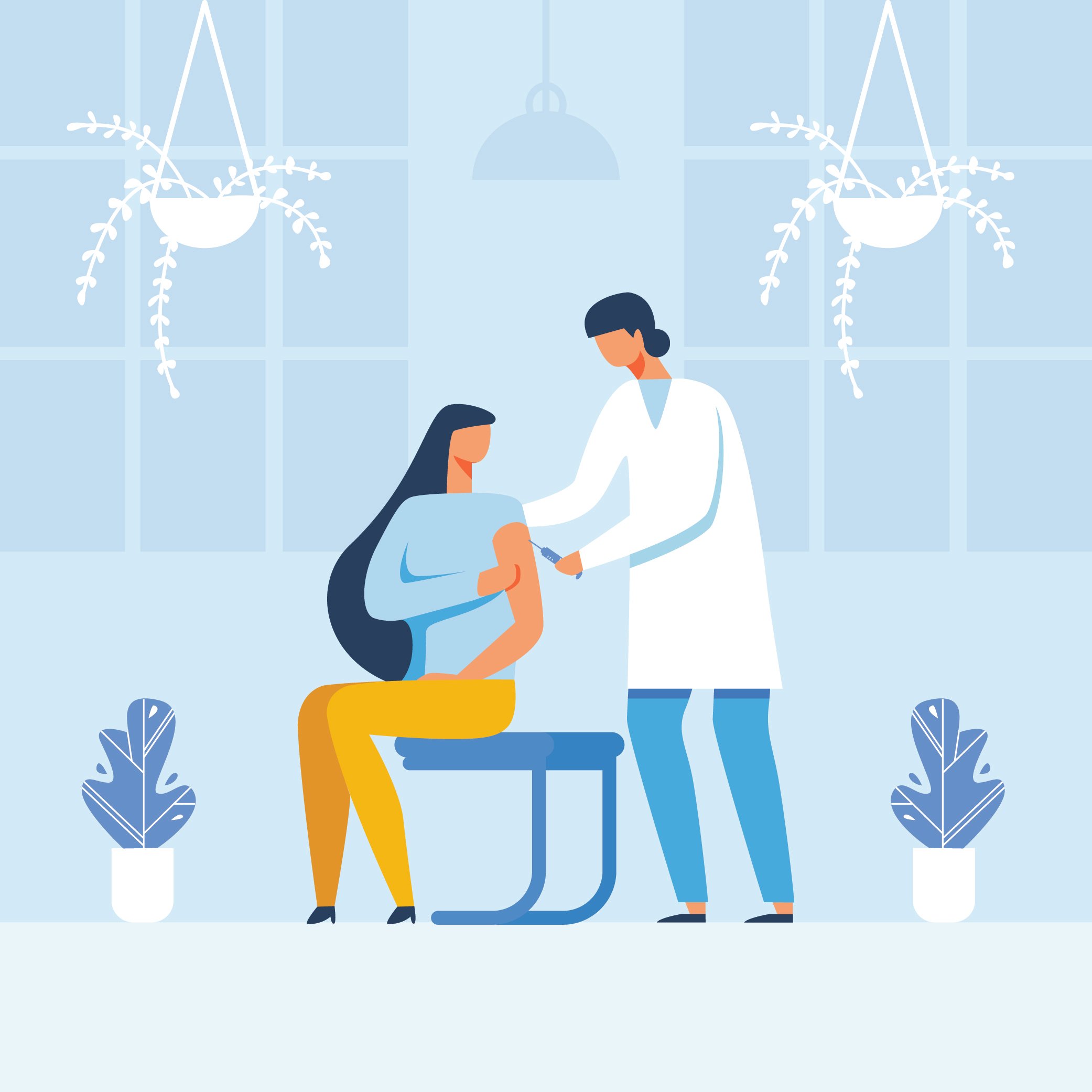 It’s the good news we all need. Last week, New York-based pharmaceutical company Pfizer, who is developing a COVID-19 vaccine with German company BioNTech, announced that, based on preliminary data, its vaccine appears to be more than 90 percent effective.

Then, on Monday morning, the Cambridge, Mass. biotech firm Moderna said its vaccine appears to be 94.5 percent effective, also based on early data.

But don’t book that family reunion for mid-2021 just yet. While it’s certainly news worth celebrating, there are a lot of unknowns about these vaccines and the many others in development—including when they will be widely available. “This news, in my opinion, is a little early,” says Horacio Bach, adjunct professor in the University of British Columbia’s division of infectious diseases, of the Pfizer news last week. “We’re talking about a very small number of people [included in this interim analysis].” [The Pfizer trial only has data on 94 COVID cases so far—based on the percentage of people in the placebo group compared to the vaccine group, scientists have determined the vaccine is 90 percent effective. But that could change once they see more data.]

Dr. Susy Hota, medical director of infection prevention and control at the University Health Network in Toronto, says that while the news is promising, we can’t forget where we are, right now, in the pandemic. “In many parts of Canada, we’re entering into a very difficult period where transmission is going up and at a fairly rapid pace,” says Hota. “I think we have to be prepared to continue with masking and continuing with some form of physical distancing for a while.”

Still, this positive news about the Pfizer and Moderna vaccines is a signal that brighter times could be on the horizon. Here’s what you need to know.

How exactly do vaccines work again?

When a foreign virus or bacteria enters your body, your immune system creates antibodies to fight it off. If your body is exposed to that specific invader again, it already has the weapon to combat it at the ready, and you don’t get sick.

Vaccines train your immune system to combat the invader before it’s exposed to it. To do this, they introduce an antigen—or foreign substance—in a non-threatening way. (Often via a weakened or dead form of the virus.) Both the Pfizer/BioNTech and the Moderna vaccines use a new technology, called messenger RNA (mRNA), where the body builds the antigen itself. One huge advantage of an mRNA vaccine is that the companies don’t need to grow the actual virus—which saves time when it comes to manufacturing mass amounts of vaccine. “You can actually develop and manufacture them relatively rapidly compared to a lot of other technologies that are used in other types of platforms,” says Hota.

In all cases, when your body is exposed to the antigen via the vaccine, it creates antibodies that will then fight off the invader when exposed to it in real life.

What do we know about the Pfizer and Moderna vaccines?

So far, Pfizer has enrolled 43,538 volunteers from six countries in its Phase 3 trial—the big trial that’s done before a vaccine or treatment is approved. (Phase 1 and 2 trials assess safety and efficacy in a smaller number of people). These volunteers were given two doses, 21 days apart, of either the vaccine or a placebo. In this interim analysis, an independent company analyzed 94 cases of COVID-19 in the study population seven days after the second dose was given, and found that based on the number of cases of COVID in each group, the vaccine was more than 90 percent effective. The press release didn’t cite exact numbers, but according to the Washington Post, fewer than nine out of the 94 cases of COVID were in people who had received the vaccine.

In the Moderna trial, more than 30,000 people in the United States were injected with the vaccine, with 42 percent of participants in high risk groups, such as those over the age of 65 or with chronic health conditions. The analysis looked at 95 cases of COVID that occurred two weeks after the participants received the second dose of the vaccine. Out of those 95 cases, 90 were in the placebo group, and only 5 received the vaccine.

As far as vaccines go, this rate of effectiveness is quite high. “It’s fantastic. When we talk about the flu vaccine, that’s 30 to 50 percent effective. This is more like the measles vaccine’s effectiveness,” says Bach.

One caveat—it’s unclear how long protection will last. Bach points out that some studies show COVID-19 antibodies stick around in the body for about five or six months, but it’s unclear if these or any other vaccine’s effectiveness would last for a similar amount of time. Experts also point out that this information has only been detailed in press releases so far, and has not been peer reviewed.

What other vaccines are in development?

The Pfizer and Moderna vaccines are two of dozens in development worldwide. Just a dozen are in Phase 3 trials, however—those are the large-scale studies that happen before a vaccine is approved for use.

Both the Pfizer and Moderna vaccines are considered frontrunners in the race to develop a vaccine. A third frontrunner, this one by researchers at Oxford University and AstraZeneca, uses a chimpanzee adenovirus (a virus similar to a cold or flu) as a conduit, which is modified with the SARS-CoV-2 spike protein (the spikey bumps that protrude from the coronavirus, giving it its “corona,” or crown, name). That group says the interim results of its Phase 3 trial, which is enrolling up to 50,000 people, should be available in the next few weeks.

Hota says Pfizer’s success bodes well for the other vaccine candidates. “A lot of these vaccines are targeting this one particular part of the virus, the spike protein [which is considered key to infection]. There’s always the question of, ‘What if we got that wrong?’ But this really opens up the possibility that many of those other candidates will also be successful because we’ve chosen the right target.”

When will a vaccine be available in Canada?

There are a lot of hurdles to clear before a vaccine becomes available to the average Canadian. “I think there are some very optimistic timelines being thrown out there in terms of when this vaccine will be available and ready to go,” says Hota. (Justin Trudeau said last week that “we hope to see vaccines landing [in Canada] in the early next year but between now and then it’s really really important that we double down on our efforts.”) First, the companies need to finish their studies and have them peer reviewed and then go through the regulatory approval process with Health Canada, which will likely be expedited.

Since multiple vaccines are in Phase 3 trials, there’s a possibility more than one could be available next year, and so far it’s unclear what the rollout will look like. “I think it’s unlikely Canadians will get to choose [which vaccine they get],” says Bach. Rather, there will likely be some prioritization based on what vaccines work best for different populations. The National Advisory Committee on Immunization has developed a framework for distribution, which recommends that key populations, like the elderly, those with high-risk conditions and medical workers, receive any vaccines first, as long as they are deemed safe and effective in that group. So far, Canada has pre-purchased 358 million doses of the COVID-19 vaccine from seven companies, in an effort to ensure the country has access to enough safe and effective doses of the vaccine.

One major drawback to the Pfizer/BioNtech vaccine, that will significantly impact distribution: it needs to be kept at -70C. “The freezer in your house is -20C. There are a lot of logistical problems that need to be addressed,” says Bach. It’s not an insurmountable issue, but it definitely complicates matters. “Let’s talk about a First Nations population in the north. Let’s talk about a little town in the middle of the province. All these places have the same right to get the vaccine.”

Fortunately, other vaccines in development do not have the same cold storage requirements. The Moderna vaccine, for example, can be kept in a regular freezer for six months, and then in a fridge for 30 days.

How will we know a vaccine is safe?

There are, understandably, concerns about any COVID vaccine’s safety given how quickly they are being developed.

All vaccines in development will be closely monitored for side effects and adverse events like severe illness or death. In fact, several vaccine trials, including the Oxford University/AstraZeneca trial, have had to pause temporarily to investigate illness or death in their volunteers, only resuming after an investigation into the issue determined that the event was not caused by the vaccine.

Both Pfizer and Moderna have said there have been no significant safety concerns in their trials—but that doesn’t mean something won’t come up down the road. Unfortunately, we don’t have the luxury of waiting for years of data. “It really is a balancing of what the risks are. And the pandemic itself is posing a huge safety risk to people and your risk, if you get COVID-19 is, is also quite tangible,” says Hota.

It’s also worth noting that at this point, the data on the Pfizer and Moderna vaccines only includes participants over the age of 18, although Pfizer started testing on adolescents in October. None of the vaccines have begun testing in children under 12—something that needs to be done before kids are able to get the vaccine.

So, when can we return to normal life?

It will still be months, if not years, before the majority of the population will be able to get vaccinated against COVID-19 to create the herd immunity needed to live life as we were pre-pandemic. Irrespective of the regulatory and logistical challenges, there will be public skepticism of any vaccine that’s developed so quickly, especially if it’s not very effective or if its effectiveness wears off. “There are going to be problems related to confidence,” says Bach. “Let’s say after eight months they say ‘Oops, the antibodies disappeared.’ How are you going to convince people to take the vaccine again? What if you say, ‘Do you want to try a new one?’ They’re not going to want to try.”

For Hota, the news that Pfizer’s vaccine appears to be quite effective is at least a sign there may be an end in sight. “Had we heard that the vaccine was pretty mediocre—I think that would make people feel very uncertain about how things are,” she says. Still, she encourages people to stay diligent about masking and physical distancing. “Just because a vaccine may be on the horizon, it doesn’t mean that we are going to be changing things too rapidly. I worry people will be thinking, ‘Oh, there’s going to be a vaccine soon. Why are we putting all these restrictions into place right now?’ It’s great to have some positive news, but I’m hoping that that doesn’t make people feel like—whatever, let’s go to that party this weekend.”