A team of Florida scientists is trying to improve the modern tomato. 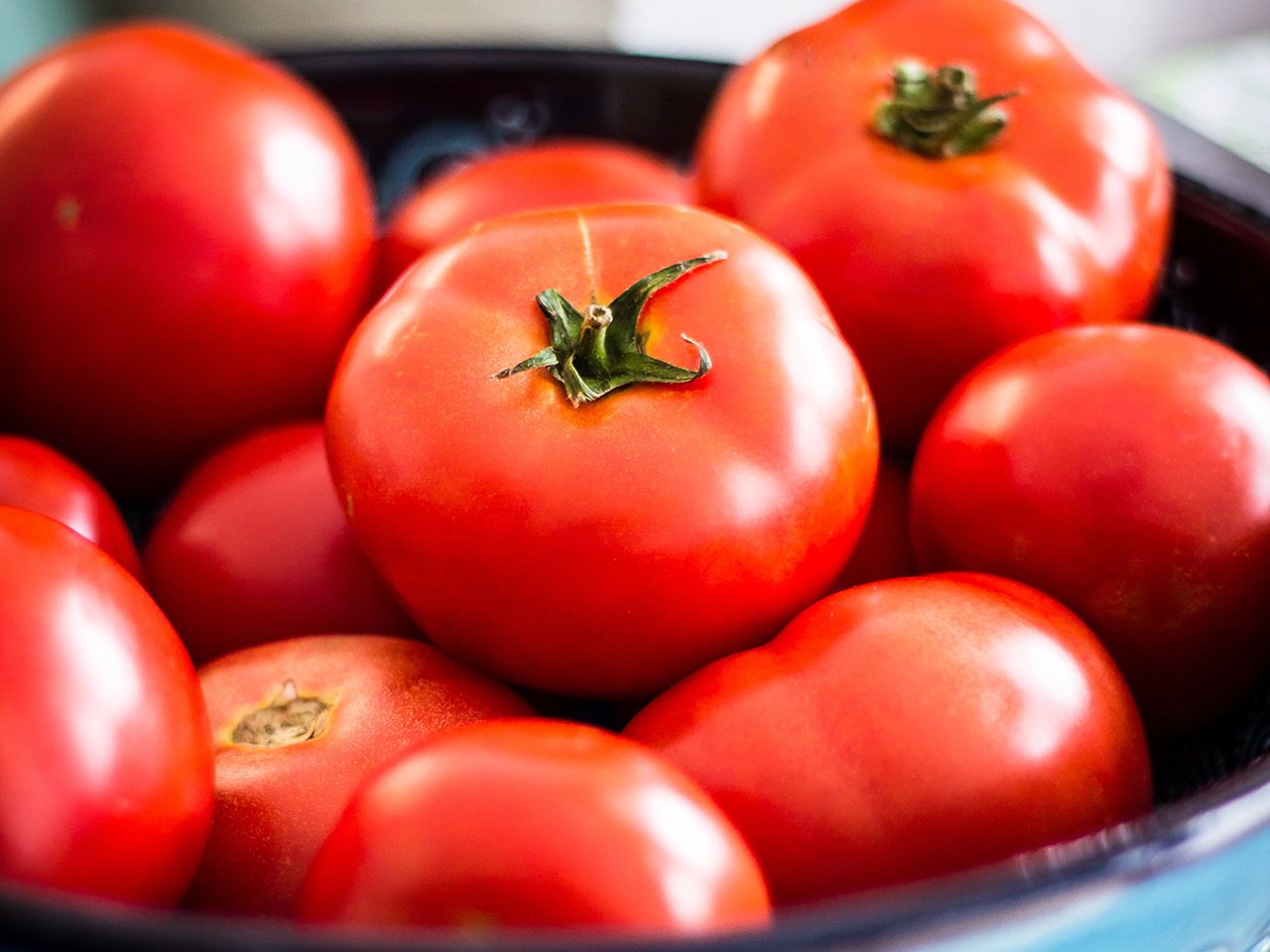 University of Florida researchers have identified the chemical compounds that give tomatoes its sweet and sour taste – and they’re hoping to put that back in our modern tomatoes. Photo, Deniz Altindas/Unsplash.

Take a ripe, freshly picked tomato, and compare it to its pale supermarket cousin. The first is a palate-awakening combination of sweet and sour, the second watery and tasteless. Tomatoes take their flavour from time spent on the vine, but industrially grown tomatoes may never get the chance to fully ripen. They’re picked while still green to keep them firm and less likely to bruise during shipping. To enhance their appeal, they’re later sprayed with ethylene, a natural gas that emits from the fruit on the vine. But the end result is usually flavourless, because most modern tomatoes aren’t ripe — they’re just red.

In a quest to fix supermarket tomatoes, Florida researchers looked at 398 different types — including modern, heirloom and wild — and identified the chemical and genetic makeup of each one. They had a consumer panel taste-test 101 varieties, cross-referencing the panel’s favourites with their genomic findings. They ended up with 13 genetic compositions that are most likely responsible for giving tomatoes their flavour. We spoke to Denise Tieman, research assistant at the University of Florida and first author of the tomato study, about how her lab is bringing flavour back to the modern tomato.

Why have we let supermarket tomatoes get to this point?

For industrial growers, it all comes down to priorities. North American consumers want year-round availability, so farmers started breeding their plants for qualities like firmness, shelf-life, large yield and disease resistance, says Tieman. “Not to discount any of that because it’s all important. We want to have tomatoes in the grocery stores year round and be able to ship them long distances when it’s winter in the north. If they have to be shipped from Florida or Mexico, you need to have all those traits.”

But as growers bred tomatoes to meet those priorities, flavour gradually diminished. “Every time they bred it and tasted it, they thought, ‘that doesn’t taste so bad,'” says Tieman. “But after doing it over and over, the flavour has changed.”

What gives tomatoes their flavour?

There are three important components that make up that delightful fresh tomato taste: sugar, acidity and aroma. “The sugar makes it sweet, the acid gives it that sour taste, and the volatile aroma compound is what makes a tomato taste like a tomato,” says Tieman.

How do we fix modern tomatoes?

Going back to the old varieties is not an option — at least, not for grocery stores. “We don’t want to grow the heirloom varieties because sometimes you’ll get two tomatoes per plant and that’s not practical,” says Tieman. “They can’t be shipped for long distances and they have no shelf life.”

The solution? Add the flavour back into the modern, durable tomato. Sadly, there’s no shortcut to testing something as subjective as taste. It requires a large number of people to taste the tomato and give feedback. (Plus, it’s labour intensive to have researchers examine the biochemistry of each tomato.) That’s why it’s been so difficult to breed for flavour. But the new study from Tieman and the University of Florida lab provides helpful data for growers.

“In the past, we’ve looked at the biochemistry of what these aroma compounds are and what combination of them makes a good-tasting tomato. Now that we know what makes a good-tasting tomato, we’ve looked at the genetics that are important for the flavour compound,” says Tieman. “We can look at the DNA from a leaf from a very small plant and say if this likely to be a very good-tasting tomato. If it’s not, then we can throw that plant away before we grow it. We’ll still have to grow up the ones we think will be good and taste them, but it saves us a huge amount of work.”

How far away are we from being able to buy sweet-tasting tomatoes in the supermarket?

The end goal is to get a tomato as sweet as if it were grown in your own garden while durable enough to make it to the grocery store in the winter. The team is currently studying five or more genes and breeding can take a few years, but she says this information is now available for anyone who wants to breed their own variety. Tieman estimates a growable tomato that’s both durable and flavourful in about three to five years but, she says, “it all depends on how lucky we are.”

More:
10 delicious ways to use a whole can of tomatoes
Sugar is worse for your health than smoking, new book argues
Sick of winter? 10 ways to make things cozier while we wait out the cold