Why Cheez Whiz Haters Are Wrong

The fluorescent orange cheese spread is awesome. Here's why. 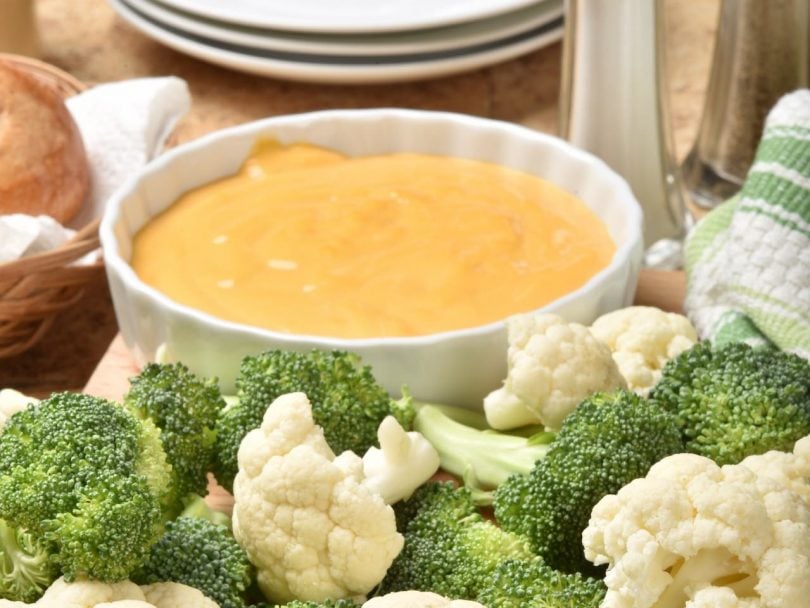 The orange, spreadable cheese product Cheez Whiz has fallen on hard times since its height as a cocktail party staple in the decades following its post-war release.

Funnily enough, for all of the disdain that greets any mention of Cheez Whiz, the cult spread has a refined origin story: First released in 1953, the distinctly American product was created by food scientists as a time-saving alternative to Welsh rarebit—the belly warming (but time-consuming) British dish of savoury melted cheese sauce on dense toast. It was often used in hors d’oeuvres (typically, spread on crackers), as a dip for veggies, and as a sauce on sandwiches—though it’s been increasingly marginalized over the past few decades, as the desire to consume responsibly-sourced, real food has gained wider appeal.

And yet, despite the fact that Cheez Whiz is often considered an overly-processed, nutritional nightmare, there’s still a time and a place to appreciate the nostalgia-inducing spread. For me, it made bland veggies during childhood more palatable (let’s be honest, no kid likes boiled Brussels sprouts). And I’ll admit, Cheez Whiz continues to be a crutch I occasionally lean on when feeling wistful for a bygone time—enjoyed slightly warmed and spread on toasted white Wonder Bread (another rare indulgence) for an umami-heavy, crispy, creamy treat in moments of weakness. Here are three easy ways to devour Cheez Whiz.

Cheez Whiz has long been a time-tested trick for getting kids to eat their greens. Heat it up and it goes great with steamed cauliflower or broccoli as a one-for-you, one-for-them snack. Making baked potatoes? Warm Cheez Whiz fills every nook of a piping tuber, and pairs well with onions, bacon bits and sour cream. It’s also an essential component for making a mean plate of cheese fries.

There’s a good reason why Philadelphia’s famed restaurant Pat’s King of Steak uses Cheez Whiz on its Philly cheesesteak sandwiches: the gooey, salty sauce perfectly smothers the thin sliced ribeye, fried onions and sautéed peppers. The best part? You can easily use Cheez Whiz to recreate the legendary sammy at home. It also works well when making cheese dogs. In the cooler months, try spreading some on a hot dog before wrapping it in croissant dough and baking it to make pigs in a blanket.

The long-time favourite for many kids throughout North America, Cheez Whiz on toasted white bread is, for some, a taste of childhood. Admittedly, the simple snack is unlikely to score you points with your culinary-minded friends, but it’s hard to think of another dish that inspires nostalgia in so many people. In a pinch, Cheez Whiz can also pass as a substitute for pimento cheese, the Southern staple that’s often spread on crackers or in sandwiches. You can even use it to dip nachos in (though admittedly, it’s improved by the addition of fried or raw onions and pickled jalapenos). One thing’s for sure—for reasons of both texture and taste, don’t eat Cheez Whiz cold.

How to make nachos supreme