A&W Has A New, Buzzy Plant-Based Beyond Burger. But How Does It Taste?

It's supposed to look and taste just like beef. 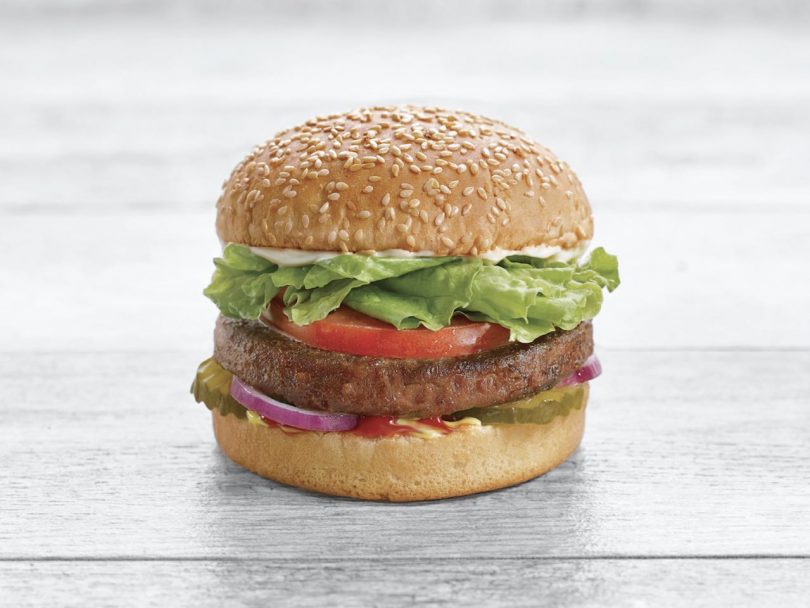 Vegans and vegetarians across the country rejoiced on July 9 because A&W Canada started selling the Beyond Meat burger. Unlike many other plant-based patties, this one is supposed to look, cook and taste like beef. So, is it worth a trip to your closest A&W?

What is the Beyond Meat burger?

A&W debuted its latest menu addition at its 925 stores across Canada on July 9. The fast food chain itself doesn’t make the burgers, but buys them from the high-tech food company Beyond Meat. Right now, A&W Canada is the California-based food company’s biggest restaurant partner. This is also the first time the much-hyped patty, made with pea protein isolate, coconut oil and beets (for that beefy colour), has been available here, though stateside, it’s sold at major grocery stores, including on Amazon. What sets this vegan patty apart from other meatless burgers is that before it’s cooked, it actually resembles raw meat. (But don’t expect your A&W veggie burger to bleed — that’s the Impossible Burger, another buzzed-about patty, which isn’t available in Canada.) 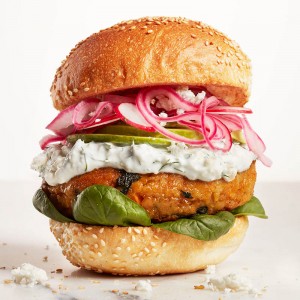 How does the A&W Beyond Meat burger taste?

After hearing many of my colleagues and vegetarian and vegan friends rave about A&W’s newest menu addition, I had to try it for myself. I don’t follow an exclusively plant-based diet. However, I don’t eat much red meat and when I’m at a burger joint or barbecue, I usually go for the veggie option, so I moseyed on over to a food court A&W at lunchtime and ordered myself a Beyond Meat burger ($7.90, with tax). It looked like a burger, smelled like a burger and tasted…nothing like beef.

But frankly, it would be unfair to compare this patty to beef (it’s beyond meat, remember?). Instead, it’s a delicious veggie burger — one of the best I’ve ever had at a restaurant, fast food or otherwise — with a surprisingly meaty mouthfeel thanks to a crisp sear and pleasantly spongy interior. It doesn’t fall apart or crumble (and there are no random chunks of black beans, peas or corn niblets, either). Best of all, it comes all dressed up with ketchup, mustard, mayo, lettuce, tomatoes, onions and crunchy pickle, giving longtime vegetarians that nostalgic fast-food-burger flavour.

Is the Beyond Burger vegan?

Be warned that while the patty itself is vegan, it’s cooked on the same grill as the meat burger. It also automatically comes dressed with mayo, so order it without that condiment if you avoid eggs.

So what’s your review?

I devoured my Beyond Meat burger at my desk on Monday, but really, I would only know if this patty was a winner if I craved it a few days later (hint: I did).

How to make vegan lasagna