Cutting back on meat and dairy can be the single most effective way to shrink your carbon footprint—and take a step toward a healthier diet in the process. 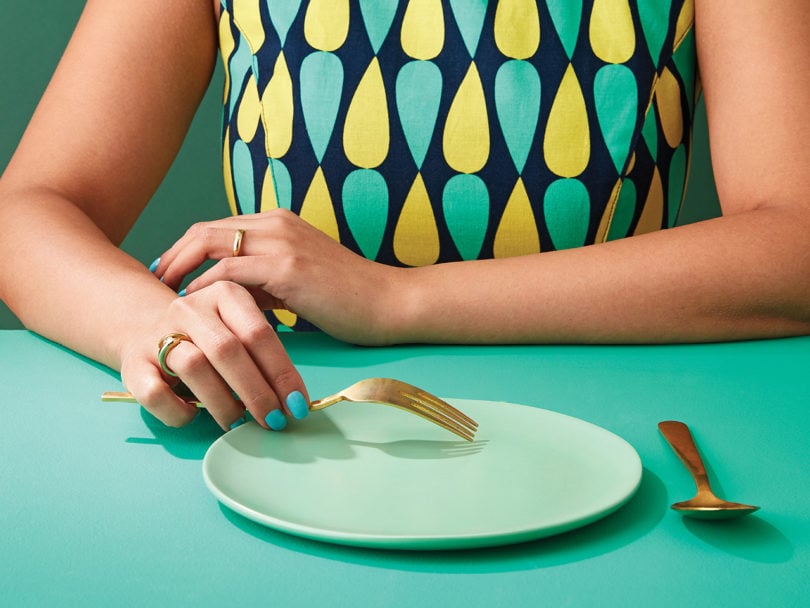 The plant-based food movement is having a moment. Beyond Meat products are available at an ever-increasing number of fast-food chains across Canada. More and more plant-based protein options are turning up on grocery store shelves as well, and that’s not going to change any time soon, according to the National Research Council of Canada. It predicts that the market for alternative proteins—including everything from lentils and beans to tofu—will make up a full third of the protein we purchase by 2024.

The shift is in response to consumers’ changing tastes: A study from Dalhousie University found that most Canadians have thought about reducing how much meat they eat, and 32 percent of us intend to cut back on meat consumption within the next six months. “The momentum is building,” says Maria Ricupero, a registered dietitian in Toronto.

So what is plant-based eating, exactly? It’s consuming far less meat and dairy—or none at all—and more fruits, vegetables, legumes, grains and nuts. (It’s also different than identifying as vegan, since vegans often abstain from wearing products made from animals or tested on animals.) Plant-based eating has gained popularity for two very good reasons: It’s a great way to improve your health and an important step in tackling the climate crisis.

A plant-based diet comes with a wealth of health benefits: Vegetarians, for example, are 29 percent less likely to die from heart disease and have an 18 percent lower risk of cancer than meat-eaters. Even the typically conservative Canada’s Food Guide now recommends people eat more plant-based proteins.

At the same time, food accounts for nearly a quarter of the world’s greenhouse gas emissions—that’s more than all our cars, planes, trains and ships combined. Groups like the EAT-Lancet Commission, an independent non-profit collaboration of 37 preeminent scientists from 16 countries, have researched the optimal diet for both health and sustainability. It concluded—in a report published in the prestigious medical journal Lancet—that diets with fewer animal-sourced foods are better for the environment, and those with more plant-based foods are better for your health. “So bring both together and you get both outcomes at the same time—[a diet that’s] better for health and for the planet,” says Brent Loken, former director of science translation for EAT. “We will not tackle and solve the Paris Agreement [on climate change] if we don’t tackle food.”

The benefits for your health

The benefits of plant-based diets on health are also clear, thanks to decades of research into veganism, vegetarianism and traditional diets that include limited amounts of meat, like the Mediterranean diet.

People who are vegetarian and vegan tend to have lower blood pressure and slightly lower cholesterol levels, which can partly be explained by consuming less meat. Vegetarians are also less likely to develop type 2 diabetes, some types of cancer (especially colorectal cancers) and heart disease, and are less likely to be overweight or obese than those who eat meat.

Eating meat doesn’t make you way more likely to develop any one of those things—eating processed meat every day, for example, only raises your risk of colorectal cancer from five percent to six percent. But cumulatively, all of the small increases in various risk factors that are caused by meat-eating are meaningful, says David Jenkins, a physician and professor of nutritional sciences at the University of Toronto.

“There are these seven percent, eight percent, 10 percent increases in risks [that come with eating meat products], and they might seem trivial. But if you look at the fact that you’re more likely to get diabetes, heart disease, breast cancer—when you add them up, then it starts to look a bit more sinister,” he says.

Part of the reason plant-based eating is healthier comes from the fact that plants contain fewer saturated fats than are typically found in animal products. Diets that are high in saturated fats increase the risk of insulin resistance and the risk of heart disease. Processed red meats like ham, bacon, deli meats and pepperoni are especially bad—they’re actually classified as carcinogens by the World Health Organization.

But “it’s difficult to pin [the health issues] on just the meat—it’s about the whole diet,” explains Liesel Carlsson, a dietitian who has researched sustainable food systems. That’s because people who eat less meat also tend to eat more fruits, vegetables, nuts and pulses. Plant-based diets have more magnesium, potassium and folate, and they are higher in antioxidants like vitamin C and E. They also contain lots of fibre, which helps you maintain a healthy weight. High-fibre whole-food diets are also associated with a healthier gut microbiome—unhealthy gut microbiomes have been linked to autoimmune conditions and obesity.

The benefits for the earth

Meat—especially red meat and dairy—has a huge impact on the planet. Part of that is because grazing animals take up a lot of space. If we all cut out meat, it’s estimated the world could be fed on 75 percent less land. Farming is also a major source of deforestation, including in the Amazon, where at least 65 percent of deforestation is estimated to be the result of cattle farming.

Because of this, food production is the leading cause of animal and plant extinction on the earth. “We’re in the middle of the sixth mass extinction,” says Loken. “Only this time, it’s not an asteroid—it’s us.”

On top of that, meat is a water hog: One-third of our freshwater use goes to animal agriculture. Lastly, a typical cow emits about 100 kg a year of methane (a greenhouse gas) through its burps and farts. Multiply that by 1.5 billion, the approximate number of cattle in the world, and you’re left with a lot of methane.

That’s why switching to a plant-based diet is key—recently, a study co-led by Oxford scientists looked at data from nearly 40,000 farms in 119 countries for a research paper published in Science. They found that cutting out meat and dairy is the single best thing most people can personally do for the earth. In an interview with The Guardian, the researchers compared getting calories from meat to getting energy from coal.

Just cutting down on how much meat you eat could reduce your food-related greenhouse gas emissions by about a third. (Cutting out meat and dairy entirely can shrink it by about 45 percent or more.) “So many people are thinking, how the hell am I going to solve climate change,” says Loken. “The great thing about changing how you eat is you actually can make a huge difference.”

How to adopt a plant-based diet

Feel ready to commit to eating less meat? Start by using the EAT-Lancet’s well-researched intake targets. The commission suggests eating around five servings of meat a week—including eggs (two eggs = one serving), chicken and red meat—and one to two servings a day of dairy products. That might sound like a lot, but it’s a significant reduction. The average North American eats more than six times that much red meat per week, and almost one and a half times as much dairy. (Looking to make a more ambitious change? Bear in mind that humans actually don’t need to eat animal-sourced food as part of a healthy diet.)

EAT-Lancet offers a maximum for each category in a day, as well as a target within that range. If you follow EAT-Lancet’s targets, your meat eating would look something like this: 14 grams of beef, lamb or pork a day, (or one supermarket hamburger every 8 days or so), 29 grams of poultry (that’s one small chicken breast a week), 13 grams of eggs (one large egg every four days), 28 grams of fish (one supermarket salmon fillet every 5 days), and 250 grams of milk per day (just under one cup of milk). But the categories are interchangeable—if you eat less poultry, you can add more eggs, for example.

As you cut meat out of your diet, be sure you’re replacing it with high-quality alternatives—whole foods and protein-rich plant-based options, like legumes or tofu. While the planet might thank you for ordering an Impossible Burger instead of a regular one, you won’t see real health benefits from swapping meat for processed food, even if it’s plant-based—or, worse, from cutting out meat and adding in refined carbs or junk food. “People are always focused on what we should be cutting out. But what we often forget to pay attention to is what we should be including,” says Ricupero.

She recommends starting by looking at meals you already eat and thinking about how to modify them. For example, try reducing or replacing the meat in your favourite pasta dish with a sauce made from vegetables and lentils, or ground tofu.

For those considering a complete elimination of meat and dairy, it’s extra important to think through what you’re eating. Meatless, dairy-free eating is healthy enough that it’s an appropriate diet for everyone—though pregnant women (and families with young kids who are interested in following a plant-based diet) should talk to a dietitian or doctor to ensure everyone is getting the nutrients they need.

The main concerns surrounding a diet that doesn’t include meat and dairy are calcium and micronutrient deficiencies—not getting enough vitamin B12, vitamin D, vitamin K and iron. (This is the reason some vegans report they eventually start feeling sluggish, and then suddenly feel better when they start eating meat again.) Eating a wide variety of plant-based proteins helps prevent this, as does adding in fortified foods, like fortified soy, almond and oat milk beverages, and cereal. To enhance your iron intake, pair plant-based sources of iron with foods with vitamin C—it increases your body’s ability to absorb it.

If you eat meat regularly, start cutting back by following the targets given by EAT-Lancet and work your way down slowly over time (a year or more)—if you change your diet in a slower, more thoughtful way, you’ll be more likely to stick with it.

Two decades into becoming a full vegan, Jenkins has nothing but praise for a meatless lifestyle. “I started this for humanitarian reasons [because I was concerned about animal cruelty],” he says. “But it’s expanded since then. You can add tons of reasons—nutritional reasons, environmental reasons. Really, it’s difficult to think of a reason not to.”