Is Making Your Own Yogurt *Really* Worth It?

I’ve been making my own yogurt for over a year. Here’s what I’ve learned. 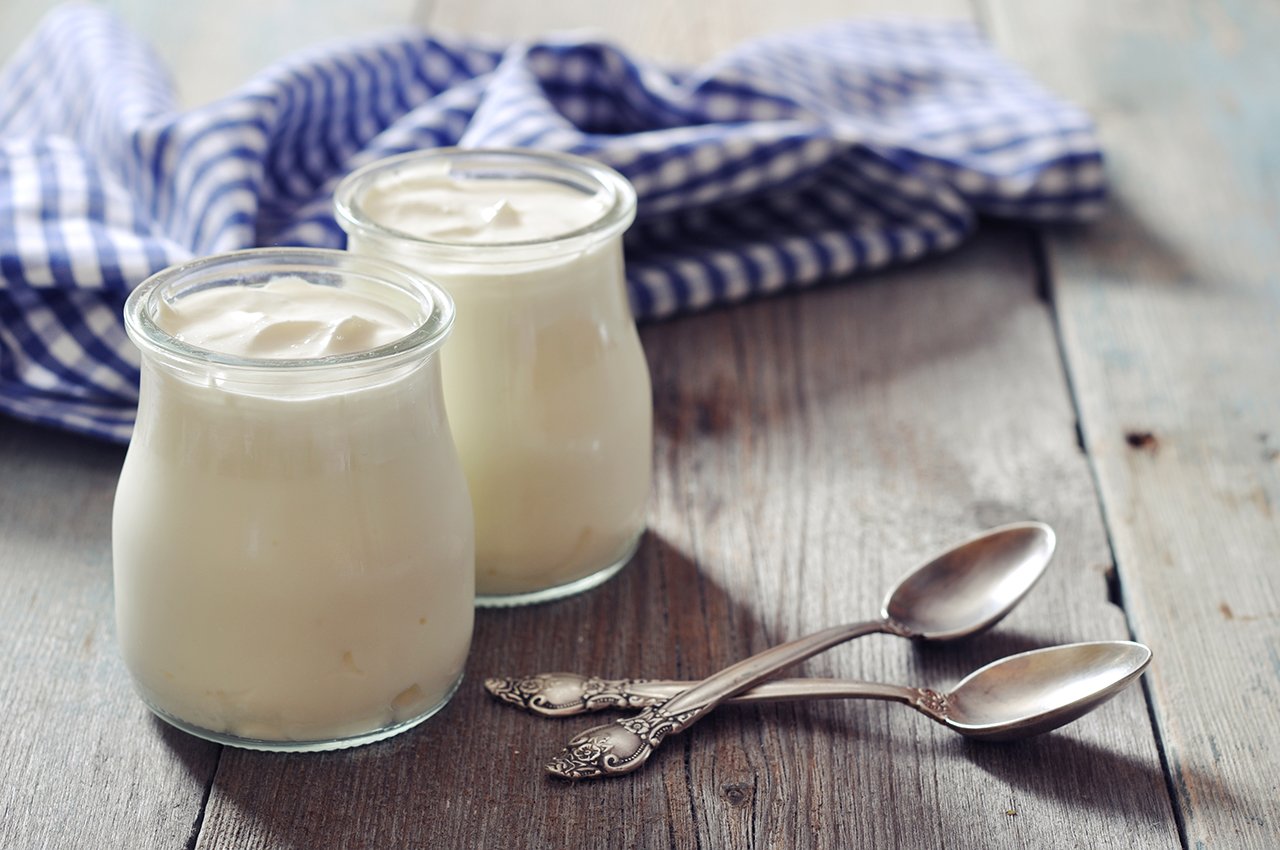 Making your own yogurt is way cheaper than buying yogurt at the store. Depending on the milk you buy and the kind of yogurt you like, homemade yogurt costs 60 to 80 percent less. (Photo: iStock)

My family of four goes through a lot of yogurt. We have yogurt parfaits for breakfast, we use yogurt in marinades, we make frozen yogurt popsicles, and we put yogurt in smoothies. So, when our neighbours learned of our yogurt obsession, they gave us a package of yogurt starter and suggested we make our own. They said it tasted great, was easy to make, and saved money. Well, ever since that first batch of homemade yogurt, we haven’t gone back. Here’s everything you need to know about making your own yogurt.

What do you need to make homemade yogurt?

To get started making your own yogurt, you’ll need milk, a yogurt starter, a machine to incubate the yogurt, and a couple of common kitchen tools.

Making your own yogurt gives you the freedom to use any milk you like. You can use anything from skim milk to cream, and you can even make yogurt with goat milk, sheep milk, or plant-based milk like almond or coconut. (Note: making plant-based yogurt is a different process than the one I’ll outline here.)

Milk with more fat produces creamier, milder yogurt. I like my yogurt rich and silky, so I use organic whole milk. Sometimes I even add cream to make it really decadent. If you prefer low-fat yogurt, you can use skim or one percent—but it makes a runnier yogurt, so you may want to strain it or add a thickener like dry milk powder, gelatin or pectin.

To make yogurt, you need a starter—friendly bacteria that convert lactose into lactic acid. The acidity changes the protein structure of the milk, transforming it into thick and tangy yogurt. You can start a batch of yogurt two ways:

There are several brands of yogurt starter available on Amazon.ca, each with a unique blend of bacteria that produce different flavours and textures. (You can even buy vegan yogurt starter to use with plant-based milk.) I started out with Yógourmet Probiotic Yogurt Starter, which has three strains of probiotics.

Whether homemade or from the store, yogurt itself makes a great yogurt starter. If you’re using store-bought yogurt, check the label to make sure it contains live, active cultures—and doesn’t have any additives like sweeteners, flavours or thickeners. Every time you make yogurt, save 2-3 tbsp to start the next batch. Use it within a week, or it may not contain enough live cultures to work. (If that happens, simply buy more cultures or more yogurt, and start over.) Note that store-bought yogurt will typically give you 3-4 batches, while yogurt made from starter cultures can be re-cultured for much longer. I’ve re-cultured my yogurt for months, with great results.

For yogurt to properly set, it needs to be kept at a constant temperature of 110-115F (43-46C) for at least four hours. The easiest way to do that is with an Instant Pot or a yogurt maker.

There are several yogurt makers on the market. Some make large batches of yogurt, while others make multiple individual servings. With most yogurt makers, you have to heat the milk first in a pot, pour part of it in a container, whisk in the starter, then transfer everything to the yogurt maker. So, this method requires more equipment.

I use an Instant Pot, which has a yogurt function. I already had one when I got started, and it worked so well I didn’t see the point in purchasing (and storing) another gadget. With the Instant Pot, the milk is heated and incubated in the same pot—so the only other tools you need are a whisk and a thermometer. Here’s the Chatelaine recipe for making your own yogurt with an Instant Pot.

Not ready to invest in an Instant Pot or a yogurt maker? You can incubate yogurt in a Thermos, mason jars placed in a cooler with hot water, or a pot placed in an unheated oven with the oven light on. Here’s the Chatelaine recipe for making homemade yogurt without any special equipment.

How long does it take to make homemade yogurt?

It may take a long time to make your own yogurt, but it’s actually very little work. If you can’t go a day without yogurt, don’t wait till you run out before you make your next batch!

First you need to heat the milk to 180F (82C). This kills any bacteria that could compete with the yogurt cultures, and it improves the texture of the yogurt. With an Instant Pot, you simply pour the milk in the pot and press the yogurt button until it says “boil.” If you’re using a yogurt machine, you need to heat the milk on the stove, whisk it frequently to prevent charring, and monitor the temperature with a thermometer. If you overheat the milk, no problem—you’ll still get yogurt, and it might even be thicker.

Next, the milk needs to cool till it reaches 100-115F—the perfect temperature for the yogurt cultures to do their job. You can either let the milk sit at room temperature for about an hour, or you can speed up the process by placing the pot in a large bowl of ice water. Once it has cooled, skim the “skin” off the top of the milk with a spatula or a fork. This is optional, but it will result in creamier yogurt.

Once the milk is at the right temperature, it’s ready for the starter. If you’re using a yogurt maker, pour a cup of the milk into a container, whisk in the starter, then transfer everything to the batch container and start the machine. With an Instant Pot, simply whisk the starter into the pot. Enter the time you want the yogurt to incubate and wait. Yogurt can take as little as four hours and as long as 15 hours, depending on the cultures you use and how mild or tangy you like it. The longer it incubates, the tangier it will be. I incubate my yogurt for six hours.

To avoid rapid temperature changes—which can make the yogurt runny—let the yogurt slowly cool to room temperature for about two hours before putting it in the fridge. Refrigerate for four hours to let it set properly.

Can you make your own Greek yogurt?

The reason Greek yogurt is so rich and thick is because some of the whey (liquid) has been strained out. To make your own, spoon your homemade yogurt into a cheesecloth-lined colander placed over a bowl. Let it drain in the fridge for as little as an hour or as long as a day, depending on the consistency you want. The longer it strains, the thicker it will get.

If you’re serious about making Greek yogurt and want to make large quantities at a time, you can buy a Greek yogurt strainer like this Euro Cuisine Gy50 Greek Yogurt Maker. It’s made of fine mesh and can strain up to two quarts.

When your Greek yogurt is finished, save the whey. It’s full of protein and can be used for all sorts of things, from baking to smoothies to fertilizing plants. (You can even use it to replace the water when making bread; here are some more ideas for how to use it.)

Is homemade yogurt cheaper than store-bought?

Making your own yogurt is way cheaper than buying yogurt at the store. Depending on the milk you buy and the kind of yogurt you like, homemade yogurt costs 60 to 80 percent less.

It’s easy to calculate the savings, because one litre of milk makes a 750-g tub of yogurt (plus some). I used to spend $5.49 on a container of organic yogurt, but one litre of organic milk only costs me $2.32, which is 58 percent less. That means every batch of homemade yogurt saves me $3.17. Since my family goes through two tubs a week, we’re saving $329.68 a year.

Is homemade yogurt better for the planet?

Besides saving money, the main reason I make my own yogurt is to reduce my environmental footprint. I used to buy at least two tubs of yogurt a week, and those plastic containers really added up. Now that I make my own yogurt, I can store it in mason jars—and I avoid using more than 100 plastic containers each year. Although I do buy bagged milk (it’s much cheaper and my household goes through a lot), I’m still cutting back significantly on plastic. To figure out just how much, I weighed an empty yogurt container and an empty milk bag. The yogurt container weighed 32g, and the milk bag weighed only 7g. So even with bagged milk, homemade yogurt uses 78 percent less plastic.

Is making yogurt easier with a yogurt maker?

With most yogurt makers, you have to heat the milk in a pot, mix it with the starter in a separate container, then transfer everything to the yogurt maker. This adds work—and cleanup. The Instant Pot, on the other hand, has a “boil” function specifically for yogurt. The whole process takes place in the one pot.

The Cuisinart Electronic Yogurt Maker With Automatic Cooling is the only model that doesn’t “require” you to heat the milk separately—but if you read the fine print, Cuisinart actually recommends heating the milk first for better results. And reviewers have complained that the Cuisinart produces runny yogurt (if you don’t heat the milk first). The main benefit of the Cuisinart is the cooling function; if you’re not awake or at home to transfer the yogurt to the fridge when it’s done incubating, the unit will keep the yogurt cool for up to 12 hours. This feature almost sold me, but unfortunately the batch container is made of plastic. One Chatelaine editor tried the Cuisinart and says that while it made good yogurt (if you heat the milk first on the stove), she agrees that the plastic container isn’t ideal.

Bottom line: If you don’t have an Instant Pot—or if you have the cash and the storage space for an extra gadget, you may want to try the Cuisinart. But if you want thick, creamy yogurt, you’ll either need to heat the milk first or strain the yogurt after. For yogurt that’s ready from the get-go, your best bet is the Instant Pot.