The 7 Healthiest Cereals Kids (And Adults!) Will Love

A bowl of cereal is fast and easy, but is it nutritious? We've rounded up the most wholesome options to make your mornings better. 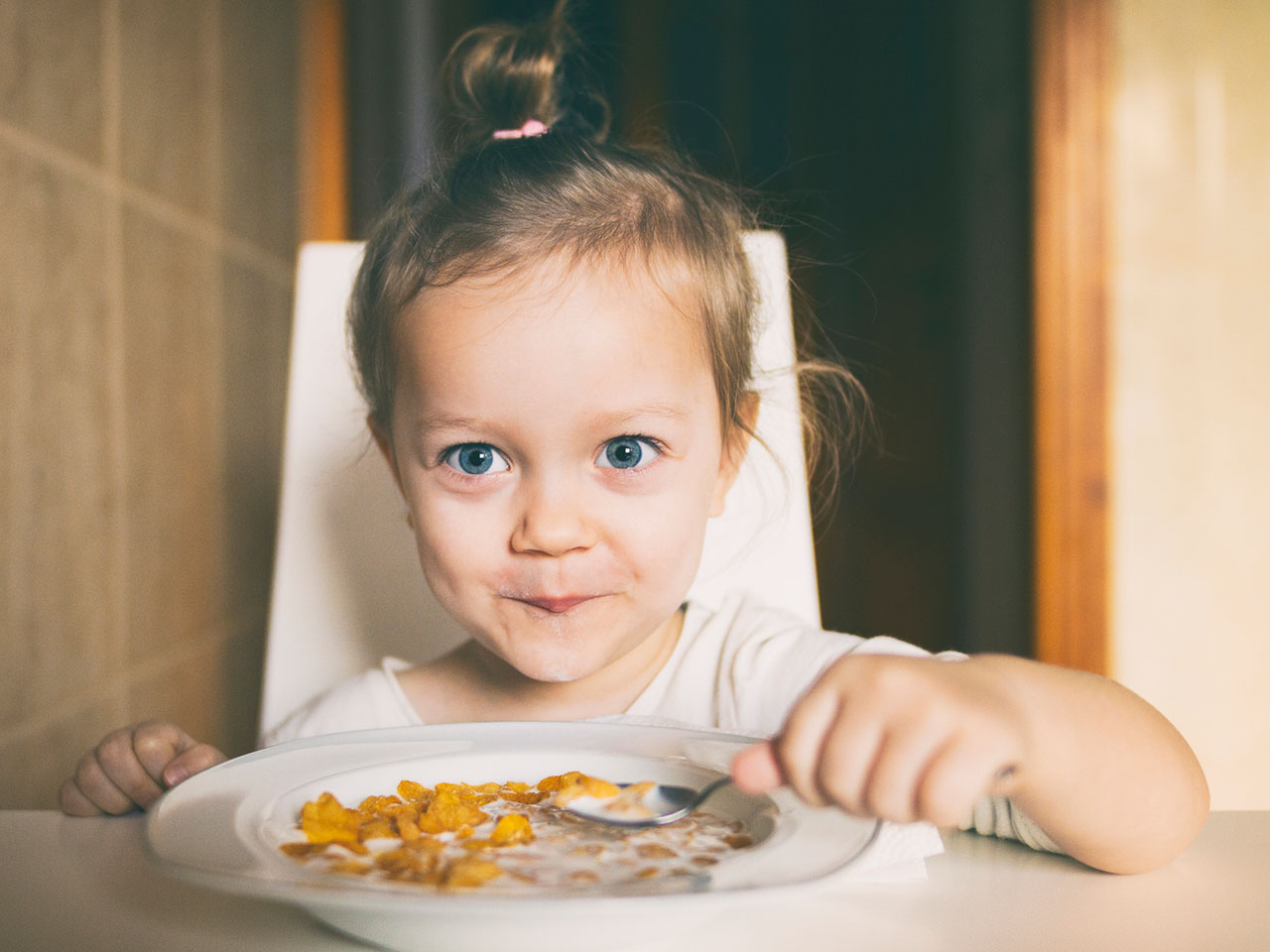 What’s faster than a bowl of cereal and milk for breakfast? It’s a five-minute solution to hectic mornings, and by age six, most kids can make it themselves (which saves even more time).

The downside to cereals? They are processed foods. Making grains into flakes, Os and squares requires processing, then sugar and salt are added. But let’s face it, there’s little chance your kid is sitting down to a bowl of quinoa porridge every morning, so it’s important to select the best cereal options from the vast array in your grocery store.

For a 55 gram serving, your best bests will have at least five grams of fibre, no more than nine grams of sugar (preferably way less, but not likely based on what’s available), and not too much salt (the lowest-sodium cereal on our list has 5 mg). And of course, they have to taste great too! (Calories, protein and fat are roughly the same for all of these, so they weren’t the focus).

Note: All nutrition information listed is based on 55 g of cereal (that’s a big serving for a little kid), which is the amount listed on most on-pack Nutrition Facts tables. Some Nutrition Facts panels will display information for a serving of 30 g or 45 g of cereal instead, so the numbers you read on-pack may not match our list—we did the math so we could compare them all equally. 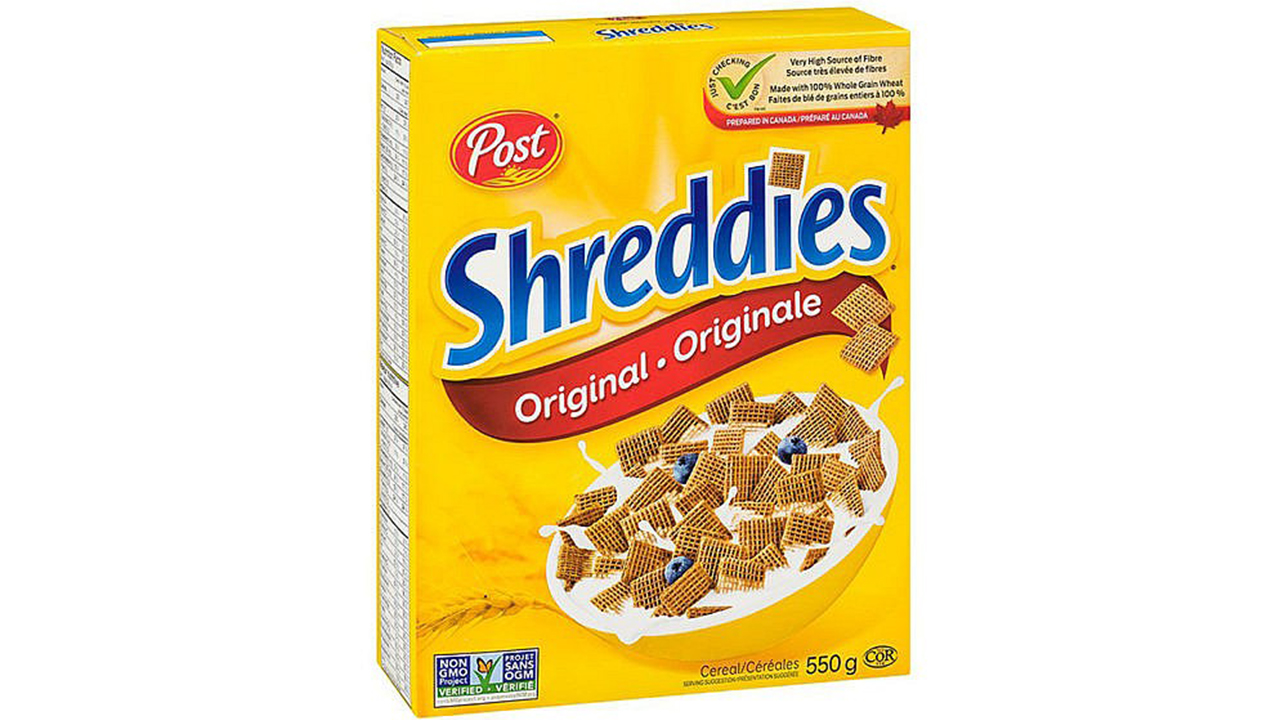 Nutrition notes: The ingredient list is very short with just three (whole grain wheat, sugar and salt), plus a few vitamins and minerals. Six grams of fibre are balanced with nine grams of sugar, so it still tastes good. A bowl of Shreddies also contains a bunch of B-vitamins and 50 percent of the daily need for iron.

Why kids will love it: It stays crunchy for a while, so distracted diners won’t have a soppy bowl of cereal.

Bonus: It’s great as a crispy snack too—combine it with nuts, seeds and dried fruit for trail mix. 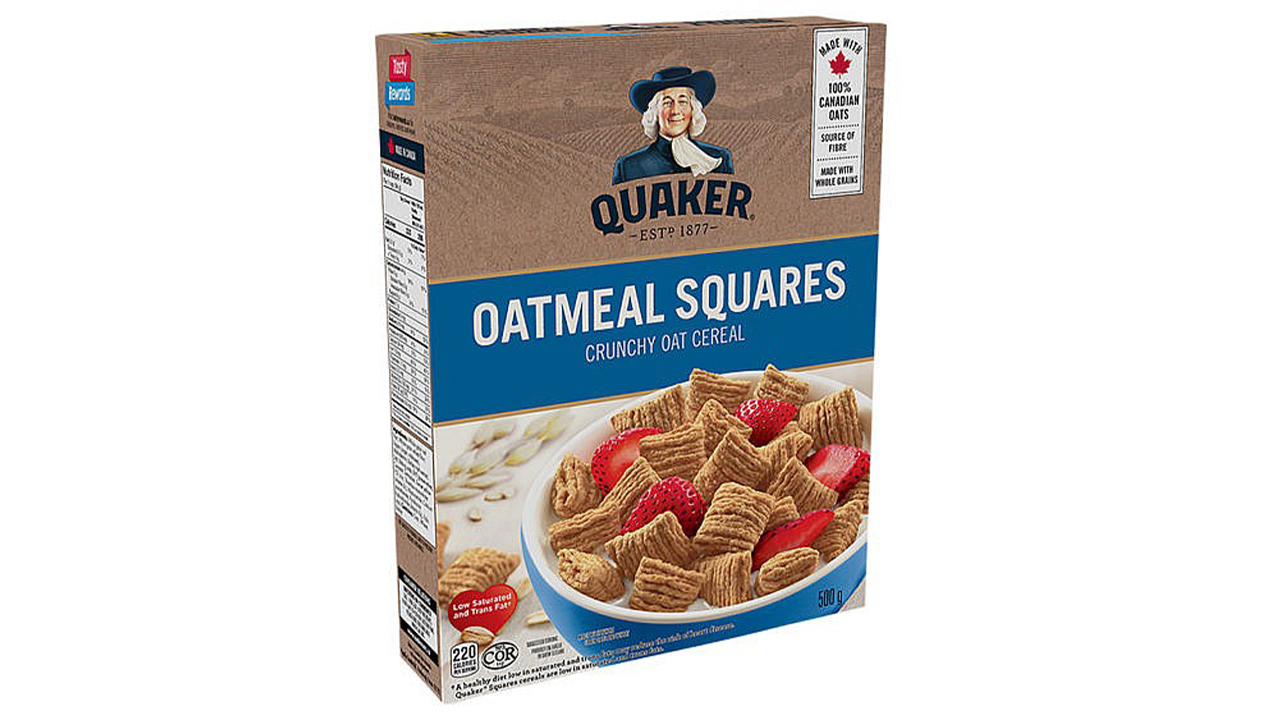 Nutrition notes: Made with 100 percent whole grain oats, this cereal is a nice change from the usual rice and wheat. The sodium is on the high side (210 mg), but each bowl also boasts five grams of fibre, including soluble fibre. It’s also fortified with B-vitamins and iron.

Why kids will love it: It has a pleasing, sweet flavour and good crunch. It’s also a good crunchy snack instead of pretzels or potato chips. 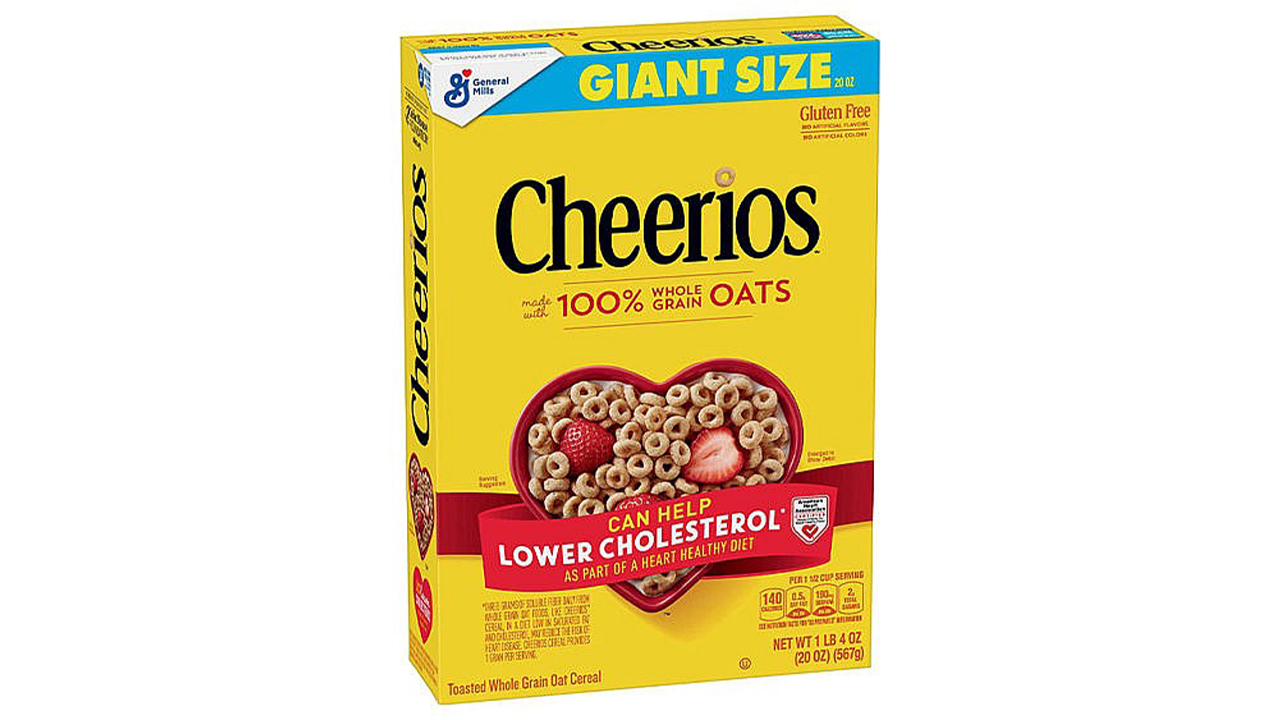 Nutrition notes: Cheerios have a low sugar content, with just two grams per 55 g serving. But that comes at a cost; it has the highest sodium level (340 mg). It’s also fortified with B-vitamins and iron. It’s important to note that flavoured Cheerios (Frosted, Chocolate, Honey-Nut, etc.) are not low-sugar options.

Why kids will love it: It’s a familiar comfort food most kids have been eating since they were babies. It’s suitable as a first finger food, a breakfast cereal and a snack. 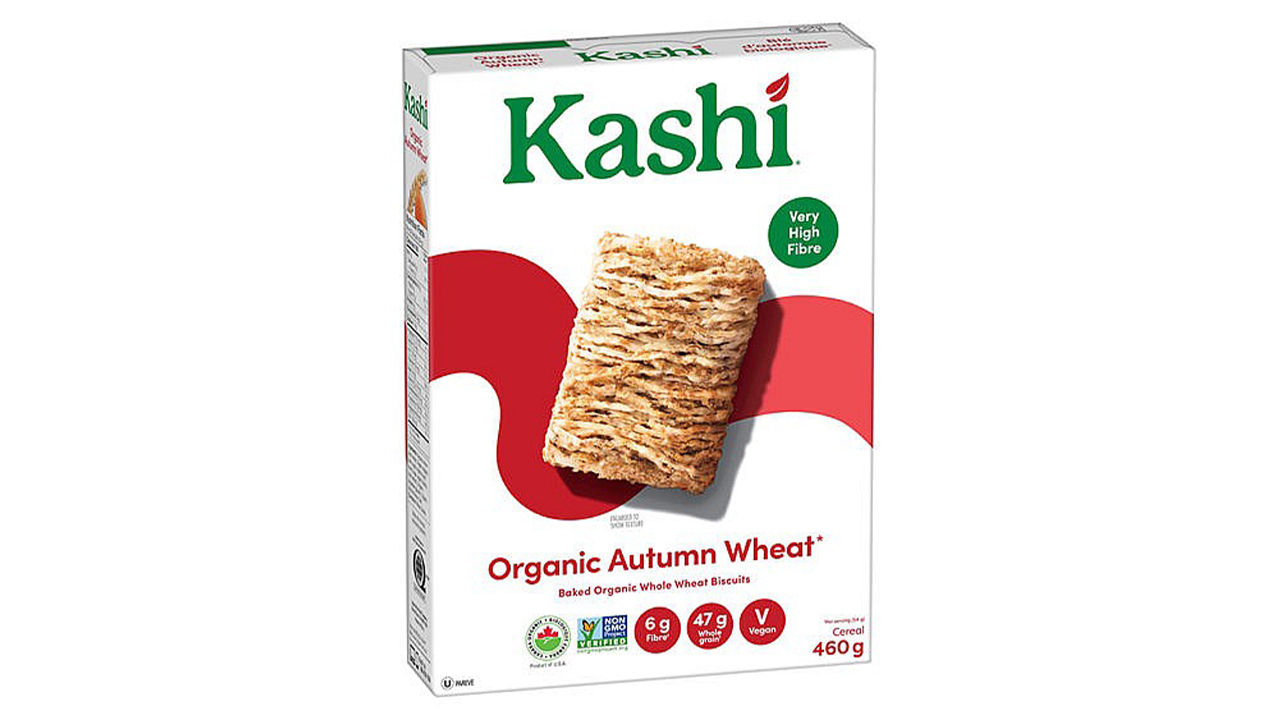 Nutrition notes: These little squares are basically Kellogg’s Mini Wheats without the frosting (Kashi is owned by Kellogg). They are the lowest in sodium (1 mg) and have seven grams of sugar per serving. The main ingredient (one of just five!) is 100 percent whole grain wheat, giving you six grams of fibre per serving.

Why kids will love it: It can be served hot too; use warm milk to create a porridge-like consistency. If your kids like cinnamon, you can also try Kashi Organic Cinnamon Harvest (the same cereal with added cinnamon). 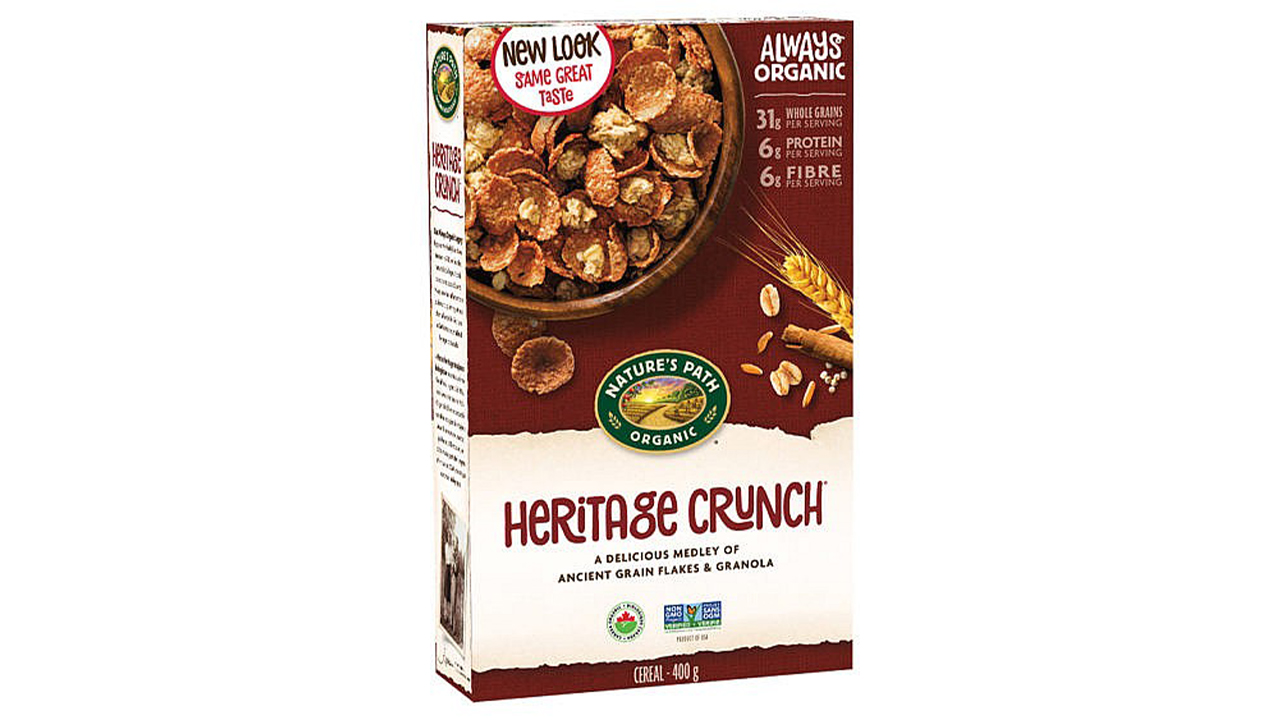 Nutrition notes: This cereal has less sugar than most others on the list—just six grams per serving. It also boasts six grams of fibre from a mix of grains, including wheat bran, kamut, millet, quinoa, oats and barley.

Why kids will love it: If your kids like to mix a bunch of different cereals into one bowl, they’ll love this ready-made mix, which is a nice blend of crunchy flakes and sweet granola clusters. The mild cinnamon taste is a lovely bonus. 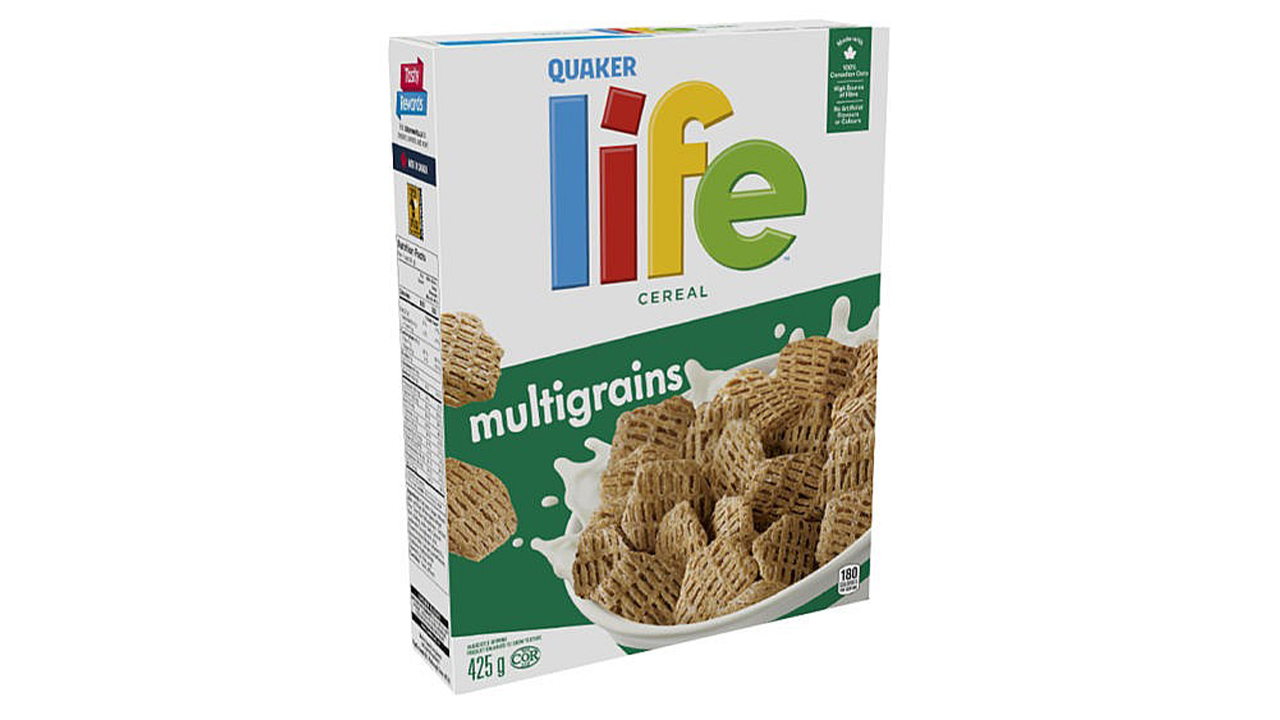 Nutrition notes: Made with a blend of Canadian-grown oats, whole grain wheat and corn flour, these hexagon-shaped bites boast seven grams of fibre. They are also a source of B-vitamins, iron, magnesium and zinc.

Why kids will love it: It’s quite sweet, which is pleasing to many kids’ palates. But it’s still under our sugar cut-off with 9 grams per 55 g serving. 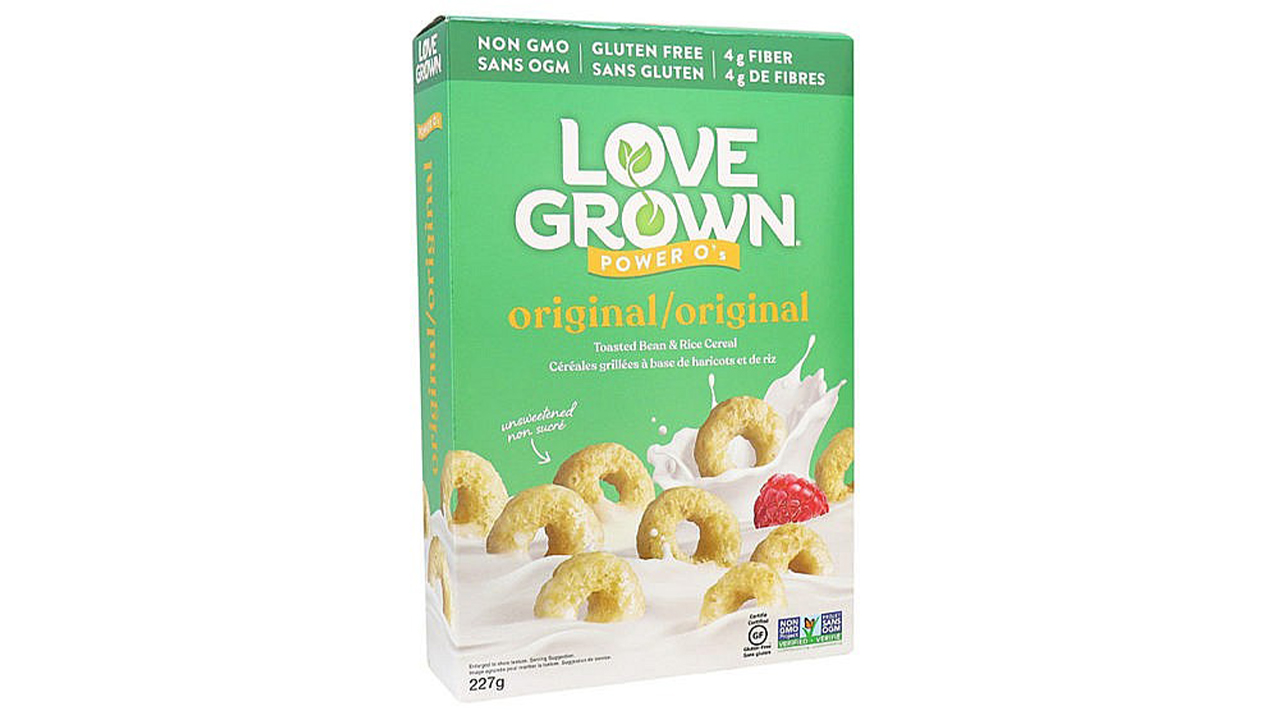 Nutrition notes: This unique cereal is made from mostly beans instead of grains. It contains a blend of navy beans, lentils and garbanzo beans (chickpeas), with a touch of brown rice flour. It’s gluten-free, so it’s safe for kids with celiac disease or gluten intolerance. Thanks to the beans, it has seven grams of fibre per serving, and just two grams of sugar.

Why kids will love it: It will remind them of Cheerios. It has the same fun O-shape and is equally mild in flavour (not very sweet). If it’s difficult to get your kids to try new things, the familiarity of Cheerios may sell them on Love Grown O’s too.