The social and environmental cost of clothing has replaced my enthusiasm for buying new clothes. Now, I'm on a mission to make do with less. 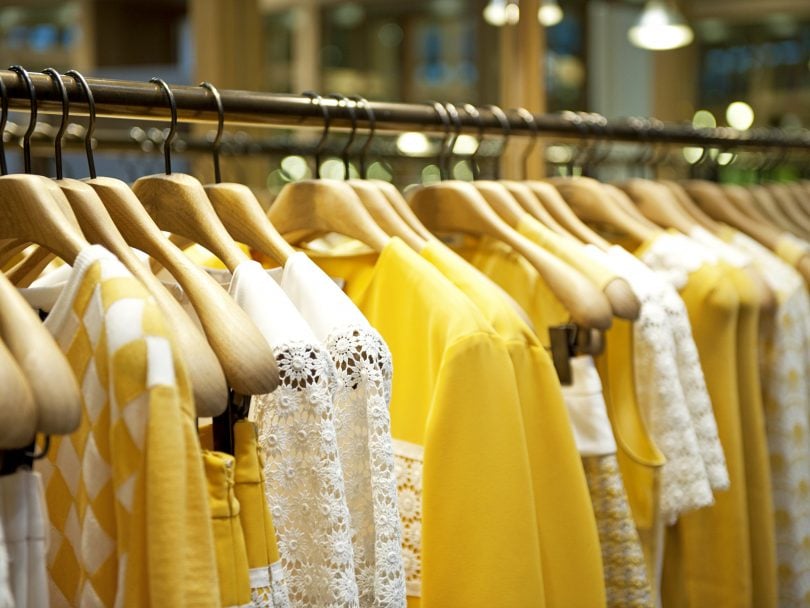 The equivalent of one garbage truck of textiles and clothing is sent to landfill or is burned every second of the day, United Nations reported last year. And our demand for new clothing seems to be insatiable. “Since the 1960s, our clothing has increased 60 percent. The average customer in the U.S. purchases 64 garments per year—that’s 1.2 garments per week,” says Sabine Weber, a professor of sustainable fashion at Seneca College, who notes that trends are similar in Canada. “We’re buying clothes like groceries.”

The fashion industry accounts for around 10 percent of greenhouse gas emissions and around 20 percent of global waste water, a recent UN study found. Fast fashion accounts for most of these impacts—with more to come. For instance, according to the Ellen MacArthur Foundation—which works with businesses, governments and academia to build a more sustainable economy—each item of clothing was worn, on average, about 200 times in 2004, but by 2016, that number had decreased to 140. And if trends like these continue, the UN says by 2050 we may need almost three planets to provide the resources required to maintain current ways of life.

I love fashion, but the true cost of clothing has replaced my enthusiasm for buying news things. While some activists, like Extinction Rebellion, call for a boycott on fast fashion, this isn’t always an option for those on limited budgets. The perfect carbon-neutral capsule wardrobe is simply out of reach for most Canadians. Luckily, there are easy things we can all do to reduce our fashion footprint.

Alter what you can

Now that the verb “to MacGyver” is in the Oxford dictionary, we’ve reached peak DIY. After having two kids, some of my clothing fits… differently, but I’m short on time and skills. So, I hired a seamstress to make my jeans fit better and alter a few shirts to be breastfeeding-friendly. Costs can range from $10 to $30 for hemming and adjusting waistbands, and up to $75 for more subtle tailoring. While that may cost more than buying a new item at a fast-fashion retailer, it might save in other ways—like not having to waste time going to the mall, or buying a low-quality item that you’ll have to replace again shortly.

Try a new hue on an old white shirt

Dip-dyeing—dyeing part of a light-coloured garment a darker shade—is “basically tie dye for grownups,” as this how-to guide by Romper points out. And you don’t have to rely on storebought dye, either. Dying fabric with avocado pits is having a moment, and spoiler: it turns fabric pink!

Wash it well, wear it more

“We’re taught to wash clothes between each and every wear—an idea that was surely dreamed up by the appliance and detergent companies,” says Elizabeth Cline, author of The Conscious Closet, who advocates for proper washing techniques. Research compiled by the University of British Columbia’s Sustainability Initiative found that over one-third of microplastics make their way into oceans through laundering textiles. Plastic-based fibres like polyester or nylon blends comprise 60 percent of current fashions, according to the Ellen MacArthur Foundation; when we wash them, tiny microplastic fibres are released and move from our washing machines to waterways. A 2016 study showed that a single laundry load might release 700,000 fibres, but washing in cold water can prevent some of that. Energy Star estimates that 90 percent of the energy of a washing machine goes towards hot water, so cold water washes will also drastically reduce our household carbon output. Cline says we should be line-drying and doing far less laundry in general, citing a study showing jeans can stay surprisingly clean even after a year of wear without washing.

Swap instead of shop

Clothing swaps are another great way to replenish your wardrobe without buying new items. Jackie Bischof, an editor at Quartz, likes how swaps give her “permission to try new things without the guilt or financial dent of something not working.” That said, her swaps may be a bit more glam than mine. I have young kids and work weird hours, so I host casual backyard get-togethers where parents bring their children and we try things on over our jeans. The pieces I’ve scored, from my cut-off Wranglers to my Theory blazer, are even sweeter because I got them from friends.

Ultimately, Weber says we need to find ways to reduce our fashion footprint that work for us—and they don’t need to be time-consuming or expensive. Every day, she commits to wear one piece of vintage clothing, defined as an item 10 years old or more; laughing, she adds that 20 years is “vintage vintage” and 30 is “vintage vintage vintage.”

When a garment is truly done “sparking joy,” what should we do with it? According to the United Nations, 85 percent of textiles end up in landfills or are incinerated when most of these materials could be reused. When an item of clothing reaches the end of its life, Calvin Lakhan, a York University researcher and co-investigator of an innovative waste management project called the Waste Wiki, says our impulse is to ask, “Who would want this?” Instead, he says we should ask, “How can we find value in this material?”

We should give our clothes away to family and friends when possible. But when it’s not, we can think of personal re-use: Can it be a cleaning cloth? Filling for a pillow? Woven into a rug? But when that old t-shirt is truly ready to go, or our rug-weaving skills aren’t up to snuff, both Lakhan and Weber emphasize the importance of putting it in a clothing donation bin instead of the trash.

But not all donation bins are created equal. Textile recycling in Canada is haphazard and is managed by largely unregulated third-party actors.

You may have seen clothing donation bins in your favourite fast fashion store. Weber says that although we should be critical of their overall business model, some stores are “really trying to become more sustainable.” H&M’s donation bins, for instance, are operated by a private company called i:Collect, which Weber says extends the life of each garment by trying to find it a market in Canada, such as Value Village. If they can’t, it’s sold to a sorter-grader, and either shipped overseas, or perhaps broken down for industrial uses like auto filling.

But Lakhan points out that “a lot of the material that we think we’re donating to in-need families is actually ending up in developing economies who don’t even want our textiles.”(Sometimes, he says, the clothes are even just dumped on shorelines.) He recommends consumers donate to charity donation bins or brick-and-mortar locations, rather than retailers; giving to organizations like Kidney Clothes, he says, brings “positive social benefits;” Diabetes Canada, for instance, estimates that nearly 25 percent of its revenue comes from donation bins.

Lakhan added that with charities, as opposed to private companies, consumers also get an assurance that “the material is being managed in a responsible way.” Diabetes Canada has formed a partnership with Value Village, offering transparency at every step of the process; while they will still ship surplus garments overseas, Lakhan says they only ship to countries who actually want them.

And yes: you should even chuck those old, hole-y socks into the donation bin; Weber says by putting everything in, consumers can send a message that systems for truly recycling textiles must improve.

No single action will suddenly make the apparel industry sustainable, so it’s easy to feel powerless. Additionally, the responsibility can’t be put solely on individuals—policy-makers, producers and retailers must step up as well. But as consumers, we do have choices, whether that’s making our clothes last longer, creatively reusing them when they’re no longer wearable or responsibly passing them on. “There needs to be more and more sustainability,” says Weber. “We as customers need to ask for better choices. But we also need to make our own rules.”