Jann Arden On Aging: I'm Sober, Single And Finally Proud Of My Own Body

"If I am the poster child for anything," says the 57-year-old musician and actor, "it’s that it’s never too late to make changes in your life." 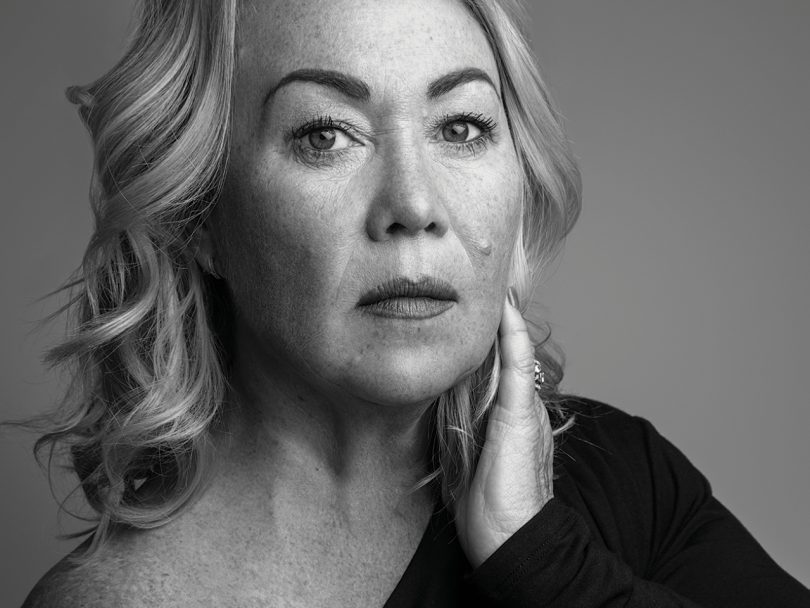 The day I decided to get sober started off like a lot of days: I was at my mom’s house, making lunch. She was pretty deep into her Alzheimer’s at that point, and we were arguing about something—I don’t remember what. I do remember I had a vicious hangover, which made me incredibly impatient. The night before, I’d been at a big, boozy dinner at a friend’s house. Was I an alcoholic? I don’t know. I know I used alcohol in a way that was unhealthy and debilitating. I wasn’t able to control it, and the toll became greater the older I got.

That’s one thing nobody tells you about aging—the way your body reacts to alcohol changes. When I was in my 30s, drinking meant having fun with friends, unwinding, being social. By the time I was 50, I’d have a few glasses of wine and then jolt awake in the middle of the night, just racked with anxiety and thinking the world was going to end. As women age, our bodies need to work harder and longer to metabolize alcohol: My hangovers lasted three or four days, which meant I was almost always either drunk or depressed.

So there I was, at my mom’s house, and we were arguing, and my head was pounding. All of a sudden I felt the walls closing in; next thing, I was calling an ambulance. I have had heart issues for a long time—partly from my family history and partly from the life I was leading. After a week in the hospital, I knew it was time to either change or die. I’m not advocating for waiting until you wind up in the hospital to address your issues—I’ve just always been the kind of person who needs to push things to the extreme. It was the drinking, but it was other things too. I had been in a dysfunctional relationship for years, always blaming myself for whatever was going wrong. And I was failing to really deal with the fact that my mom—the most important person in my world—was sick and not getting better.

That was August 15, 2016. A few days later, I ended my relationship. At one point, she told me I had to choose between her and my parents, who I had moved into a house on my property in Calgary. I was looking for an out with her, and I took it. It wasn’t easy, but it was the right thing to do.

Once I was sober, I gained a clarity I had never had before and a lot of things just fell into place. My sobriety is my superpower. All of the amazing things that have happened in my life over the past few years—two books, a new television career—I wouldn’t have been able to achieve those things if I was still drinking. Do I wish I had realized all of this sooner?

Of course, but that’s not how life works. You can’t skip the hard stuff. If I am the poster child for anything, it’s that it’s never too late to make changes in your life.

There is this idea that after a certain age, we’re supposed to just put on a pair of house slippers and fade into the draperies. That’s total garbage. There are women who start writing novels at 75. Julia Child was 50 when she started walking down the culinary path. Grandma Moses started painting at almost 80, for God’s sake.

I’m proud of myself. At age 57, I feel good about myself and in my body, which is something I never could have imagined. I spent years hiding behind size XL blazers and overalls. Now I love wearing dresses. For most of my life, my body was the enemy. Now I think of it more like a loyal and trusted friend. I want to be good to it and nourish it, which means I’m no longer ordering a pizza at 1 a.m. because I’m hammered.

And I’m absolutely loving being single. People say, “Oh, you should just have a lover,” and I’m like, “Are you kidding me?” I couldn’t fathom someone in my house, in my bed. I’m not saying it will never happen, but if it does, it’s going to be with someone who has their own life, their own money, their own house! From the time I was 17 until past 50, I was always in and out of relationships, always taking care of other people. I don’t want to take care of anyone, and I certainly don’t need someone to complete me.

That’s what life is: constantly evolving and trying to become more ourselves. You have to go through it. That’s the purpose of life, and I get that now. I feel so lucky to have the life I have, including all of the experiences that made me who I am. I just hope I have some time to appreciate everything.

I find myself thinking a lot about my great-great-grandmother, who died at 43, right after giving birth to her 17th child. Can you imagine? She came from Sweden on a boat, didn’t speak the language, had an alcoholic husband and was pregnant her entire adult life. I feel like when she had that last child, she just thought, “Nope, I’m tired—I’m done.” Today I say to myself, “It’s okay to put yourself first. It’s okay to be selfish. I’ve got money in my pocket. I like the colour of my hair.” Oh, jeez, now I’m quoting my own song. Oh, well. Why not?