The Black Miss World Who Took On The World

A new movie tells the story of the 1970 Miss World pageant, when Jennifer Hosten became the first Black woman to win the title. 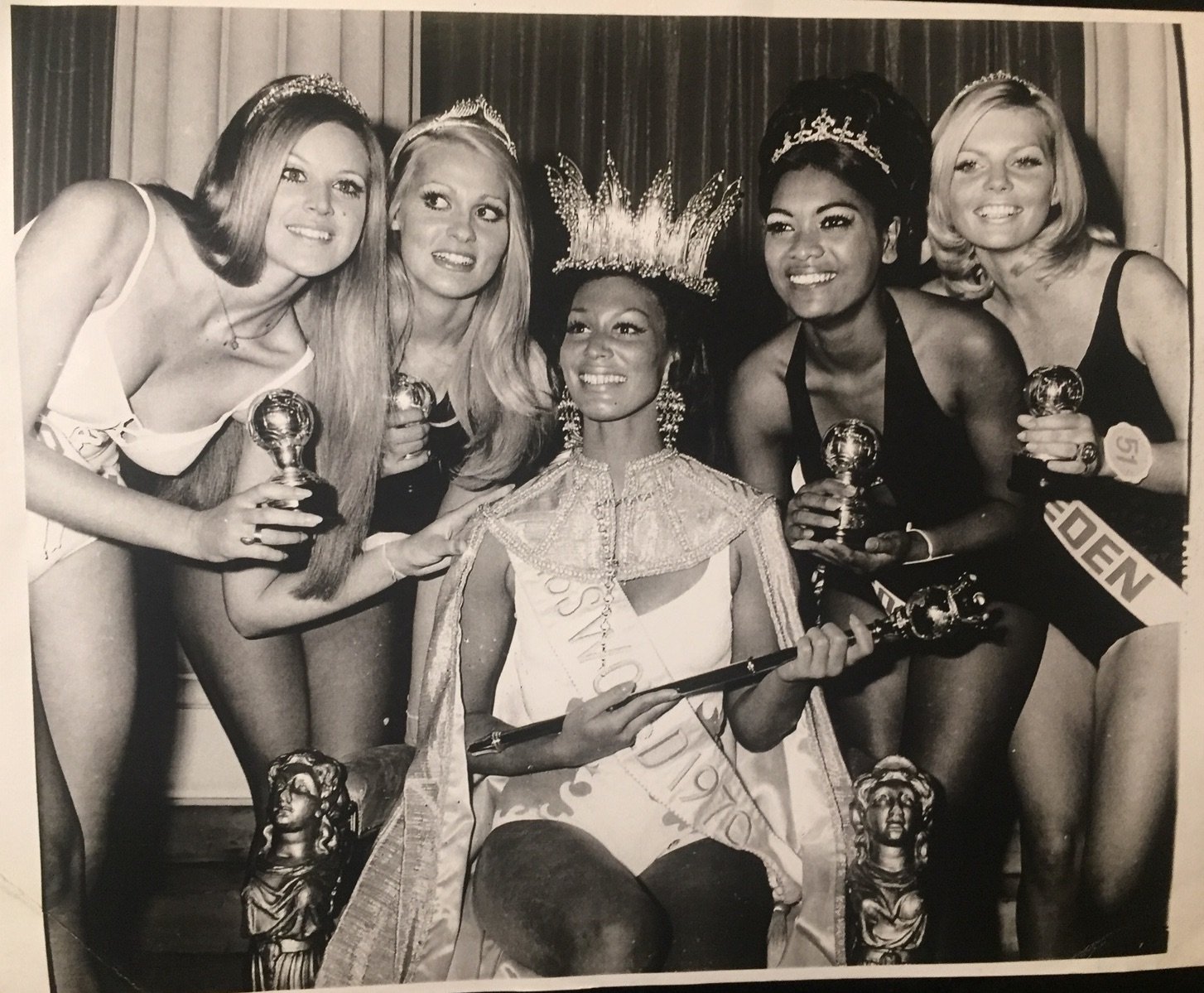 Hosten at centre with her crown. To her left is the runner-up, Pearl Jansen who, because of apartheid was forced to enter the contest as “Miss Africa South” so that a white woman could run as “Miss South Africa.” (Photograph courtesy Sutherland House Books)

Jennifer Hosten is an active grandmother living in Oakville, Ontario. It’s the latest life phase for the 72-year-old, who has also been a radio announcer, a diplomat, a trade advisor, a psychotherapist, a hotelier, an academic and, half a century ago, a controversial, groundbreaking beauty queen. At 23, the Grenada-born Hosten became the first Black woman to win the title of Miss World, a historic win marked by racial and feminist tensions: on one hand, resistance to crowning a winner who wasn’t white; on the other, women’s liberation activists protesting the entire idea of pageants.

A new movie about the pageant, Misbehaviour, starring Gugu Mbatha-Raw as Hosten, was released in the U.K. last winter and is finally coming to Canada this September. It also features Keira Knightley as Sally Alexander, the leader of a group of women who stormed the theatre in London, UK (and threw flour at the host, comedian Bob Hope, over his misogynist comments). Those who want to hear more of Hosten’s version of the story can check out her memoir Miss World: How I Entered A Pageant And Wound Up Making History, which came out in May.

“It’s all pretty surreal. It’s a great honour,” Hosten says about the movie. Still, she worried about being portrayed accurately. “They have artistic license,” she says. “That’s one of the reasons I made a conscious effort to write my own memoir.” Luckily, during a 2018 trip back to Grenada, Hosten found the diary that she had kept during the pageant. “It really did bring back some great details to me,” she says of her journal, which forms the backbone of her book.

Some of those details are public—like the sexism and feminist activism that marked the chaotic contest. Others are memories Hosten is sharing for the first time, like the friendships (and rivalries) between competitors. Miss World founder Eric Morley is described in the book as abrasive and demeaning: he called the women by the country they represented, not their actual names, and would shout at them so loudly that he lost his voice. 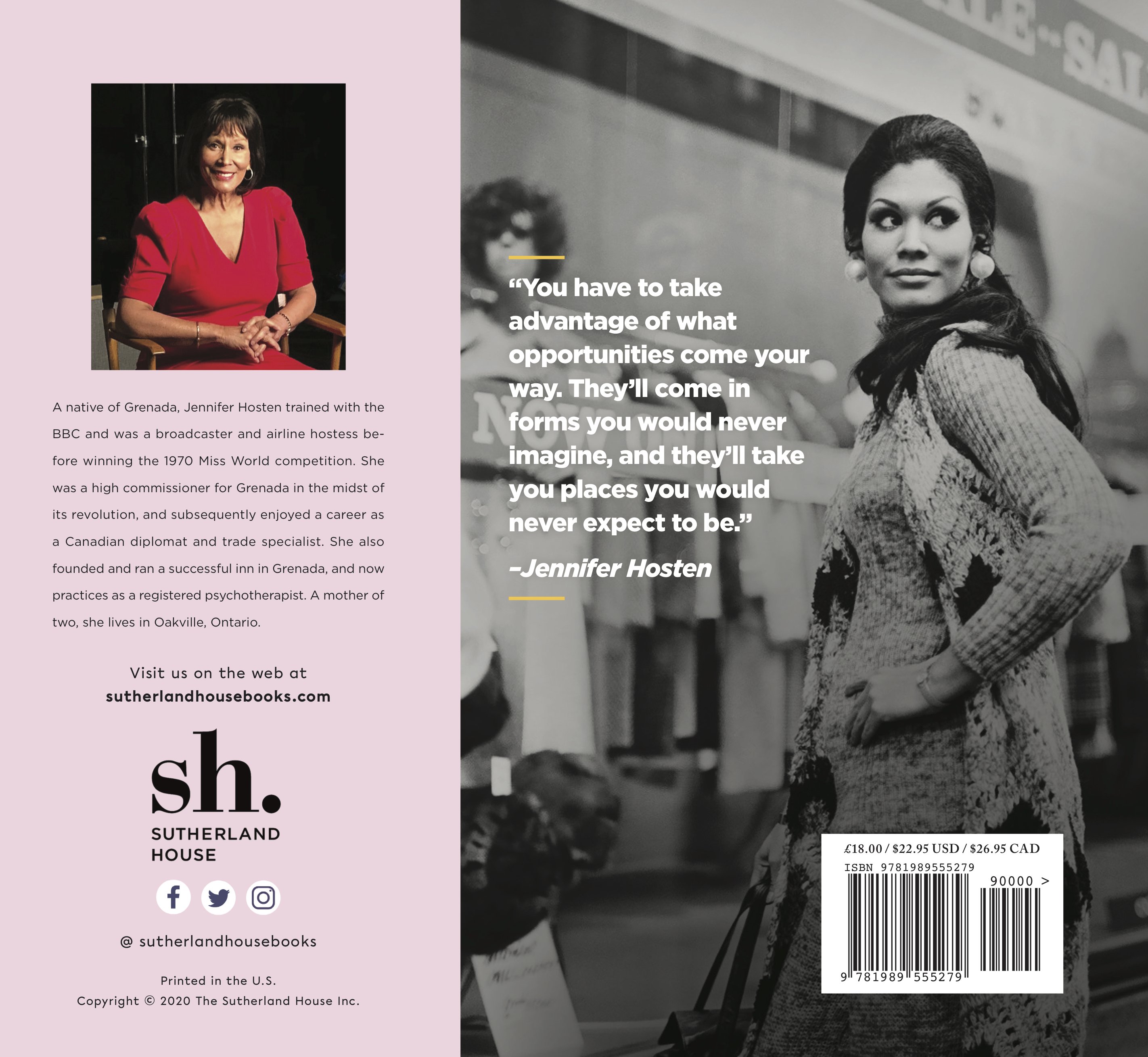 In her memoir, Hosten recounts how newspapers placed her odds of winning at 25 to one, favouring Miss Sweden, Miss Australia and Miss Norway. “It was quite a hurdle for me to win. The attention of the media went immediately to larger and northern European countries,” she says. Her victory smashed the Eurocentric beauty standards of previous pageants, especially since the runner up was also Black: second place went to South Africa’s Pearl Jansen who, because of apartheid, was forced to enter as “Miss Africa South” so that a white woman could run as “Miss South Africa.” “Nobody anticipated that two women of colour could come in first and second in 1970—and because of that, of course, they thought it was fixed,” says Hosten.

After both women were crowned, there were protests, racism and accusations of the contest being rigged, especially since Grenada’s then-prime minister Eric Gairy was one of the judges. Actor Joan Collins said Hosten “wasn’t the most beautiful” in the pageant and only won because her “sex appeal” wooed the judges. Critics and other contestants made negative comments about her body and appearance: “I have nothing against coloured girls,” said Miss Switzerland, “but how Miss Grenada could win I don’t know.”

It wasn’t the sweetest win, but it opened the door for others. Right now, Black women hold crowns in the top five beauty pageants—including Jamaica’s Toni-Ann Singh, who is currently Miss World. Hosten says that while she is pleased to see these women do well, she hopes they’ll go on to do other things. “I never wanted to be defined only as a former Miss World,” she said. “And I think that most of my life I have shown that I could do whatever else I wanted to do.”

Despite her own impressive resume, Hosten knows women of colour still face obstacles in the workplace, decades after her win. “I don’t think that the feminist movement included the concerns and the issues of Black women around the world,” says Hosten, “I really don’t think that they did that in 1970 and even today.” She notes social that movements like #MeToo, #Times Up and Black Lives Matter have pushed to expand the boundaries of what’s considered a feminist issue, but mainstream attention continues to focus on white women’s struggles and achievements. This criticism has extended to Misbehaviour, which some have noted centres on the white feminists who led the night’s protest, not on Hosten’s win (Mbatha-Raw has also said she wishes the film focused more on Hosten’s story). For their part, Hosten and her children praise the director and producers for portraying her accurately, which she calls a “major achievement.”

Between her memoir and the film, Hosten hopes that people will get a better understanding of who she is—not just as a beauty queen, but a woman with a long list of accomplishments who has lived a very full life. “I just hope that my story is inspirational,” she says. “The sky’s the limit for women, and women of colour can do anything. There’s no reason why you can’t achieve great things.”

Misbehaviour will be available September 25, on various on-demand services including Rogers, Bell, AppleTV and Google Play.