We surveyed over 10 celeb chefs to find out which vegetables should get a second look when you're in the produce aisle. 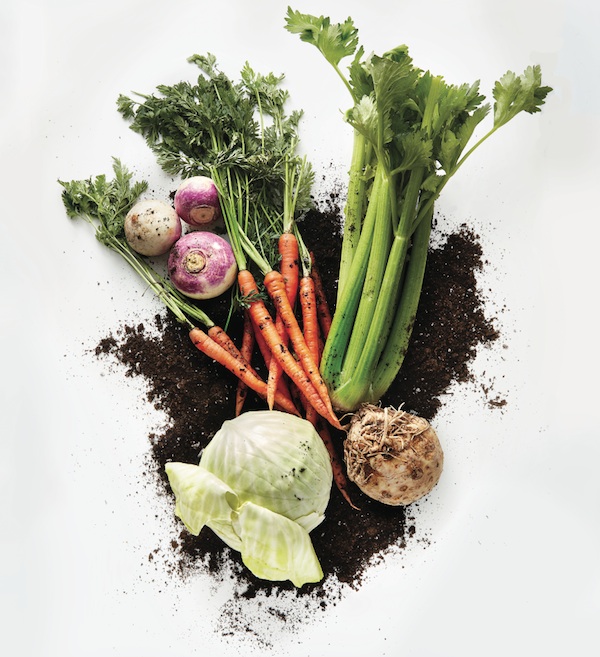 1. Celeriac.
Celeriac, often called celery root, is a large and oddly shaped light-brown root vegetable (learn how to prepare celeriac here). With a sweet and earthy flavour, celery root can be eaten raw (it adds a nice crunch to salads) or it can be roasted, pureed, and mashed. Like potatoes, once cut and peeled, celery root oxidizes and will discolour.

2. Celery.
Celery is a juicy and pale green vegetable that is typically eaten raw as a snack or used to enhance flavour in soups and stews (it’s part of the well-known French mirepoix, a combination of onion, carrot and celery). Known for its crunch and slightly sweet taste, celery can also be braised and sautéed.

3. Cabbage.
Cabbage is an inexpensive vegetable that can be found year-round but is at its peak during the cold fall and winter months. Often used for a crunchy slaw, cabbage can also be enjoyed sautéed, braised, roasted and even pickled (it’s the main ingredient in kimchi). To prolong its shelf life, store cabbage wrapped in plastic in the crisper drawer of your fridge for up to two weeks.

4. Cauliflower.
Cauliflower has become incredibly popular over the past couple of years. This mild tasting vegetable is loaded with vitamin C and can be enjoyed raw, roasted, sautéed and even fried. Keep in mind that the stems and leaves are also edible and can be added to homemade vegetable broth.

5. Turnip.
One of the staples of the winter months, turnips are a root vegetable with a creamy white flesh and a purple top. Turnips can range greatly in size, but keep in the mind that the larger the vegetable is, the longer it will last in your fridge. When shopping for turnips look for very firm vegetables without any large gashes or spots.

6. Capsicum (aka. peppers).
Capsicum, also known as peppers are part of the nightshade family and are native to the Americas. The capsicum family includes bell peppers as well as spicy chilli peppers. They can be bitter with peppery notes when raw but take on a sweeter taste when cooked. Available in a variety of colours including green, yellow, orange and red, green bell peppers are just immature red bell peppers.

7. Zucchini.
While technically a fruit (it has seeds running through the core, making it a fruit) zucchini are often treated as a vegetable. This summer squash peaks in the summer months and is well loved for the way its mild taste absorbs flavours. Look for zucchini that are small to medium in size (larger ones are more fibrous).

8. Salsify.
Salsify is an obscure root vegetable belonging to the dandelion family. With a long and thin shape, white flesh and thick skin, salsify can be cooked in the same way as most root vegetables; boiled, mashed, roasted or used in soups and stews. It has a slightly oyster and artichoke-like taste when cooked.

9. Parsley.
Parsley can be both an herb and a vegetable. The leafy parsley we know and love is an herb, while parsley root is a vegetable belonging to the carrot family (it’s similar in looks to a parsnip). Parsley root has an earthy, aromatic flavour with elements of celeriac, parsley and carrot. Parsley root can be prepared in the same way as most root vegetables and is available in the winter.

More:
Good gourd! Produce so ugly its beautiful
How to organize your kitchen in just 5 steps
What it feels like to live with undiagnosed autism