3 cookbooks to get Dad for Father's Day

This Father’s Day, fire up the guy in your life with an inspirational cookbook. 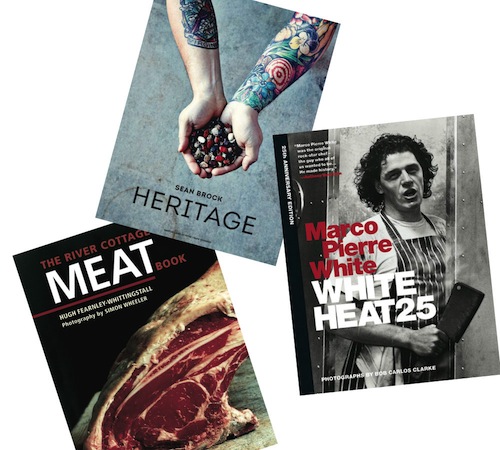 I grew up in a family like many others: Mom did the cooking and Dad took over only for a post-practice egg-in-the-hole or at the barbecue. These days, men are just as likely to helm the home kitchen, and many list cooking as their primary hobby. Hurray for that! This Father’s Day, fire up the guy in your life with an inspirational cookbook. (Bonus: You’ll reap the delicious benefits.)

The River Cottage Meat Book
One of the culinary world’s original farm-to-table evangelists, Hugh “fairly-longname” (as he was once nicknamed) raises, slaughters, butchers and cooks his own meat. Here he spells out his profoundly conscious, respectful and sustainable food philosophy so eloquently you can’t help but want to get cooking. This bible includes everything from charts of roasting times to a treasure trove of first-rate recipes.

Heritage
From his home in charleston, south carolina, sean brock (of mind of a chef fame) is revolutionizing american food. his cuisine reclaims the extraordinary “low-country cooking” of the southeast united states. Along with stunning photos and recipes, the book is stocked with essays about pig roasting, benne seeds, real grits and the farmers who are growing heritage foods again. One of the most celebrated cookbooks of 2014, it’s a delicious, inspiring read.

White Heat
In 1990 Marco Pierre White was the it chef, a Brit known for his sensational cuisine and terrifying temper. His book of classic recipes became a beacon, influencing a new generation of chefs, due in no small part to the candid, unpolished photographs of white in his kitchen. White Heat contributed immensely to chefs becoming the rock star sex symbols of the 21st century. The cover image alone would kick-start anyone’s inner chef. 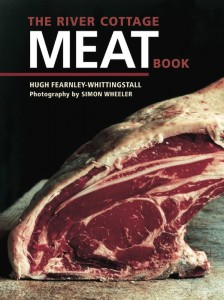 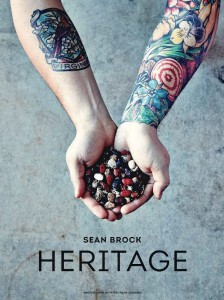 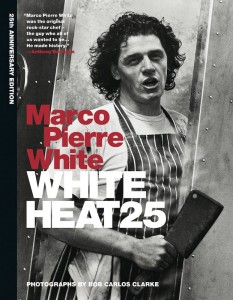