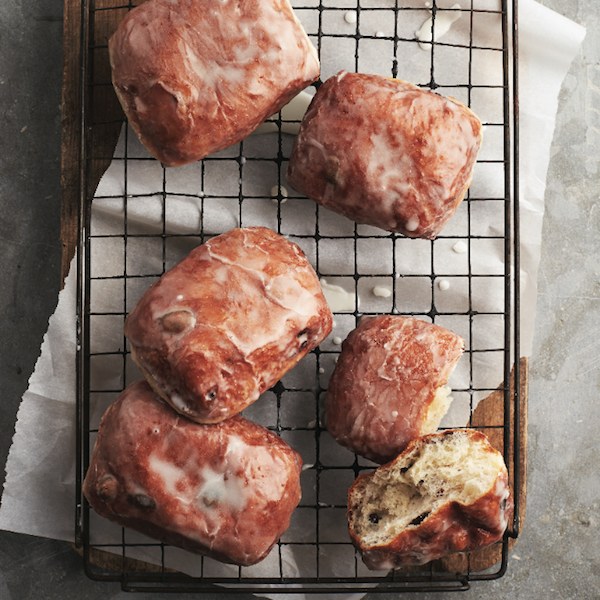 Hacking a Canadian classic isn’t a task we take lightly, but we insisted on perfecting the Dutchie at home! The dough is impossibly fluffy and rich without being too sweet. A light glaze completes the magic.

For the raisin-averse: this recipe works just as well with finely chopped dried figs.