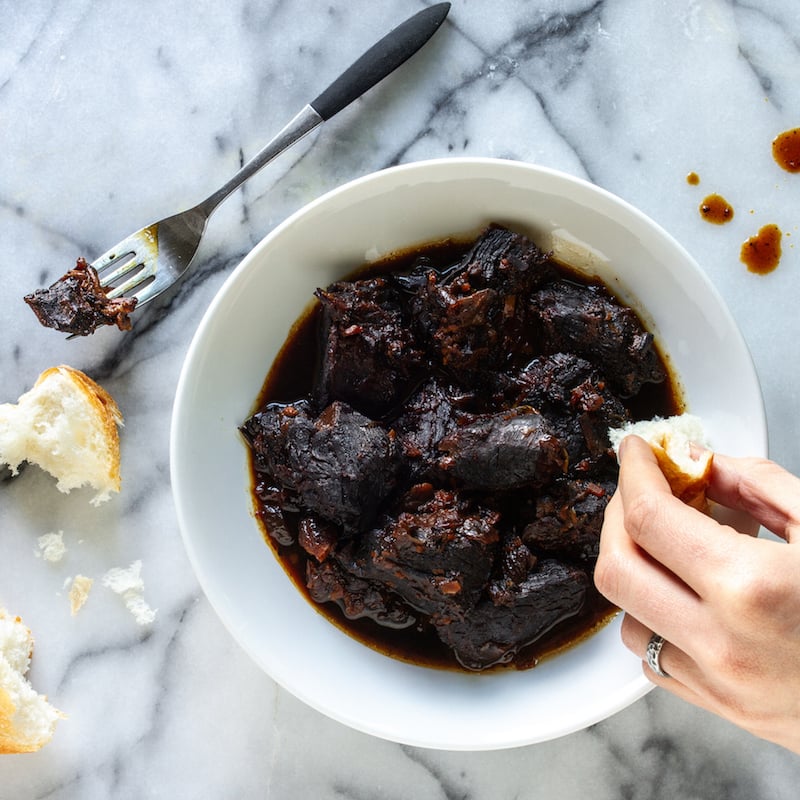 This richly spiced dish is traditionally served on Christmas morning in Guyana. From the 2019 edition of the culinary classic.

Cassareep is a thick, dark, heavily seasoned, molasses-like syrup made from yucca. Though scarce in North America, it is worth seeking out for the irresistible flavour it adds to this stew.

1. Pat beef dry and cut into 1 ½-inch pieces. Season with salt and pepper.

2. Heat oil in a large pot or Dutch oven over medium heat.

3. Add the meat in batches and brown on all sides. Transfer to a plate. Drain all but 1 tablespoon of fat from the pot (if necessary, add more fat) and add onion and garlic. Cook, stirring, until softened, about 6 minutes.

5. Add enough water to the pot to just cover the meat. Bring to a boil, then reduce the heat, cover, and simmer gently over medium-low heat until the meat is completely tender, about 3 hours. Remove the cinnamon stick, herb sprigs, and orange zest (and peppers, if left whole).

6. Serve as a stew with crusty white bread. Or, to serve over rice, transfer the meat to a plate with a slotted spoon. Reduce the liquid in the pot over medium-high heat until it has thickened into a sauce. Return the meat to the pot, let stand for a few minutes, and serve with cooked rice, Coconut Rice, or Jamaican Rice and Peas. Garnish with chopped cilantro.

Pork, lamb, or mutton shoulder may be substituted for the beef.