The Enduring Legacy Of bell hooks

In a context where Black women are not deemed worthy of attention and care, bell hooks stood as a visionary light. 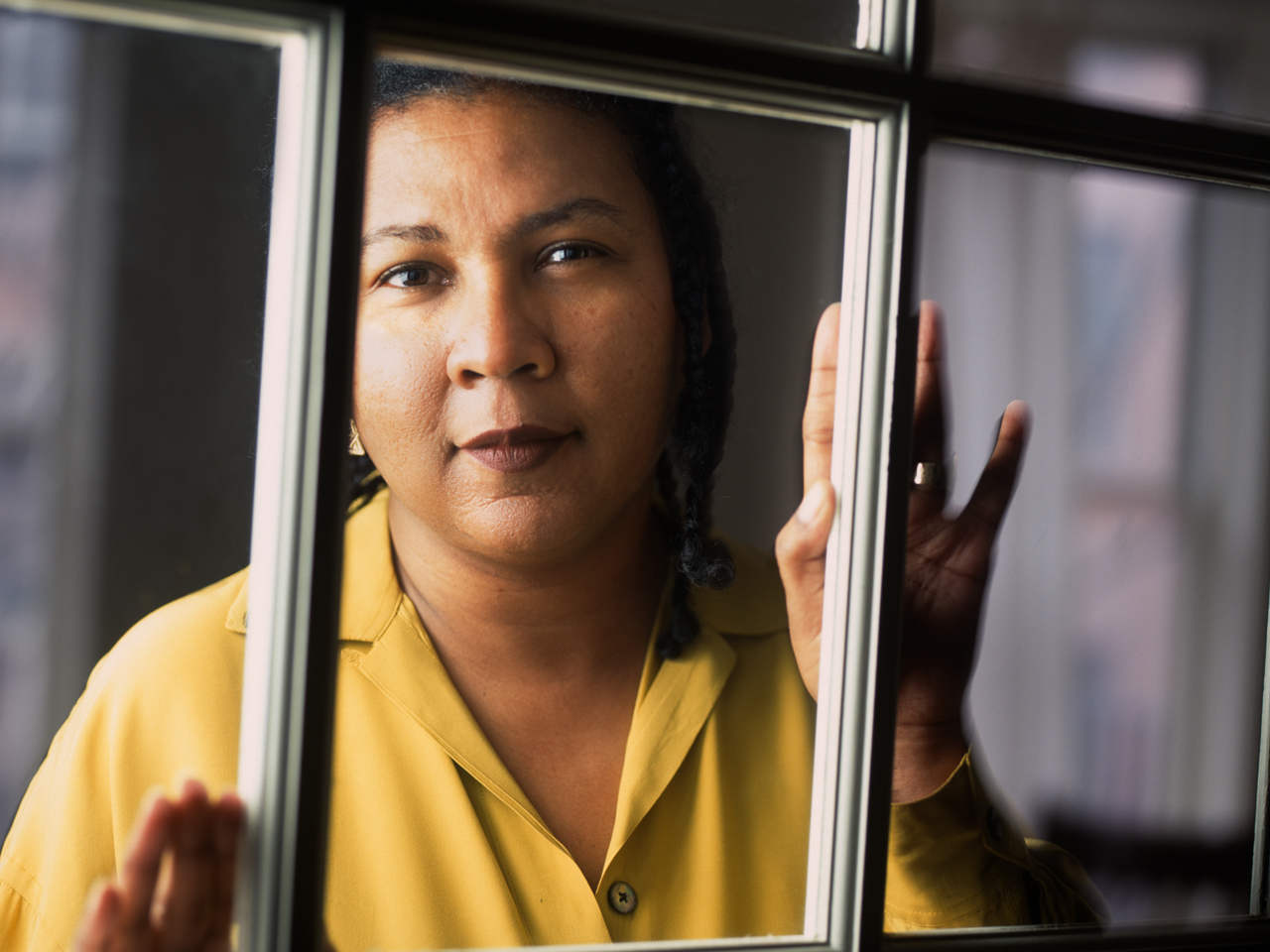 It was the late ’80s. I was a young woman, wrestling with taking care of my toddler as a single mother and attending York University full-time. I remember the tiredness that had sunk into my bones as I struggled to balance a hectic personal, work and student life. But I was driven and would not be deterred. I embodied that young activist openness, longing to be a part of something bigger and learn things that would speak to my spirit. I was hungry to understand more about who I was and what I could contribute to the world. I wanted to change things for the better, for everybody. I was being stretched and challenged in so many directions.

This was when bell hooks, the legendary Black feminist scholar who died this past Wednesday, arrived in Canada to do a guest lecture at my university. As she spoke at the podium, her voice echoing through that auditorium, I deeply felt how my struggle wasn’t unique to me. She validated my perspectives and feelings from the very start—the things I could hardly express and didn’t have the words for. She broke it down. She called out the realities of being a Black woman in ways I’d hardly ever heard spoken out loud—and certainly not at a lectern in a Canadian institution.

bell hooks made me feel like I belonged—and it was nothing short of an awakening. I found myself profoundly drawn to her books, articles, lectures and essays. For Black, Indigenous, and racialized feminists in Canada, we had to pay close attention to what the Black, Indigenous and racialized thought-leaders in America and around the world were writing about. The publishing and media landscape in this country was not quite fertile ground for our experiences and our perspectives were rarely showcased.

But we were change-makers. We had dialogues and debates about our rights, safety and liberation. We knew our experiences did not deserve to be invisible or sidelined. And bell hooks did not disappoint us.

She was a prolific, gifted communicator, author of over forty books including Sisters of the Yam: Black Women and Self-Recovery, Talking Back: Thinking Feminist and Ain’t I a Woman? Black Women and Feminism. In these works and her other scholarship, she addressed so many live topics that were still under-explored: decolonization, intersectionality, masculinity, gender-based violence, the brutalizing legacies of stolen land and stolen labour.

And she wrote of transformation, community, passion and salvation, too. Her writing was not your typical political fare. It was not engaging on an analytical or mental level alone. It was as multifaceted as she was. It was spiritually rapturous, shimmering at the intersection of academics and art.

Especially the eloquence in the way she wrote about love! In a context where Black women are not deemed worthy of attention and care, where Black women are told that we cannot and shall not be loved, bell hooks stood as a visionary light. She certainly challenged me to love, care for and value myself at times when I felt as if I had to neglect myself to survive. She expressed what a tragedy it would have been if I had given into that pressure so many Black women feel. When I think about the impact it would have had on me and my young son, I am particularly thankful to her for that wisdom.

bell hooks’ writing also proved to me how important it is to speak truth to power, to get fired up and pursue social change—not from a draining position of deficit and dismissal, but from a filling place of radical inclusion and abundant love. She opened space for me to be a feminist here in Canada. All these years, I’ve felt as if bell hooks has journeyed alongside me. She built me up and reflected back to me the legitimacy of my existence, even as I navigated barriers I didn’t create but had to bear. Her humanizing scholarship gave me permission to work for gender justice in my own ways as a Black woman, even as Black women didn’t find much space for ourselves at the table.

As she so beautifully said, feminism is for everybody: I am not the only one with this story. I have worked alongside many brilliant Black and racialized women all over this country, representing all backgrounds and identities and experiences. I’m not exaggerating when I say that bell hooks acted as a foundational force for most of us. Even in moments when we may have grappled with her work, when we may have developed different takes or argued different points than she did, it never diminished what she meant to us. We always found ourselves going back to her work in one way or another, revelling in the glow of the fire she lit for us and the vital love she insisted on talking about.

This is where I sit as I reflect on the pain of bell hooks’ passing at age 69. She was taken from us far too soon, at a time when we might need her more than ever. At the end of 2021, there certainly seems to be more public acknowledgement of gender and racial dynamics than ever, more room to speak to inclusion, equity, and systemic racism and what real justice looks like.

But does this mean we’re closer to the life-sustaining transformation she wrote about? Are we, really and truly, more loved?

I think this is the looming question for equity-seeking people today. The only way we can try to answer that in the affirmative is to keep bell hooks’ legacy strong. To read her writing and reflect; to transgress inequitable forces; to protest and vote accordingly. To lead with transforming love. It’s exactly what she wrote about over thousands of pages, her life’s great work. At the very least, it’s what makes her loss a little more bearable.

Paulette Senior is the president and CEO of Canadian Women’s Foundation.