Long before and well after comedians started complaining about public censure in comedy, Prince Philip kept up the banter. Here are some of his 'politically incorrect' alleged jokes, rated and ranked. 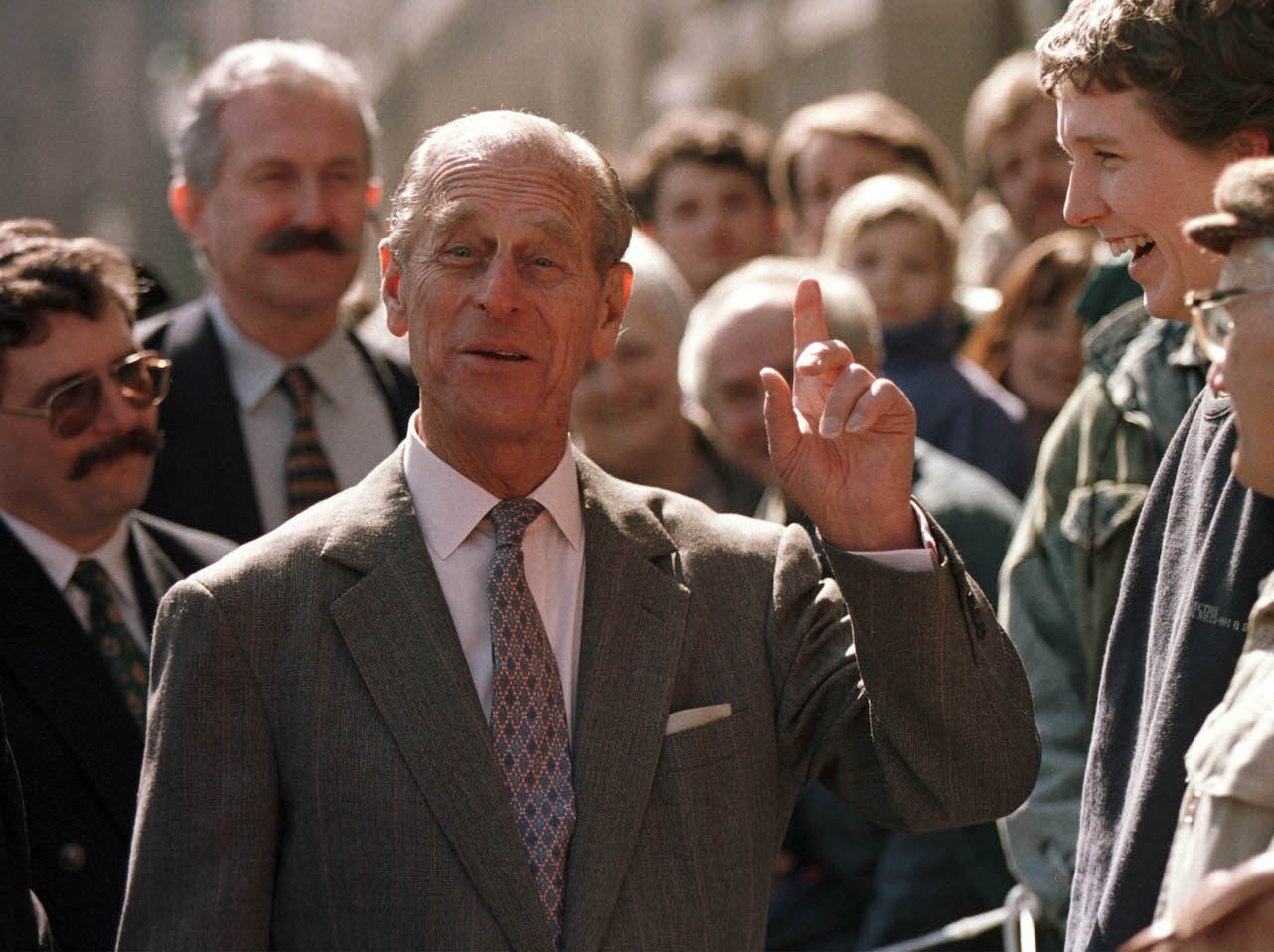 Prince Philip in the Czech Republic in 1996. (Photo: Sean Gallup/Getty)

Prince Philip, who died last week at the age of 99, was many things: Navy man, father to four, The Crown lookalike act and, in his role as husband to Queen Elizabeth II, a noted wife guy. His life was a remarkable one because, while the historical record is thin on what exactly his job entailed, he did it while handsomely paid and in great comfort.

Whatever Philip did, it was often in public and in service of the British monarchy. He and his wife crisscrossed the world together looking mildly interested and never annoyed, which is a type of achievement considering how many politicians they had to spend time with. You could say that he achieved work-life balance.

But by far, his defining work is the effort he put into being an insult comic. For each of the seven decades that he was in public life, Philip cherished a lightly hurled invective. His best recurring bit was calling himself “the world’s most experienced plaque unveiler,” which he’d say before, well, unveiling a plaque. Local reporters and area dignitaries would chuckle warmly. It would break up the solemnity and shock of seeing a new plaque. His willingness to joke about himself and the uselessness of his job showed a sense of reflection and wit.

Long before and well after comedians started complaining about public censure in comedy, Prince Philip kept up the banter, unapologetically committed to the bit. The euphemism industry mourns his death. In their eyes, he was “gaffe-prone,” “outspoken,” making a “joke,” making “off-kilter remarks,” “cringe-inducing” and “plain speaking.” When the prince retired from public life in 2017, only the finest and most rare euphemisms (“national treasure”) honoured his long history of saying really messed up things. Here are some of his “politically incorrect” alleged jokes, rated and ranked.

All this and yet, he was never fired (or “cancelled”) because his boss is his wife. In the end, perhaps Philip’s lasting legacy will be as a #CareerGoals role model. Despite his “impressive pedigree” (read: born rich to rich people), he doggedly pursued his dream job, becoming the greatest international insult comic, Colonizer Edition.

Correction: This post has been edited. Malala Yousafzai is Pakistani, not Afghan.