The Ontario Child Advocate Was The One Safe Space For Vulnerable Kids. Then Doug Ford Cut The Office

Ontarians can afford to pay more for beer. They cannot afford to lose one bit of protection for vulnerable children. 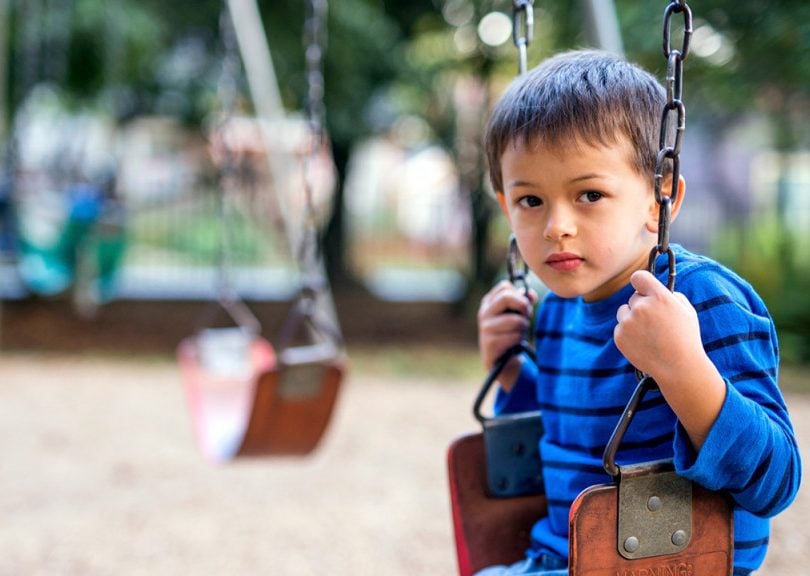 As Ontario’s Child Advocate Irwin Elman tucked his pink slip into his pocket, and his office staff dumped desk drawers into boxes, I wonder if Doug Ford and his PC party patted themselves on the back for money saved. It appears Ontarians will be drinking their cheap beer at the expense of vulnerable children and youth.

Foster children, Indigenous children, disabled children, abused children — collectively a group most Canadians would wish to protect and champion — have been thrown under the bus in a reprehensible wielding of political power. Last Friday, the Conservatives repealed the Provincial Advocate for Children and Youth Act, 2007 as part of their fall economic statement, stripping these children of the one person guaranteed to be in their corner: The Ontario Child Advocate.

Not beholden to any agency or government, the child advocate (a position held by Irwin Elman since 2008) educates youth on their rights and pushes for action on their behalf. Because the office reports to the legislature, it remains independent. Most provinces have one, but now Canada’s most populated province has lost theirs. Although some people may not be familiar with the role of the child advocate, even those who have never had personal contact with the children who might need it would be left scratching their heads as to why kids in jeopardy have been targeted by the PC government.

With Children’s Aid Societies having limited oversight, the Advocate’s office was the one safe place where foster children could turn to report abuse within the system. For youth with mental health issues who have found themselves in the criminal justice system, the child advocate could push for a plan of care so they didn’t end up spiralling in the system. For blindsided parents who’d adopted children with severe special needs, the advocate helped their children receive critical services. The office called for mandatory inquests into the deaths of children in foster care and demanded rights for Indigenous youth. The advocate was the voice for the voiceless. Why did Doug Ford want that silenced?

The child advocate has fought for youth in far-reaching ways. Alongside youth activists, the advocate has been instrumental in helping children change government policy that directly affects them. At one time children in foster care were only afforded care until age 16 — a ridiculous age to be thrust into independence — but the office forced direct change and the age limit was raised to 18.

In August, when the Kashechewan community declared a state of emergency with regards to the education of their children because their dreadful portables did not meet health and safety codes, it was the Ontario Child Advocate who pressed the Federal government to step up and make urgent changes. This is a time when we as a nation are to be making reparations with the Indigenous community for the heinous way their youth have been treated, most notably during the 60s scoop and in residential schools. Indigenous children are disproportionally represented in the foster care system, prime recipients of the child advocate’s help, and for the Ontario government to strip them of an advocate is a deplorable gesture and a giant step back.

Those adults down in the trenches fighting for the vulnerable youth — the social workers, counsellors, First Nations leaders, teachers, and parents who may be the first ones to direct youth to the advocate — have just had the rug ripped out from under them. But imagine what will go through the minds of struggling children when they read a tweet or something in the media (as Elman did) and learn the office has been closed, that the people they were relying on have been taken away. For some children, the advocate may be the only person on their side, and they are left alone and powerless. Perhaps Doug Ford can personally man the phone in the advocate’s office, listen to children’s stories, and explain his reasoning for shutting the doors.

Granted, there is only so much money to spread around, with lots of agencies and offices clamouring for their share. Governments have the hard task of deciding where the funds go, and they win elections by promising to look for leeches in order to kick them off the teats of tax payers. But it’s hard to imagine anyone could look at the kids who have found themselves in the clutches of a cruel life, and think they are the drain on provincial coffers, yet by stealing their advocate that’s the intimation. A nonpartisan issue, the wellbeing of children should be the top priority of a civilized society. Ontarians can afford to pay more for beer. They cannot afford to lose one bit of protection for the kids who need it most.

One day, in the not-too-distant future, the very youth this government has further disenfranchised will be making the decisions for this province. The PCs should hope that generation will be a merciful one, despite what has been modelled for them, and that they will be kinder to seniors than the current government is to our youth.

Christen Shepherd is the author of The Promise: Truth from the Trenches of Adoption