Don't Comment On Anybody's Weight, Even If They're Famous

Fatphobia is deeply ingrained in our culture. To end it, stop offering unsolicited comments on other people's weight—including celebrities like Adele. 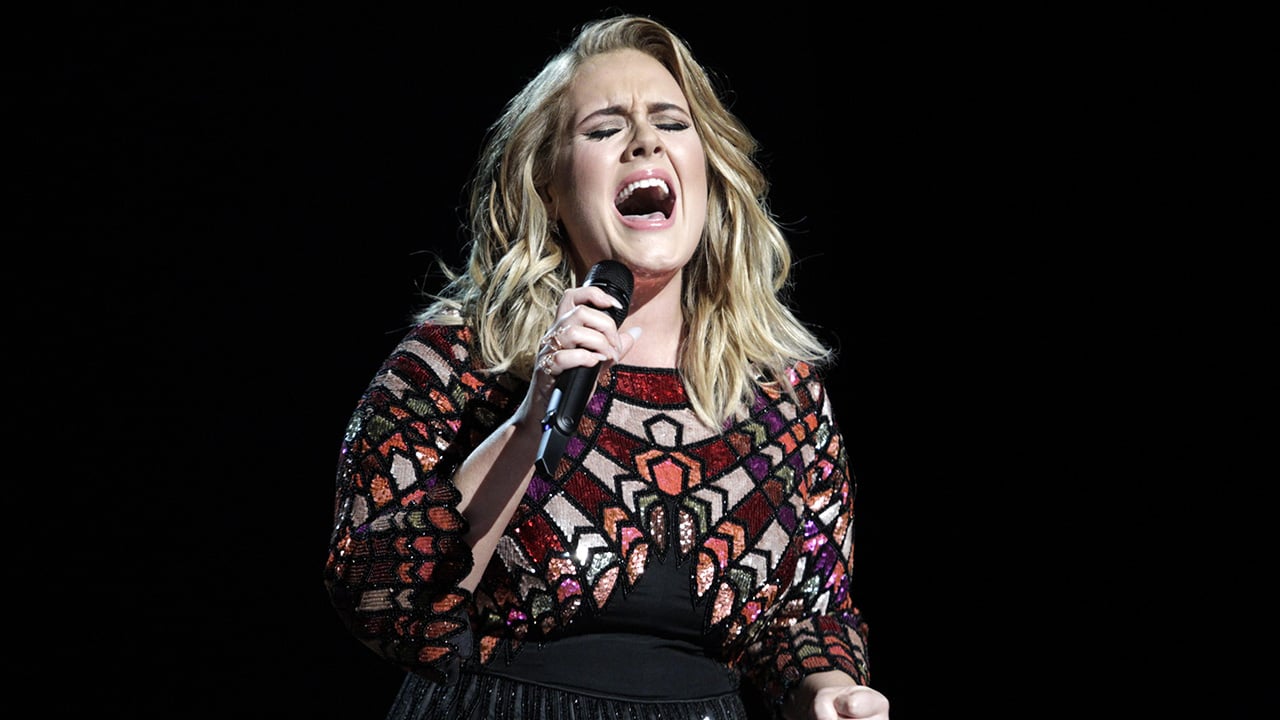 Adele at the Grammys in 2017. (Photo: Francis Specker/CBS via Getty Images)

We all saw that picture of Adele two weeks ago, ending a lengthy social media break to thank frontline workers for their efforts in the fight against COVID-19. But her message of gratitude was quickly overshadowed because Adele looks…different. And by different, I mean thinner.

The internet lit up with comments about Adele’s appearance, but also about the response to it. For every “doesn’t she look great?” there was a “she’s always been beautiful!” There were angry admonitions about equating skinny with pretty, and hot debates on when, and if, weight and health are connected.

My personal opinion is that Adele has always been stunning, particularly during those times that her voice has gripped my heart, and not let go until her very last note. More importantly, I think that we’re not doing ourselves any favours when we provide unsolicited feedback on someone else’s weight. I would go so far as to say this behaviour can be harmful, and I know this from personal experience.

A few years ago, I switched up my lifestyle to involve more exercise and smaller food portions. I never had weight loss in mind–my goal was to get fitter and healthier, wherever that took me. And over time, my asthma symptoms improved and my joints stopped hurting. As my resting heart rate dropped, my anxiety symptoms lessened.

I also lost about 50 pounds, and people noticed. I would walk into a room and be complimented on how good I looked. I would post a photo on Instagram and my screen would light up with notifications. My circle remarked on everything from how “small” my arms were getting to how much thinner my face was.

At first, I loved the attention. It was validating. The work I was putting into my health could be sensed by others in some tangible way and it felt positive and motivating. But people were responding to my weight, not my health, and I began to post before-and-after photos. Me holding my baby years ago, versus me at the gym today. Me holding up a pair of too-big pants, next to a photo of me wearing those pants months before. I was the weight loss commercial, the success story.

Eventually, though, I needed to increase the dose of my anxiety medication and I noticed my clothes getting tighter within weeks. I immediately began to experience a feeling of utter failure. In our society, we’re taught that weight loss equals good and weight gain equals bad and I had changed sides. Larger people grew up with the same messaging as our skinnier counterparts and we internalized that discrimination. Therefore, we can quickly turn on ourselves, just as I did.

Fatphobia is an undeniable and deeply ingrained part of our culture. Fat people are seen as ugly, unlovable, dumb, goofy, clumsy, greedy and unhealthy sidekicks to the thin people in their lives. Up until very recently, we were never sexy, never the hero, never the centre of attention in movies, TV and other media. Even now, it’s the rare exception that a bigger person gets a lead role in a production or becomes a famous recording artist. Comedians will sometimes get a pass, too, but only because their humour falls in line with our expectation of fat people. It’s good that we’re making headway, but acceptance of larger bodies is precarious at best. Fatphobia is everywhere, always, and those of us with larger bodies feel it; not only from the outside, but often from within, too.

There’s a reason why the global weight management industry was worth US$1.89 billion in 2018: It’s not terribly effective. Scientists estimate that between 90 and 95 percent of people who lose weight will have regained it in five years’ time. The body is far better at temporarily shedding fat than keeping it off, making many of us lifelong diet industry users. That is fatphobia in a nutshell.

Even at my lightest weight, I wasn’t exactly thin, and I likely never will be. I have Polycystic Ovarian Syndrome (PCOS), a hormonal issue that can, among other things, have a profound effect on metabolism, making it harder to lose pounds and keep them off. This, coupled with genetics, is probably why I still weigh over 200 pounds, no matter what I do.

When it comes to body mass, we all have a set point, and without constant effort, most of us will wind up in a fairly small weight range. Age, illness, medications, stress, and other issues can affect our metabolisms too, leaving those who are genetically predisposed to being larger facing that truth again and again.

Reading this might make skinny people, or even those of average weight, defensive. “This isn’t true! I think all bodies are beautiful!” might be your reaction. And maybe that’s true on the surface. But ask yourself this: When was the last time you complimented someone on gaining weight? I’m going to guess never. It’s not something we do in polite society. That’s because pointing out increased body weight risks causing offense, because being fat is often considered offensive.

Complimenting weight loss, on the other hand, is almost always welcome. It was to me. Deep down, I didn’t want to be fat. I had experienced the pain of judgment my entire life, and the idea of escaping it was far more appetizing than extra calories. But I was trying to play a game I had very little hope of winning.

Let me be crystal clear: There is nothing wrong with losing weight. People do it all the time for their own reasons, and if they want to celebrate it, good for them. I’m still a handful of dress sizes smaller than I used to be, and I’d be lying if I said I didn’t appreciate that my knees no longer hurt when I climb the stairs and I’m not winded at the top. Finding more clothing that fits and chairs that don’t press painfully against my outer thighs reminds me how the world is designed for smaller bodies. Living within the ranges of what is deemed “average” has made my life easier. But statistically, I might not stay in this range forever. What then? How will I feel about being outside the margins again?

I won’t presume to know how Adele feels about her weight loss, what she did to achieve it, what her plan is for maintaining it, or whether she was hoping for the reaction she received by posting her photo. For many reasons, including her wealth and privilege, she is in a better position than most to be in that five percent of successful weight-loss maintainers.

But if she isn’t, it will be viewed by some as personal failure. The world will be unkind. Many of the once-affirming comments will turn negative and nasty. And if she’s like most of us here on Planet Earth, that will hurt.

Which is why I wish we’d all stop offering commentary on stranger’s bodies, especially women. That’s the way to create a world where we really do appreciate highly variant forms of beauty, in which someone’s weight loss, or gain, matters less than their talent, altruism, kindness, wisdom or compassion.