The politician notorious for her proposal to screen potential immigrants for “anti-Canadian values” will not run in next year's election. 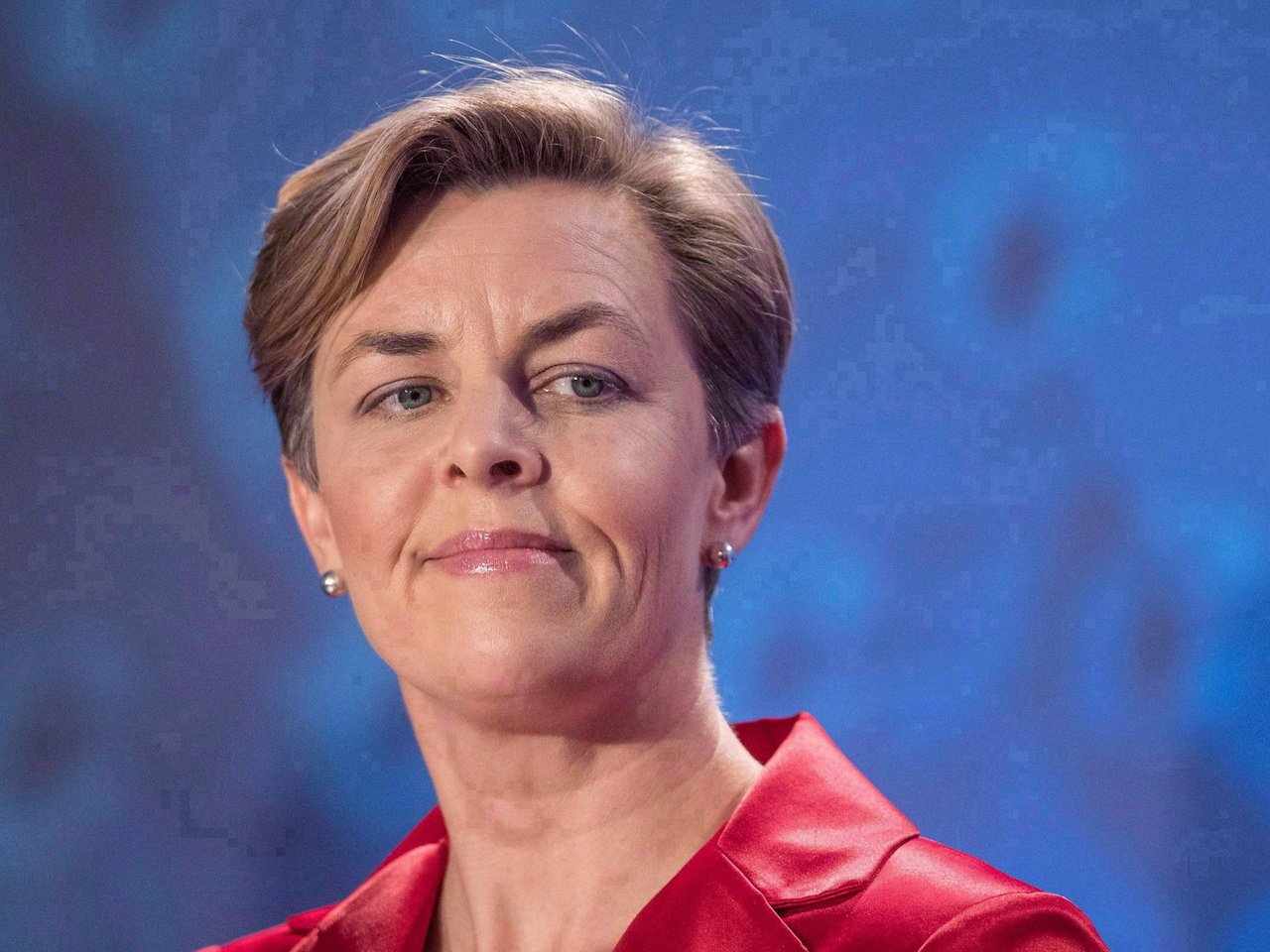 Conservative MP Kellie Leitch will not run for a seat again in next year’s election. The pediatric orthopedic surgeon first took office in 2011, and she’ll likely be best remembered for trying to jump on the Trump train, shamelessly.

Leitch launched her long-shot candidacy in 2016 hinging on a Trumpian approach, pandering to the alt-right alongside her campaign manager Nick Kouvalis (who helped Toronto mayors Rob Ford and John Tory get elected). She lost the leadership to Andrew Scheer in May last year, and he did not include her in his shadow cabinet.

While I love seeing women of all stripes in politics, the destructive nature of Leitch’s shallow, divisive rhetoric means I’m not sad to see her go. Here are five reasons why.

She proposed a snitch line for “barbaric cultural practices”

Along with Chris Alexander — a former minister of citizenship and immigration — she co-led a proposal for a “barbaric cultural practices” hotline, where Canadians could report (already illegal) behaviour in their neighbourhoods, like the forced marriage of young girls.

Her crusade against “anti-Canadian values”

While Leitch tearfully appeared on the CBC after she announced her leadership bid, regretting her involvement with the snitch line, she continued to race-bait in other ways — most memorably, her proposal to screen all potential immigrants for “anti-Canadian values.” Her concern about the dangerous values immigrants supposedly packed in their bags on the way to Canada was really a way to rile up her base over thinly-veiled stereotypes against Muslims.

“It’s a Canadian value to respect religions other than the one you might have yourself, to respect other cultures and other sexual orientations. Violence and misogyny, treating women as if they’re a piece of property — those aren’t Canadian values,” she said in an interview with Chatelaine.

Leitch launched a petition against Liberal MP Iqra Khalid’s M-103 motion — which asked Parliament to recognize Islamophobia and “develop a whole-of-government approach to reducing or eliminating systemic racism and religious discrimination including Islamophobia, in Canada” — claiming it was a threat to free speech. She was one of four Conservative leadership candidates who attended Rebel’s anti-M-103 rally in mid-February 2017  in Toronto, which featured a few hundred people yelling things like “ban Islam” while Faith Goldy, who at the time was a correspondent for Canada’s Breitbart-equivalent, Rebel Media, advocated for a “firewall against sharia creep.”

“It’s great to be in a room full of severely normal people tonight,” said Leitch while addressing the crowd.

At an event for young Conservatives in Montreal, Leitch said she wanted to abolish the Indian Act, and didn’t really care for the opinions of those who it would actually impact.

“The people of Canada, and the Parliament of Canada, is supreme,” she said. “And if you think I need to go out and speak to Aboriginal Canadians across the country to ask them for their consent to change the law, it won’t happen. And you know that.”

This kind of imposition feels disgustingly familiar. Robert Jago put it best in his piece for the Institute for Research on Public Policy’s publication Policy Options: “Leitch’s policy towards First Nations people is increasingly looking like an all-out attack on any expression of Indigenous national identity.”

Oh, and when questioned on the subject, Leitch got testy, responding: “Please understand that I do have 22 letters at the end of my name, I’m not an idiot.”

She promised to defund the CBC

Leitch said supporting the public broadcaster meant an unfair playing field for the rest of Canadian media. “For Canadian democracy to thrive, we need to hear from the different voices in the press” she said in a statement. Not only does this miscast why Canadian media is in trouble, shutting down the CBC is antithetical to what she sought to do — hear from different voices in the press.

So, no, I won’t miss Kellie Leitch. I won’t missed her not-so-coded racially divisive policies, her disrespect for Indigenous people in this country or her disingenuous tears. But I am excited that her seat will be up for grabs — hopefully a female politician who is actually interested in Canadians will throw her hat in the ring.