What Would It Mean To Defund The Police?

Black activists are not saying to do away with public safety services. We are saying that our lives are worth considering a new way to provide them. 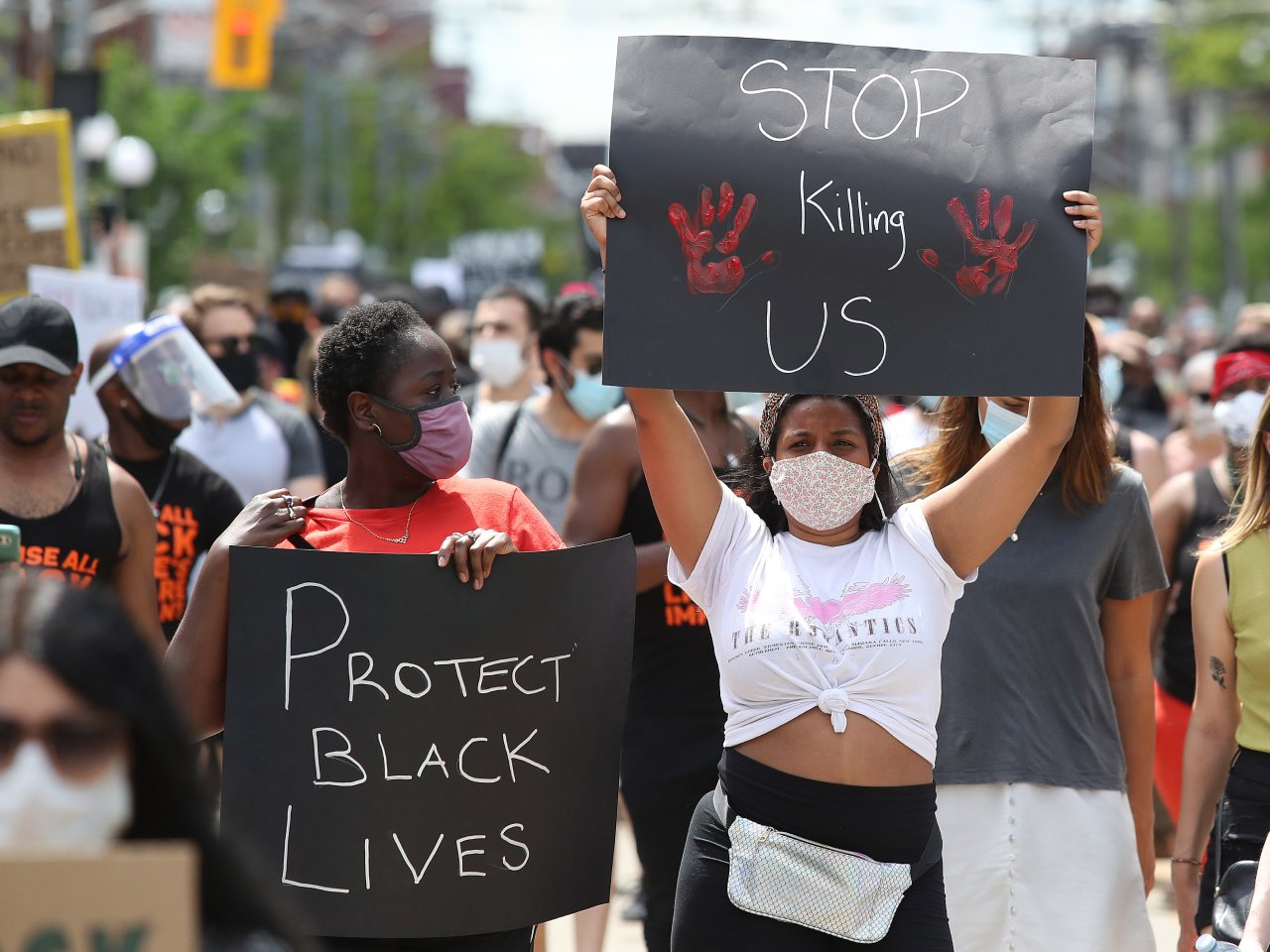 A chorus of Black activists across North America are calling for the end to police violence against our communities. This latest call comes in the wake of a wave of police killings of Black and Indigenous people, including Brampton’s D’Andre Campbell, Tla-o-qui-aht’s Chantel Moore, Metepenagiag’s Rodney Levi, Louisville’s Breonna Taylor, Minneapolis’ George Floyd, as well as the deaths of Toronto’s Regis Korchinski-Paquet and London’s Caleb Tubila Njoko.

Specific demands for change look different from city to city, but there is overwhelming consensus on one measure that is certain to improve life for Black people in Canada and the United States: defunding the police. This is an idea with a long history, but it’s still new to many people. Here are answers to some common questions.

How will we be safe if we defund the police?

Black activists are not saying that we need to do away with publicly provided safety services. Instead, we are acknowledging a very troublesome truth: at best, most police services do not keep any of us very safe. At worst, they target, brutalize and kill Black and Indigenous people. When we say Black lives matter, we are saying that our lives are worth considering a new way to provide safety and security services in our society.

Canadians spend more than $41 million per day on policing, but Statistics Canada estimates that up to 80 percent of calls for police services in Canada are non-criminal “calls for service.” That means that the police spend most of their time attending to alarms, disturbances, traffic accidents, overdoses and mental health-related issues. Most of these issues can be serviced by a civilian service or medical provider with specialized, more effective training.

Despite the lack of danger inherent in the majority of what police do, police too often use lethal force. That’s especially true if they encounter Black and Indigenous people during a call for service. D’Andre Campbell, for example, was killed in April after calling the police to help with a mental health crisis. Toronto’s Andrew Loku and Montreal’s Pierre Coriolan were both experiencing mental distress when they were killed by police officers. In Ottawa, Abdirahman Abdi was having a mental health crisis right before police officer Daniel Montison allegedly beat him to death with knuckle-plated gloves in 2016.

Surely we can provide one another safety without endangering Black people. It’s entirely possible to create an emergency mental health service to attend to the needs of someone in distress. Such a service would not involve lethal weapons, would be focused on de-escalation and public health, and has been successful in places like Oregon and Stockholm.

Defunding sounds like a drastic measure. Wouldn’t it be more reasonable to try and reform the police first?

People who are nervous about such a large shift in the way that we address safety issues in our society often ask why activists are not considering reform measures. It certainly sounds more reasonable. The problem is that reform measures have been tried—and they consistently fail.

Across Canada, there have been attempts at diversifying police, as well as providing training aimed at eliminating individually held notions of prejudice. There have been sweeping measures to change how police engage with those experiencing mental health distress, as well as the use of expensive body cameras. Unfortunately, such measures have always failed to end police-involved deaths of Black and Indigenous people. Research shows that body cameras either have no impact on whether or not a police officer is likely to use lethal force, or lead police to be more likely to use lethal force.

Police have consistently shown they are hostile to reform measures. Take, for example, accountability bodies like Ontario’s Special Investigations Unit (SIU) or Quebec’s Bureau des Enquêtes Indépendantes (BEI). These are meant to be arms-length civilian bodies with the power to lay charges against officers that kill or inflict serious harm to civilians. But police often refuse to cooperate with investigations, withholding notes and declining to participate. Between 2016 and 2019, the BEI investigated 126 cases, including 71 deaths. It laid zero charges. These bodies have failed at changing how police engage with Black and Indigenous people.

I don’t want to see more of us dying. I want them to stop killing us. Reform measures simply do not work, so it’s time for a new approach. Our lives are worth it.

But who will I call to help with a burglary or sexual assault?

Let’s consider what happens currently. Police are typically responding to burglaries after they occur—not sweeping in to catch thieves in the act. You might be surprised to learn that police in Canada “clear” a shocking less than 16 percent of cases of burglary and theft, and that “clear” does not mean “solve.” It only means that a charge is laid. Right now, your insurance company is far more useful in the case of a burglary or theft than the police.

And the statistics for gender-based violence are far worse. Less than 10 percent of sexual assaults are reported to the police, and those who do report their experiences are often dismissed or mistreated.

Policing is not an effective service for either of these issues. Shouldn’t their role be reevaluated?

What will we do instead?

Police services cost Canadians $15.1 billion per year. If we were to defund the police, we could put that money into new services that would better serve our safety and security needs. We could afford to create front-line emergency services for mental health and sexual assault, along with investigation services—for murders, theft, violent crime—that do not fail as often as the police do.

And we could create safety and security services that actually serve Black and Indigenous people rather than killing us. We also deserve to have our community safety and security needs attended to, but our only option now is far too perilous. Black lives matter. We have an obligation to refuse to fund a service that treats us as though we do not.