What Happens When A Feminist Fave Like Chrissy Teigen Messes Up?

Stacy Lee Kong: After Courtney Stodden reminded the internet that Chrissy Teigen was a terrible Twitter troll back in the day, I kept looking for feminist-leaning publications to weigh in. And I’m still waiting, tbh. 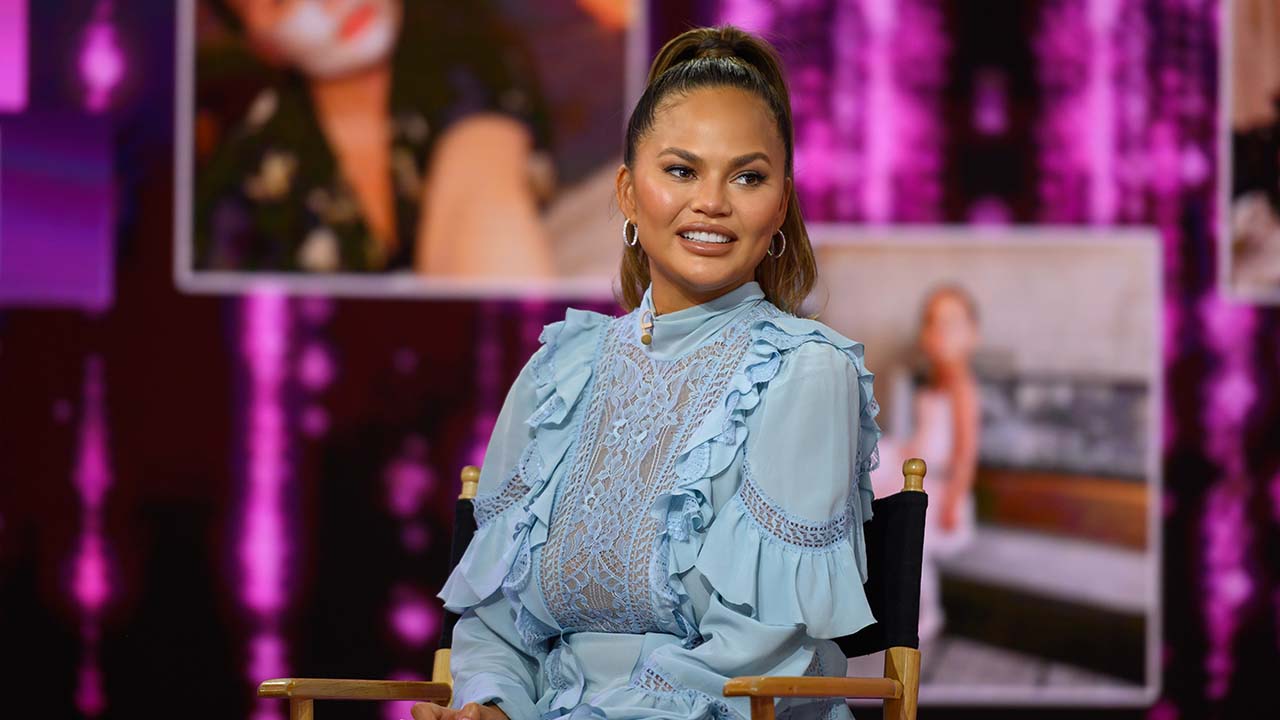 After Courtney Stodden revealed that Chrissy Teigen had relentlessly bullied them on Twitter starting when they were just 16, Teigen lost deals with Bloomingdale’s and Macy’s, was mocked by Pete Davidson on SNL and totally abandoned the social media platforms that helped her go from B-list celebrity to media mogul and feminist favourite.
And… I’m barely seeing anyone talk about it.

Don’t get me wrong, I’ve definitely seen your basic here’s-what-happened news hits, most recently after Davidson’s snarky aside during his “Pete on Update” segment and those cancelled deals. But for the most part, few, if any, women’s mags and feminist publications have offered up the analysis I was expecting. And you know what? I’m not actually that surprised—but I do think it’s worth thinking a bit more deeply about why that’s the case.

What Chrissy Teigen said to Courtney Stodden was actually horrifying

A quick refresher: on May 10, the Daily Beast published a profile of Stodden, who first entered the public eye a decade ago when they married then 51-year-old Doug Hutchison, an acting coach who, until that point, was best known for his role in The Green Mile. Just 16 at the time of their wedding, Stodden’s parents had to give permission for the union, which you’d think would be a pretty clear sign that something was amiss. But, not only did the world seem unable to recognize that Stodden was being groomed and abused, somehow, Stodden also faced the brunt of the public criticism over the match.

And among the worst was Teigen, who “wouldn’t just publicly tweet about wanting me to take ‘a dirt nap’ but would privately DM me and tell me to kill myself. Things like, ‘I can’t wait for you to die,’” they told the magazine. Worse, they say Teigen continued to DM them “up ’til a couple years ago.”

This wasn’t the first time Stodden has spoken out about Teigen’s past behaviour—they’d previously posted about it when she left Twitter in March over the app’s negativity. But this time, the story took off in a way it hadn’t before. Buzzfeed and TMZ dug up some of those old tweets—which, btw, are pretty horrible: “I hate you,” “go to sleep forever,” “what drug makes you do that with your mouth? asking for a friend who really wants to know how to look like an idiot.” And of course, the aforementioned ‘dirt nap’ tweet: “My friday fantasy: you. dirt nap. mmmmmm baby.” Candace Owens launched a (bad-faith) campaign against Teigen, including starting a hashtag (#survivingchrissyteigen) and publishing an op-ed calling for accountability from the star, in which she misgenders Stodden throughout.

And while the story didn’t drive the same number of social media posts as previous Teigen stories, enough people were talking about it that she eventually responded with an ‘apology’ that gets worse every time I read it.

Not a lot of people are lucky enough to be held accountable for all their past bullshit in front of the entire world. I’m mortified and sad at who I used to be. I was an insecure, attention seeking troll. I am ashamed and completely embarrassed at my behavior but that…

It initially started by saying she’s “mortified and sad at who [she] used to be” and characterizing that past self as an “insecure, attention seeking troll,” then quickly turned self-aggrandizing. “I have worked so hard to give you guys joy and be beloved and the feeling of letting you down is nearly unbearable, truly,” she wrote. “These were not my only mistakes and surely won’t be my last as hard as I try but god I will try!!”

But the worst part, the part that shows this statement was more about salvaging Teigen’s image than actually making amends, was her claim that she’d tried to connect with Stodden privately but was also posting publicly for accountability, which Stodden quickly debunked. “I accept her apology and forgive her. But the truth remains the same, I have never heard from her or her camp in private. In fact, she blocked me on Twitter,” they wrote on Instagram. “All of me wants to believe this is a sincere apology, but it feels like a public attempt to save her partnerships with Target and other brands who are realizing her ‘wokeness’ is a broken record.”

I know this all went down weeks ago, but I’ve been thinking about it ever since, as it touches on so many bigger issues—and I kind of can’t believe that my go-to feminist publications aren’t thinking about it too.

What does it say about us when we gleefully buy into cruelty?

I know it’s very fashionable to look back on the way we as a society spoke about and treated young women (or people we perceived to be young women) in the early oughts with horror and disbelief, but I’m not sure that applies here. I mean, it was never actually acceptable for an adult to tell a child to kill themselves. And yet, that’s exactly what Teigen did in the online equivalent of shouting it from the rooftops.

Worse, as one of Friday Things’ Instagram followers pointed out in a DM conversation when this story first broke, “whether it was intentional, Chrissy used stories like Courtney’s to gain fame and wealth.” In 2011, when Teigen was sending these vile messages, she was 26 and at the beginning of her career. She’d been named rookie of the year in the 2010 edition of Sports Illustrated’s swimsuit issue and subsequently appeared on some competition shows, including a brief stint on Deal or No Deal alongside Meghan Markle. But the cookbooks, product lines and higher-profile TV gigs, like co-hosting Lip Sync Battle and her own short-lived Quibi show, were years in the future. I’m not trying to downplay the role her talent played in growing her career, but her massive social media following, garnered through exactly these types of mean-spirited tweets, was a huge part of determining her bankability. We made Teigen as much as Teigen made herself.

We’ve seen several people belatedly face consequences for their past tweets recently, including Alexi McCammond, the would-be EIC of Teen Vogue who stepped down before she even officially started when old tweets containing anti-Asian sentiments resurfaced earlier this year. And we’ll likely see many more, especially as the gulf widens between what people used to get away with saying and what’s acceptable now. So, what’s the way forward? Because even though public opinion is shifting, rich and powerful people don’t stop being rich and powerful over a little social media censure; eventually, Teigen will re-enter the public eye and maybe even rejoin Twitter, and I’m not sure what that will feel like.

I think this speaks to a bigger question of how we approach wrongdoing, though. What Teigen did was horrifying and I don’t know that an apology and some time out of the spotlight feels like ‘enough’ punishment. At the same time, I believe in growth and redemption, and I’m trying to actively shift my mindset away from punitive responses to wrongdoing. I just don’t know what that would look like here. A better apology, maybe. The same Friday Things commenter who pointed out that Teigen used Twitter to build her brand also suggested redistribution of wealth (I.e., a big-ass donation to a relevant charity) as a meaningful gesture. I know donations can be perceived as doing the bare minimum, but when framed like this, maybe it feels a lot more significant?

Who gets away with just an apology, and who loses jobs and opportunities?

Late last year when news broke that Ken Jennings would be guest-hosting Jeopardy! following Alex Trebek’s death, some of his own problematic tweets resurfaced, including ones making ableist jokes. He had apologized in 2018, and did so again in December, and… that was it. In 2016, Blake Shelton apologized for his old tweets, which were sexist and homophobic. He’s also doing just fine. And it’s not just celebrities; recently, the CEO of Washingtonian, a monthly city magazine, had to apologize for an op-ed that threatened to penalize employees who wanted to continue working from home. She’s… still the CEO of Washingtonian. By this point, public figures saying they’re sorry is more PR strategy than actual admission of wrongdoing. (I mean, there’s an entire Twitter account devoted to parsing these apologies.)

I obviously don’t think Teigen (or McCammond for that matter) should be able to dodge consequences for the harmful things they’ve said in the past. But I do think it’s worth considering why white people, especially white men, don’t receive the same level or scale of ‘punishment’ that racialized women do.

All of which is to say, there’s a lot to think about here. So, why aren’t other publications… doing that? I think it’s hard to criticize someone you’ve held up as a role model and a feminist icon. Maybe they feel complicit. There’s also a very cynical part of me that wonders if they’re trying not to jeopardize future access to her. I get all that—I’ve written about Teigen several times before, and I’ve always been sympathetic. But if media is going to make social justice part of its business model, it can’t pick and choose who it applies that lens to.

When Teigen left Twitter in March, Jezebel posted a take on whether she needed the platform, or the platform needed her. Isn’t Teigen bullying a vulnerable young person even more worthy of analysis? Because if we neglect to cover it when our feminist faves f**k up, we’re doing everyone a disservice.

This op-ed was adapted from Stacy Lee Kong’s weekly pop culture newsletter, Friday Things. If you’d like to read more, sign up here.