Where Are The Dads? They Need to Rise Up, Now

Men need to be out in the world demanding childcare and support for working parents with the same fervour as mothers. 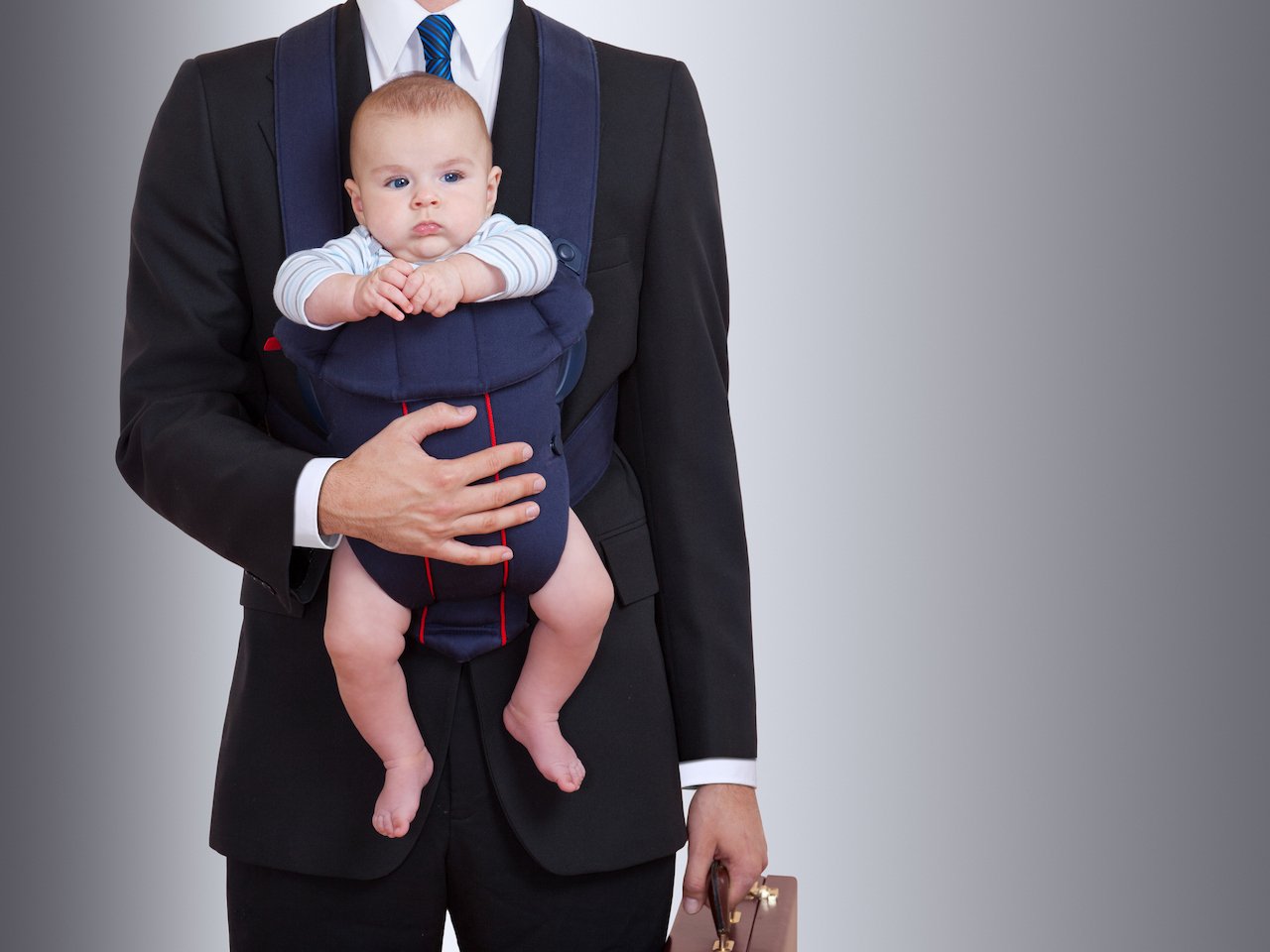 “Sorry, I can’t do that meeting this afternoon,” the nation’s big bankers and lawyers have started saying to their bosses, months after their wives began saying similar things to their own. “I’ve got to help my son with his times tables.”

That would be impossible, right? But do you know what else was impossible just a few months ago? Absolutely everything about our current reality.

We keep hearing about parents struggling in this time of pandemic, but let’s face it: everyone means mothers. It’s women who are writing the op-eds and sharing posts on social media about the urgent necessity to safely reopen schools and childcare facilities. It’s women who have been brought to the end of their tethers struggling to balance family and professional responsibilities, and doing a bang-up job of neither.

Women represent more than half of workers with children who lost their jobs between February and April, and less than half of those who made job gains in May. Single parents have experienced the greatest loss of employment and hours, and most of them are (wait for it) women. Many women lucky enough to still have jobs are nonetheless contemplating leaving the workforce, finding the demands of work and parenting at once exhausting and perhaps impossible. All of this is leading to deficits that will have long-term consequences for women’s careers and personal finances, not to mention children who are primarily supported by a mother’s income.

The beginning of a solution to this quandary lies with men. But not with their current approach of adhering to the status quo, as elected officials proposing tentative plans for half-time attendance and online learning while bending over backwards to help industry and employers. And not with fathers sliding back into being the main breadwinners while their female partners make up for lost daycare spots, or stay home to care for children on the rotating days or weeks when they’re not in school.

Clearly, system-wide changes are required to the way education and childcare services are both funded and delivered. This is a moment that requires moonshot innovation from policy makers in collaboration with educators, unions, scientific researchers and public health officials. But more immediately, change needs to start at home, with fathers stepping up to take responsibility for supporting their partners in both the professional and domestic realms.

Dads don’t just need to do their share of the laundry. Dads need to be out in the world demanding support for working parents with the same fervour that their partners are.

There is no reason why the burdens of our moment must necessarily fall on women. And that they have been only shows how deeply entrenched are patriarchal notions of marriage and family, notions many would have hoped to abandon decades ago. But even before the pandemic, women who began their careers with equal professional standing to their partners very often found themselves falling further and further behind, as pregnancies, parental leaves, and the demands of childcare turned out to be impossible setbacks.

It becomes easy for a woman’s career to be considered disposable once she has children. Her job is more flexible—she worked irregular hours already to accommodate the daycare schedule, after all. And when a crisis arrives in the form of our global emergency, it seems obvious that this flexibility should continue…until thousands of women have flexed their way right out of the workforce, away from the careers in which they’ve invested decades.

But what if it didn’t have to be like this?

Change is possible. It’s become normal, for example, for Canadian fathers to take parental leave: 30 percent of new fathers filed for Employment Insurance in 2015, according to Statistics Canada, versus just three percent in 2000. This has forced employers to adapt. In my own family, we are fortunate that my husband’s employer has long accommodated the demands of family life.

So how would things change for women if more employers became so accommodating, driven in part by fathers demanding flexibility so that their wives can stay in the workforce with their heads above water? In March of this year, when we all started working from home, my husband was the one who spearheaded our kids’ homeschooling efforts while doing his own work, because I was busier at the time—and also he was better at it than I was. The work I do doesn’t matter less just because he makes more money.

That heterosexual men tend to earn higher incomes than their female partners is the usual excuse for why they’re less invested in the current challenges of family life—but it’s really not a good one. In fact, men’s still-higher incomes makes the need for their demands all the more powerful. Imagine the business of Bay Street (from its remote work-from-home locations) brought to a halt by the workers with the most agency and clout. Imagine middle-class men recognizing and using the weight of their choices and voices, wielding their power to make a difference.

Now is a moment for reframing, for new structures, for men to finally step up and rise to the occasion to support their families and their partners, to envisage the kind of communities we all need going forward. Not least of all because it’s the decent thing to do. But also because we’re never going to see that moonshot investment we need for a livable reality until men are just as affected and outraged by the current education and childcare situations as women are.

As long as men keep failing to advocate on behalf of their families, policymakers can shrug off women. Which is what they usually do, which is why nothing has changed.