Canada, Then And Now: Why Are People Still Using the N-Word? 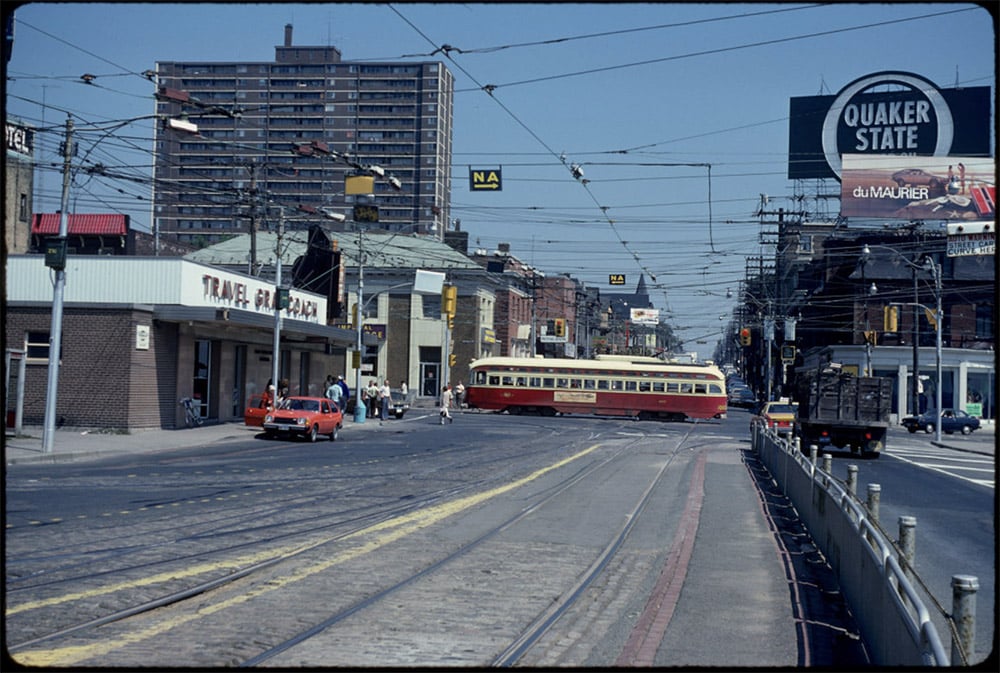 A 1973 photo of the Queensway in Toronto, looking east to King Street at Roncesvalles Avenue; the neighbourhood where the author grew up. (Photo: City of Toronto Archives, Fonds 1526, File 72, Item 89)

When I heard the news, I had a horrible feeling in the pit of my stomach. It had happened again. Last September, in an Ottawa university, the N-word—in full—was casually dropped in class by a white professor. (It was subsequently defended as “academic freedom.”) Sadly, this wasn’t an isolated occurrence. Earlier in 2020, media reports circulated about an Ontario high school teacher, also white, who had been recorded using the ugly slur in class in 2019. (She told students she “become comfortable” using it.) In both cases, Black students were hurt, ashamed and angry—and rightly so. In my opinion, no one—no one—has the right to use that word. And here we are now, in February, 2021—Black History Month—still addressing the fact that Black Lives Matter and so do Black students’ feelings. But there’s always a reason, always an excuse.

Let me back up a bit to give you some context.

I am a Gen Xer who grew up in Toronto in the 1970s. I’m also a Black woman. Growing up during this era was an exercise in resilience, to say the least. Being “woke” was not yet a concept, and overt, ongoing and daily racism was a reality. For a young Black girl in elementary school, that meant hearing the N-word often. It wasn’t just spoken by white kids who knew the power behind the word, as well as the pain it caused. It also came from the mouths of white teachers whom one would assume should have known better.

Perhaps they did. And perhaps, in spite of knowing, they didn’t care.

One had to assume that the latter was the case, at least in my situation. One of many examples: In grade six I was required to read The Adventures of Huckleberry Finn. Ask any Black child who has had to endure reading this “classic” how they felt about it, and I’m pretty sure that the answer will not be positive. I know it wasn’t for me, the only Black child in my class.

Set in the antebellum South, the book chronicles the relationship between the eponymous protagonist, a white child, and his Black adult friend “Jim”–who throughout the novel is referred to as “[N-word] Jim.” To be clear, this categorization of a man who was diminished by this slur was not lost on me, or the other kids in my class. While they seemed to find it funny each time the name was said (by both the teacher and the children who were selected to read the story out loud, to my horror), I could not find the humour in the situation. Every time the N-word was uttered in the book—219 times in total—a piece of me broke. I became smaller and smaller. My perception of self diminished 219 times until it was so tiny, it was almost lost. 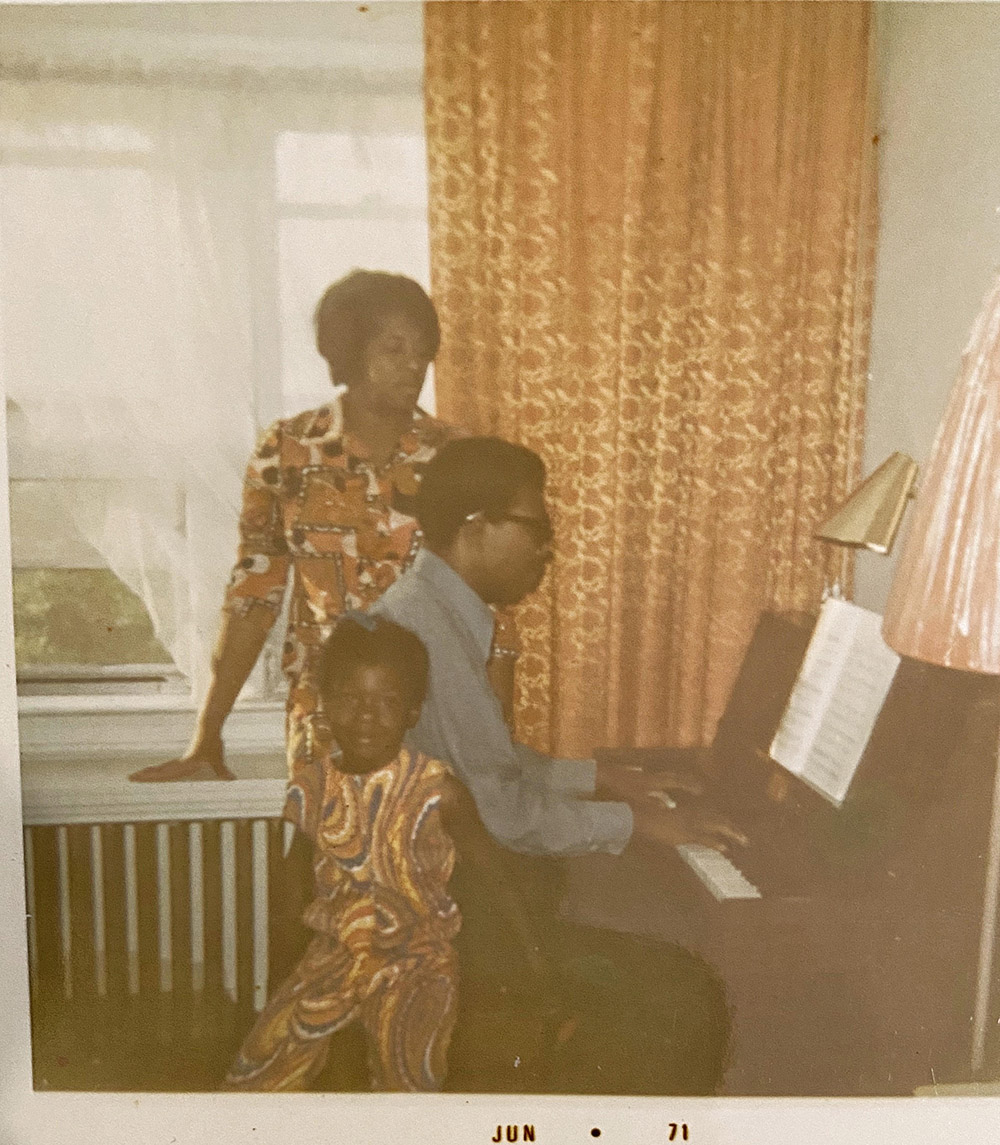 Fast-forward to 2021. Why, over 40 years later, are we still having to contend with teachers saying the N-word to students of any age?

The killing of George Floyd in May 2020 set off a worldwide movement against anti-Black racism and brutality. Finally, it seemed that those who had been oblivious to the reality of racism towards Black people had woken up. There were protests in the streets and a global demand for equality and fair treatment for all. People who were previously unaware of their privilege woke up to its existence and vowed to become allies in the road to change. Racial equality was the destination; education was the journey.

But ironically, many of the educational facilities that should be leading the charge towards eliminating racism were instead leading a regressive charge back to a time when casual racism and privileged classrooms caused pain for Black students. From incidences of blackface being worn by white students at school to blatant and systemic racism in educational institutions and beyond, the pain persists. (A new report by the Toronto District School Board outlines how Canada’s largest school board has “a serious racism problem,” “with reports of anti-Black racism exceeding all other hate incidents documented in the past school year.”) There’s a through line from 1970s Toronto to 2021 Canada. While schools in Ontario may have eliminated the reading of books that have overtly racist slurs and tropes within them, a shocking lack of awareness to Black trauma caused by these words still exists. The Ontario teacher who had used the N-word in class did so, in spite of the pain that her Black students may have felt. The University of Ottawa professor who used the word in class was supported by colleagues who cited “academic freedom.” That word—the n-word—has not been removed from the consciousness of those it pains. Nor has it been removed from the purveyors of trauma who wield this ugly slur to not-so-subtly remind others to know their place.

The throughline from then to now is the persistence of a culture that refuses to unequivocally reject a word that may be the most painful in the English language. Others are seemingly oblivious to the trauma of this word being uttered in the presence of a Black person. Last year, longtime CBC host Wendy Mesley claimed carelessness about using the word after uttering it in a story meeting. She subsequently apologized and was suspended, but the damage had been done. This month, a Montreal newspaper used a derogatory racial slur as part of a crossword puzzle. Teachers, professors and other academics and professionals should know better, shouldn’t they? Or perhaps feigning ignorance is a tacit way to continue the status quo. Who knows?

In February each year, we herald Black History Month in Canada and I do hope that this recognition continues. It’s important to teach our kids and larger society about the considerable contributions that African-descended people made to this country. And yet the experience of being Black in Canada is still fraught, a reality underscored by every news story about a police killing or brutalization of a Black person and by every professor and every celebrity who is forced to apologize after they’ve casually uttered the N-word.

How far have we really come in addressing anti-Black racism in Canada since the 1970s, if at all? If we’re answering honestly, not far enough.