After the success of the Netflix show, I re-read Julia Quinn's historical romance series about the Bridgerton siblings. Like a scratched CD, it works but hits some snags. 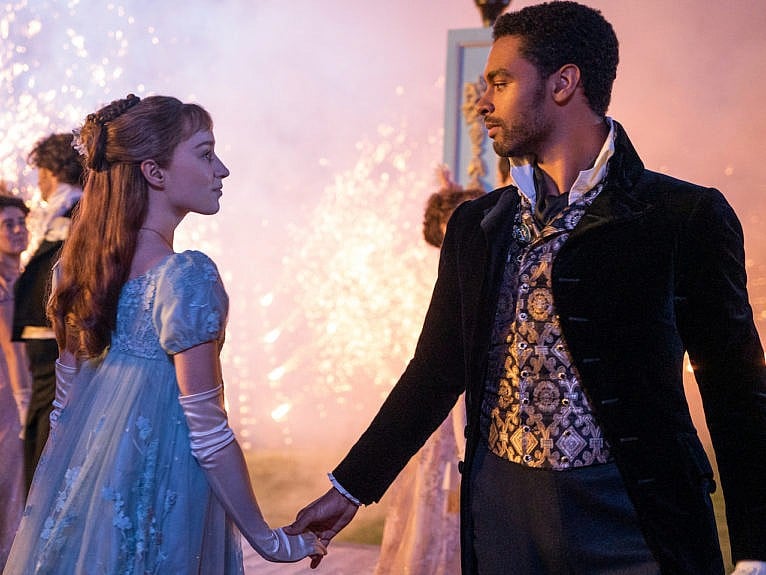 The Netflix hit series Bridgerton is based off a series of books by author Julia Quinn. (Photo: Liam Daniel/Netflix)

There are bad book adaptations, there are good book adaptations, and there are book adaptations that become instant pop-culture phenomenons, birthing a fandom so fervent that it catapults everyone from the adaptation’s cast to the original book’s author to a new level of stardom. I think it is safe to say that the Netflix-Shondaland production Bridgerton, based on an eight-book historical romance series by Julia Quinn, has done exactly that.

Months after its release this past Christmas, Bridgerton has surpassed The Witcher to become Netflix’s most-viewed original TV series, with over 80 million viewers. This, in turn has re-fueled the demand for its source material: The series’ first book, The Duke & I, became a number one New York Times’ bestseller list 21 years after its initial release in 2000 (books two, three, four and seven in the eight-book series appeared on the list as well). The books have repeatedly sold out to the point where one hardcover edition was briefly listed for more than US$700 on Amazon.

For those who hibernated through the hype around Bridgerton, each book in the series follows one of the eight aristocratic Bridgerton siblings, alphabetically named from A through H, as they waltz (sometimes literally) into love, lust, and scandal in Regency England. Each book also receives a second epilogue in the anthology The Bridgertons: Happily Ever After. I first read the entire series—as a long scroll down my Goodreads will prove— exactly a decade ago, at the innocent age of 11, when I stumbled onto historical romance. I began a journey that started with reading everything Meg Cabot had ever written, resulting in a hormone-fueled trip that led me to Lisa Kleypas, Beverly Jenkins, and of course, Quinn.

I enjoyed the series at the time, but recently began wondering whether my inexperience (both sexual and otherwise) had clouded my proverbial reading glasses at the time. So after bingeing the first season of the Netflix show, I decided to re-read the entire Bridgerton series—and, unfortunately, my newly sharpened critical lens left several rips in all the books. Some romance fans would counter my critique by saying that the romance genre is meant to be an escapist fantasy, but that doesn’t mean negative observations can be brushed off. Romance fans can’t insist that our books deserve as much respect as other genre fiction, then complain when respectful criticism makes our fantasy worlds less fun.

Shonda Rhimes’ adaptation of the series has gained a lot of press—both raving and critical—for its “colour conscious” casting, which is uncommon in period dramas. The extent of this press serves to further emphasize that there are absolutely no racialized characters in the entire original book series (Michael—the love interest of the sixth Bridgerton, Francesca—spends four years in India, but not even one interaction with an Indian person is included). 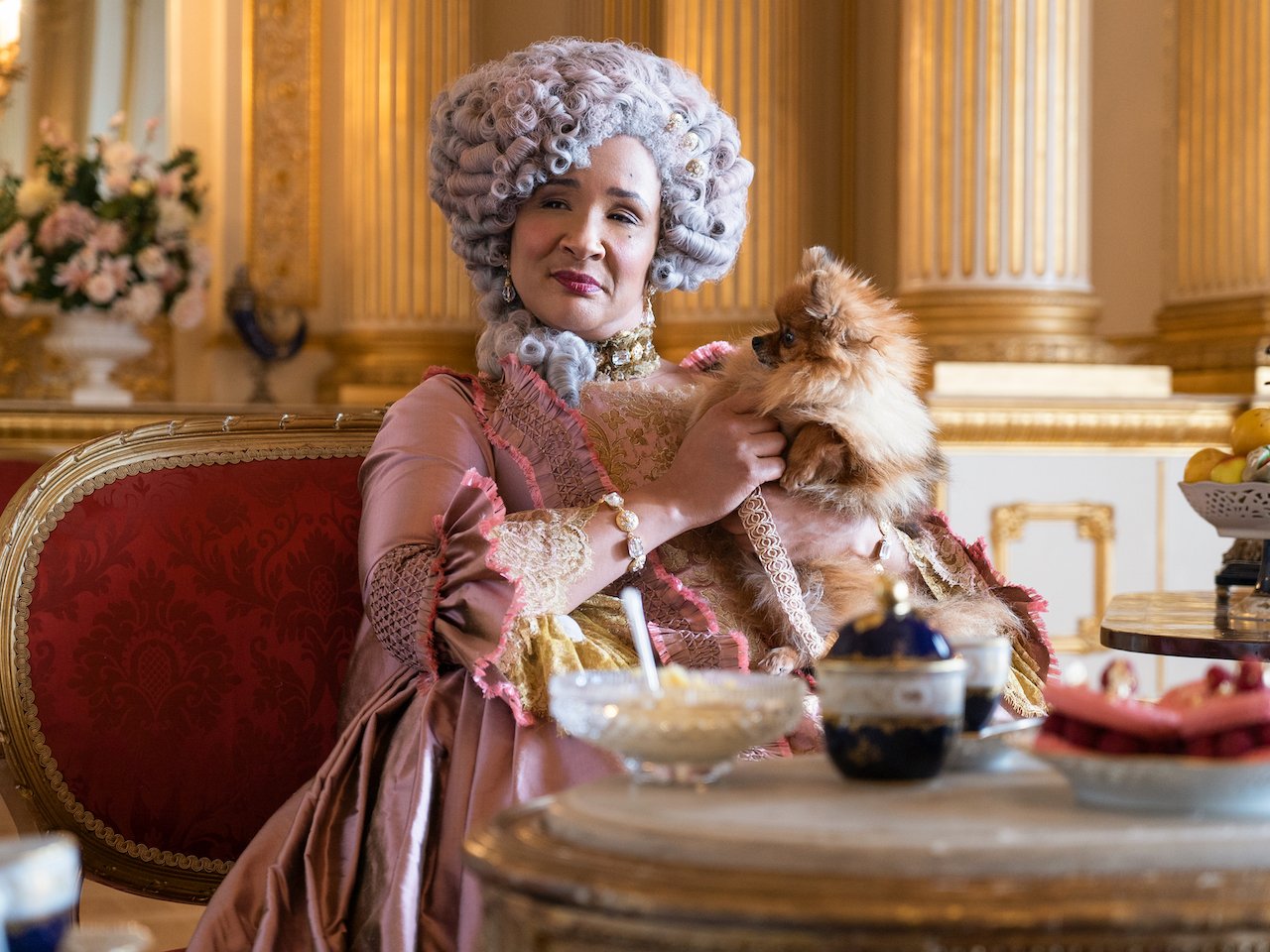 There is also only one queer character, who doesn’t show up until the last book, On the Way to the Wedding: a malicious fiancé who has no qualms about almost trapping the heroine in a dishonest, loveless marriage of convenience, before he’s eventually outed without his permission. Combined with subtle ableism, fatphobia and an outright, incredibly offensive portrayal of mental health in To Sir Philip, With Love—in which the love interest of the fifth Bridgerton Eloise, Philip’s mentally ill ex-wife is a silent prop to illustrate his heartache—it was enough to make me want to lower my 10-year-old Goodreads rating for many of the books.

The lack of diversity is common to all of Quinn’s work, as well as the historical romance genre as a whole. Quinn has previously admitted that she finds including diverse characters in Regency England “tricky.” Though the presence of Black and brown people in Regency England—largely as servants with a few Black aristocrats—is historically accurate, she felt that having her characters lack racism towards them (without significant character development) would not be. She’s also said that she didn’t want to appropriate a narrative not belonging to her. But while there is an ongoing debate about the latter point, Quinn and her peers’ total erasure of queer or BIPOC people in their work furthers the misconception of an all-white Regency England in readers’ minds.

Another recurring theme in the series is dubious or nonexistent consent to intimacy. The worst examples are probably in The Duke and I, the first novel in the series and the one the first season of the show was based on. In one oft-discussed example, Daphne “arouse[s] [Simon] in his sleep, take[s] advantage of him while he [is] slightly intoxicated, and [holds] him to her while he pour[s] his seed into her,” to conceive children—despite Simon explicitly telling her that he does not want any. Though the TV adaptation alters this scene, it never really addresses this issue of marital rape, to the disappointment of me, and many other viewers.

Sex and sexual attraction are often used as tools of manipulation by male characters. The most egregious is Benedict, the second Bridgerton son, who attempts to use intimacy to manipulate a maid named Sophie into agreeing to be his mistress, despite her multiple rejections. His behavior is particularly repulsive because he is technically her boss, since she works in his mother’s house. Though Benedict does realize the error of his ways at the end of the novel (unlike everyone else), his harassment of Sophie throughout most of An Offer From A Gentleman made re-reading it incredibly unpleasant.

Neither Quinn nor her characters seem to recognize these instances as rape, assault or harassment at all, let alone condemn them or use them as opportunities to learn and grow. Combined with frequent casual sexist comments—who refer to women as incomprehensible, illogical creatures and often tell them that they ought to be married—it often rendered the male characters unlikable, making it hard to root for their happiness. The first season of Bridgerton did a decent job tackling its source material’s lack of diversity, and I hope future seasons can address the importance of consent and boundaries in the same what that the duke and duchess are addressed—with grace.

Quinn’s witty and even hilarious prose, as well as the warmth between the Bridgerton siblings redeems the books to three stars. But I think my copies of them (save for The Viscount Who Loved Me, because I’m a sucker for an enemies-to-lovers storyline) will likely remain in the same place as old, unmarried women in Regency England—on the shelf.