The Winter Weather Forecast According To Environment Canada

This winter will be milder-than-normal in most places in the country. 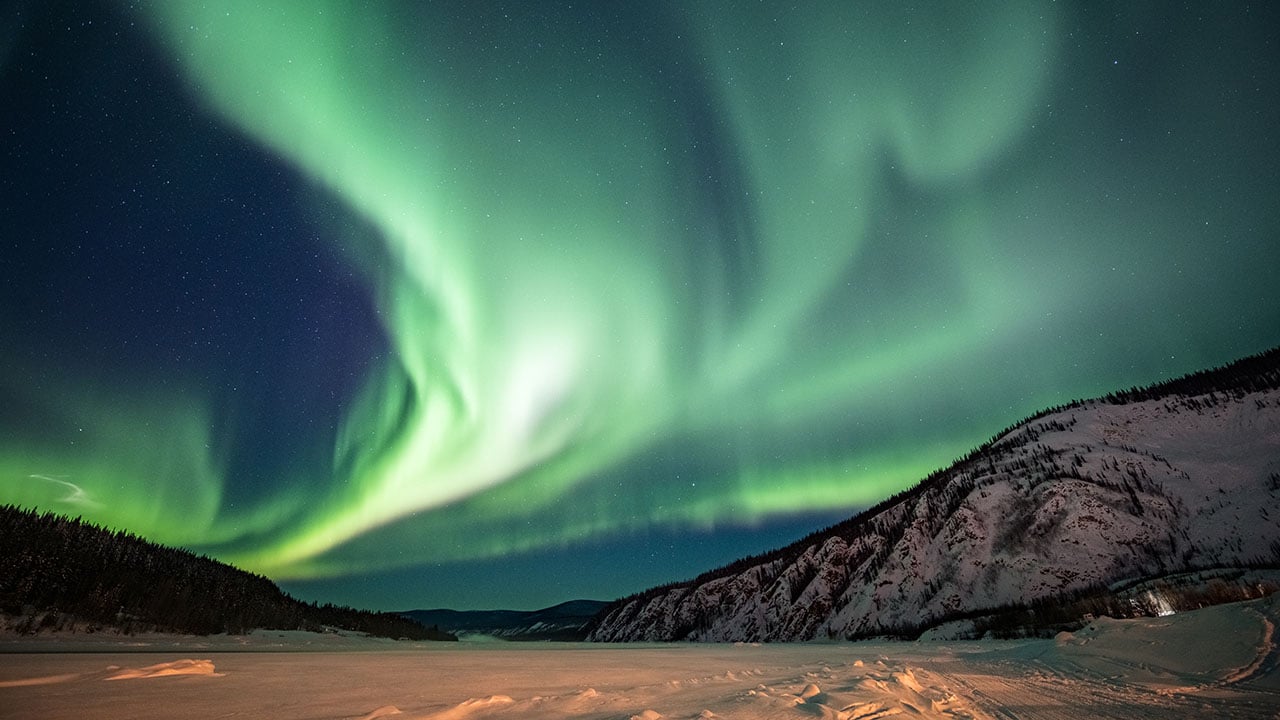 The Northern Lights above Yukon in winter. (Photo: iStock)

The first day of winter isn’t until December 21st, but many parts of Canada have already been experiencing snow and winter weather.

Though it’s hard for meteorologists to tell us exactly what the forecast will be all season long, David Phillips, Environment and Climate Change Canada’s senior climatologist, gave us a nationwide temperature and precipitation forecast for the months of December, January and February.

Most Canadians can expect a warmer-than-normal winter, despite reports of La Niña (a mass of cold air in the Pacific that usually signals colder weather in the western part of the country). Precipitation wise, Canadians can expect a wetter-than-normal winter, but that doesn’t necessarily mean snow—especially if the weather is warm. “What it means is there’s more moisture, and so what you’ll see is more rain, snow, or more freezing rain,” says Phillips. “It will be more sloppy and slick and icy, but it depends on [the temperature in your area].”

Another weather phenomenon Canadians are thinking about around this time of year is whether or not there will be a white Christmas for those who celebrate it. Though it’s hard to pin down weather on a particular day this early on, Phillips says that white Christmases have been less common in recent years because of the effects of climate change on the weather. “We’ve also seen the depth of snow on Christmas morning has gone down—in some cases half as much as it was,” he says. “So we might’ve seen 16 centimetres on average 30 or 40 years ago, now it’s more like eight centimetres.”

And of course, though this is a seasonal forecast, it’s still important to check local conditions before venturing outside (we love Environment Canada’s WeatherCAN App).

Aside from warmer-than-normal air in the southern part of the province, the rest of British Columbia can expect a fairly normal winter, temperature-wise. However, Phillips notes that B.C. will experience more precipitation this winter. “In lower elevations, this means more rain, but at higher elevations, you’re going to have that perfect snow,” he says. “The ski season looks very promising.”

In the Prairie provinces, fear of La Niña gripped the region this fall as Canadians living in Alberta, Saskatchewan and Manitoba braced for what they predicted would be a harsh winter. Though the northern part of the region will experience a colder-than-normal winter, the southern part of the area (along the Trans-Canada Highway) is forecast to be milder-than-normal according to Environment Canada’s models.

Precipitation wise, most of the Prairies will likely have a wetter-than-normal winter, which will be welcome after a very dry fall. “You don’t want too much [precipitation], you don’t want a flood season in the spring, but you want enough to fill those top layers of soil with moisture when everything melts,” says Phillips.

Like most of Canada, Northern Ontario and Quebec is expected to have some of that colder and drier arctic air while the southern part of the region will likely be warmer-than-normal and wetter-than-normal. “It might mean more freezing rain, which could be the boogeyman this winter,” says Phillips. Environment Canada is also watching for storms and air masses originating in the southern United States and the Gulf of Mexico: “if they go through the Great Lakes on their way to Canada, it’ll mean snow.”

Quebeckers will see a wetter-than-normal winter, and will likely experience lots of snow—though it may not last. “If you see a good snow day, go for it,” says Phillips. “If you wake up on Monday and go skiing, it may not be there on Thursday because of the intervening weather.”

The territories are forecast to be a bit colder-than-normal this winter, which Phillips says he finds surprising, since the trend in the last 30 years has been warmer winters. “It’s climate change, there’s no question about it,” he says. “Our winters in Canada are the one season that’s warmed up the most. It’s all relative to the historical standards, but the normals in some parts of the country have warmed up three to five degrees in the last 70 years.”