What Is A Universal Basic Income—And How Might It Work In Canada?

What it is—and what the arguments are for and against it. 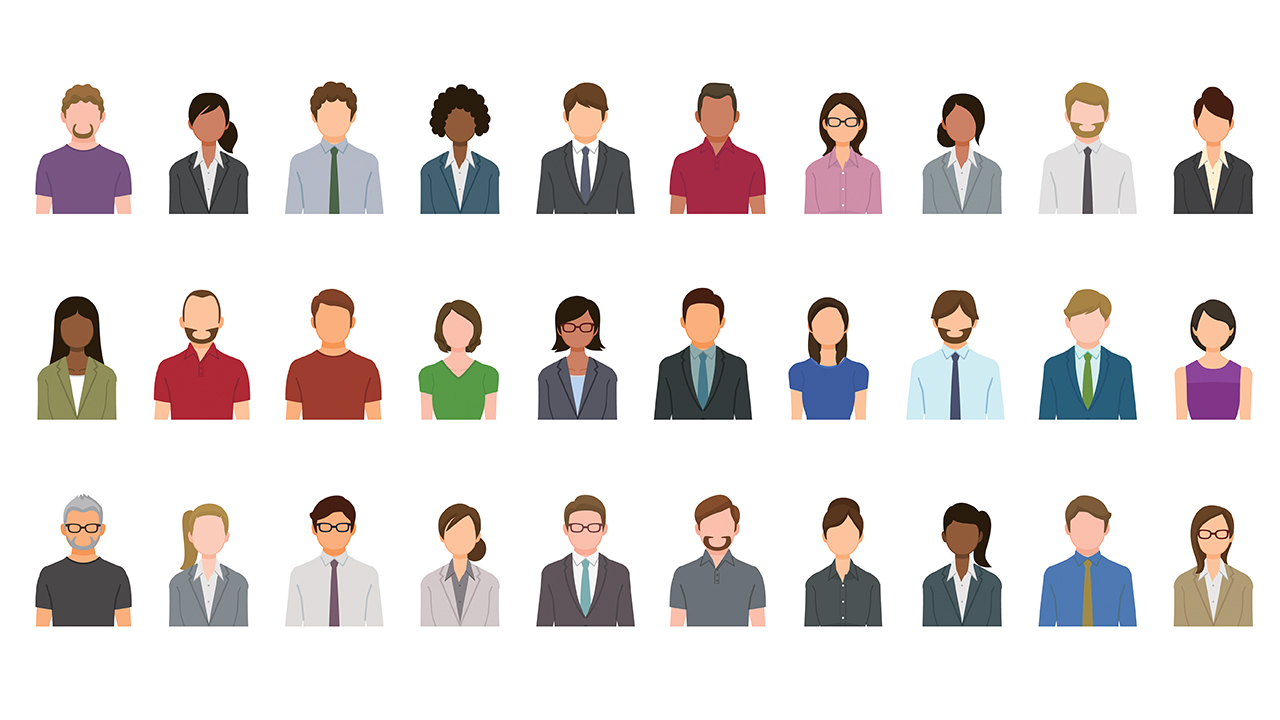 With the Canada Emergency Response Benefit (CERB) having ended on October 3, some are calling on the Canadian government to transition the temporary pandemic income support into a permanent basic income program, or guaranteed regular income, for everyone. (Applications for CERB’s replacement, the Canada Recovery Benefit, open October 12.) The emergency benefit—which gave $2,000 every four weeks to Canadians who don’t qualify for EI and saw their incomes drop under $1,000 a month due to the coronavirus—saw 8.86 million people, or nearly a quarter of the Canadian population, apply. Advocates hope that the benefit will set the stage for a universal basic income (UBI), and show Canadians that a basic income program is possible.

The idea of transitioning CERB into a universal basic income has already gained some support—B.C. senator Yuen Pau Woo, for example, thinks that “this is an opportunity for [Canada] to, at the very least, conduct an experiment.” And, on August 10, Winnipeg NDP MP Leah Gazan tabled a motion in the House of Commons to convert CERB into a permanent guaranteed livable basic income (though parliament was prorogued before the issue was brought forward in the House for debate). And the platform of the new leader for the Green Party, Annamie Paul, includes a call for a universal livable income.

But what is a universal basic income? Has it been tried before? And how might it look in Canada?

What is universal basic income?

Generally, “universal basic income” or “basic income” refers to a guaranteed livable income that is provided to everyone in a population on a regular basis. “Everyone receives enough money to live a modest but dignified life,” explains Evelyn Forget, a professor of economics at the University of Manitoba in the Department of Community Health Sciences and a member of the Basic Income Canada Network, a non-profit that’s lobbying for a UBI in Canada. Beyond that, there are many different ways of organizing basic income—from how much everyone gets, to what welfare programs it might replace, to whether or not everyone should receive the same amount.

In Canada, the conversation has focused on a basic income guarantee or a guaranteed livable income. “What that means is if you have no income, you’d receive the full benefit. If you’re working but you’re still a low-income person, you’d receive a partial benefit,” Forget says. “So as your income increases, the benefit declines, and then at higher incomes you’d receive nothing at all.” According to Forget, the concept of a true universal basic income, where every single person in the country receives the same amount (which U.S. Democratic presidential candidate Andrew Yang campaigned on) has never gained much traction in Canada.

There are already some basic-income-like programs in Canada—like the federal child tax benefit, Forget says. Basic income advocates are calling for programs that would have no additional qualifications, like having a child; everyone who meets the income requirements would be able to receive at least some money.

What’s been tried in Canada? And what were the findings?

There have been two major runs at a basic or guaranteed income program in Canada. The first one took place in the 1970s in Dauphin, Man.—a town of approximately 10,000 people that’s about a five-hour drive from Winnipeg. Dubbed “Mincome” (or minimum income), the experimental program, run jointly by the federal and provincial governments, was designed by a group of economists to address rural poverty. Over the five years that the program ran, an average four-person family in Dauphin was guaranteed an annual income of at least $3,800 (which would amount to about $20,000 today).

That program showed some real results: though the amount participants received from Mincome was, according to Forget, not much more than they’d receive if they were on welfare, “it made a difference for low-income working people in particular because they wouldn’t have been eligible for welfare, but they still received a partial top-up.” According to researchers who analyzed the data from Mincome, the extra money that was available enabled low-income teens to stay in school, rather than drop out to provide for their families. Health care use dropped as a result of a decrease in accidents and injuries—from unsafe work conditions or working dangerous jobs while stressed or overtired—which Mincome enabled workers to avoid. There was also a decrease in visits to family doctors for depression, anxiety and sleep disorders—and, there was a decrease in mental-health-related hospitalizations.

In 2017, Ontario—then under Liberal leadership—launched its own three-year basic income pilot, but it was cancelled ten months later by Doug Ford’s newly elected Progressive Conservative government. The pilot gave about 4,000 low-income participants an annual stipend—individuals received $17,000 per year, couples received $24,000, and people with disabilities were eligible to receive an additional $6,000. According to then-social services minister Lisa Macleod, the program was cancelled because the government believed it was failing to help people become “independent contributors to the economy” and the PCs suggested that the program would discourage participants from working. Despite that, a report compiled by researchers at McMaster and Ryerson universities found that nearly three-quarters of respondents who were working when the project began continued to work, even as they received a basic income. Participants also reported better overall health while taking part in the program—more than half said they were smoking less, 48 percent said they were drinking less, 83 percent described feeling depressed or anxious less often and 81 percent said they felt more self confident. Participants also pointed to outcomes like improved diets, better housing security and less-frequent hospital visits.

Though there aren’t any countries that currently have a permanent UBI in place, programs have been experimented with in many countries such as Brazil, Finland and Iran.

What are some of the arguments against UBI?

Some argue that it’s an employment disincentive. But, Forget points to the Dauphin example as one that dispels this argument. According to her, most people who were already employed in Dauphin stayed employed. In that trial, there were only two groups who delayed entering—or re-entering—the workforce as a result of the program: new mothers who used the basic income to fund a longer maternity leave and young men who finished their education with less pressure to leave school and support their families.

Another major argument against basic income is the cost. However, “it turns out that a basic income guarantee comes in at not terribly much more than many of our other social programs,” says Forget. According to a report by the Office of the Parliamentary Budget Officer, a national UBI (if it were constructed like Ontario’s 2018 pilot) would cost anywhere between $45.8 billion and $96.4 billion, depending on how it’s rolled out. In contrast, the federal government spent $177.3 billion on social protection programs (such as programs to help the elderly and people who are unemployed) in 2017. It’s still far from free, and the costs will have to come from somewhere, but Forget argues that there are ways of increasing tax revenue without increasing overall tax rates. “One of them is to look at some of the non-refundable tax credits that benefit largely high-income Canadians,” Forget says. “All that foregone tax revenue every year could go a long way towards paying for a basic income.”

However, some argue that the money needed to fund a UBI would end up coming from axing preexisting social programs, like the Guaranteed Income Supplement for seniors, screwing over those who are dependent on them. “Because basic income is so expensive, it’s typically paid for through cuts to programs for the most marginal and vulnerable,” explains Mike Moffatt, an assistant professor at the Western University’s Ivey Business School. “During the Ontario pilot, persons with disabilities who took the basic income had to agree to give up a lot of supports in order to access the program. Because of this, many persons with disabilities refused to enroll.”

Another argument against instituting a UBI is that it’s a “form of free-market fundamentalism, where it’s believed we can solve social problems by handing out cash and letting the free market work things out,” says Moffatt. Those in this camp argue that UBI wouldn’t address the biggest problems currently facing Canadians—like affordable housing—and might actually exacerbate the problem. If we use housing as an example, since UBI won’t build more affordable housing, rents could soar and the UBI would just go straight into the pockets of landlords. “This is ultimately why a basic income can’t ‘solve’ poverty,” Moffatt says. “Poverty, in an economic sense, is an income that is insufficient to pay for the necessities of life. If the basic income causes rents to increase, as more dollars chases the same number of units, then we’re no further ahead.”

What are some arguments for UBI?

According to Forget, those who advocate for a basic income “recognize that we’re already paying a lot to deal with the consequences of poverty.” In Forget’s own work, for example, she wondered if paying people a guaranteed income would help them before they got sick—especially since we’re already spending tremendous amounts of money on things like hospital equipment. One of the most consistent findings, in Forget’s work and others, is that basic incomes almost always correlate with health improvements for participants. “We know that income is one of the strongest determinants of health,” she says. “In low-income countries, [introducing UBI means] physical health tends to improve, nutrition improves, kids are healthier. In high-income countries, mental health improves dramatically.” So, proponents argue, a UBI could also lower the amount that Canadians spend on healthcare—in the Mincome example, healthcare costs went down 8.5 percent during that time in Dauphin.

Another argument in favour of a basic income is that it improves the general quality of life for participants. Aside from health, researchers have found that child development, school readiness scores and high school completion rates improve when there’s a basic income introduced. In the Dauphin example, men who continued in school rather than dropping out to work had more opportunity for growth and class mobility. There’s also greater engagement in the community, social trust and trust in the government, Forget notes. “As advocates of basic income, we tend to focus on just simply eliminating poverty [and all its negative consequences].”