The Weekly Woot: The Ghostbusters trailer is here

And four more awesome things that happened this week. Because we could all use more good news. 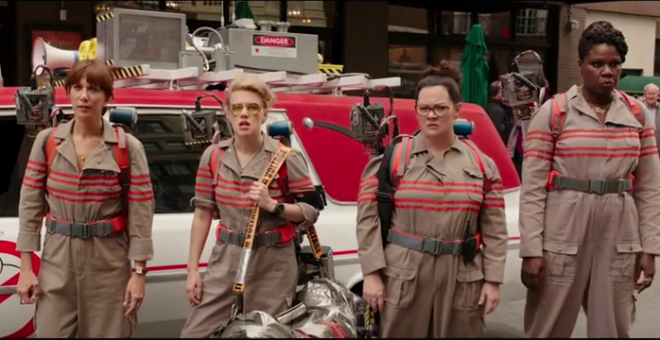 Woot! The first preview of the all-female Ghostbusters has arrived
We were excited when promo shots of Paul Feig’s all-female remake flooded the web last year, but we’re scary excited now. If this new trailer is anything to go on, we can confirm that Kristen Wiig, Kate MacKinnon, Melissa MacCarthy and Leslie Jones certainly aren’t afraid of no ghosts.

Woot! A 90-year-old Michigan woman redefines living life to the fullest
After she was diagnosed with uterine cancer, Norma (last name withheld) said no thanks to radiation and chemotherapy treatments and instead struck out on a cross-country road trip. So far, stops on Norma’s great American adventure have included Mount Rushmore, the Grand Canyon and a venue perfectly suited to the young at heart: Disney World.

Woot! Loblaws has an endearingly ugly solution to the produce price crisis
The grocery chain is adding disfigured peppers, mushrooms and onions to its existing line of Perfectly Imperfect fruits and veggies — a cheap, if unsightly alternative to $7 cauliflower heads. And, let’s be honest, can a GMO carrot do this?

Woot! A B.C. boy and whale have forged the latest adorable interspecies friendship
Lucas Nielsen (human child) and Chester (rescued whale) formed a bond during Lucas’ many visits to the Vancouver Aquarium following a series of medical appointments. Trainers have speculated as to the reasoning behind the pair’s heartwarming friendship: “Chester certainly seems drawn to activity and positivity,” said staffer Nicole Cann. “Lucas, from everything that I’ve seen in him, embodies all of that.” Excuse us while we cry forever.

Woot! Pakistani-Canadian director Sharmeen Obaid-Chinoy makes a statement at the Oscars
Her film, A Girl in the River: The Price of Forgiveness (a critical look at the practice of honour killings), nabbed the award for Best Short Documentary at Sunday’s Academy Awards ceremony. The doc’s impact was so far-reaching that Obaid-Chinoy said Pakistani Prime Minister Nawaz Sharif has pledged to revisit the country’s current laws on the practice.