Hate, misogyny and sexism: For me, it's all in a day’s work

Reporter Tara Bradbury didn't think writing about a women's festival was controversial. Then the backlash began. 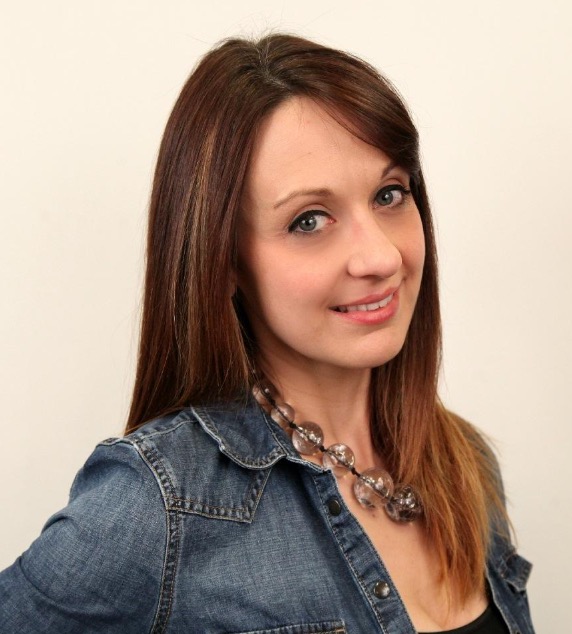 Tara Bradbury is a reporter for The Telegram in St. John’s.

Last week, I wrote an article on FemFest NL. Scheduled to be held in St. John’s this Thursday to Sunday, the conference/festival is bringing together some phenomenal women to speak about issues like infant feeding, midwifery, domestic violence, indigenous feminism, micro-aggressions in the workplace and more. My article wasn’t controversial; it was a regular advance piece for the event, covered much the same way I cover other upcoming events, with all the details and an interview with Jenny Wright and Bridget Clarke of the St. John’s Status of Women Council (SJSWC), who are on the organizing committee.

I think it was pretty straightforward and informative — but what do I know? I’m “just a biased bitch,” according to one reader who so eloquently emailed me after the article was published. “A brainwashed cultural Marxist,” according to another. “Will there be workshops on sandwich-making?” one man wrote to ask. “Do I have to know witchcraft to attend?” asked another troll via Twitter.

There was much more: “There is no need for feminism,” “Women have had equality for years and this is about getting more rights than men,” “Feminism is destroying the concept of family.”

My colleague Louis Power posted a tweet in support of the festival, and was told he was a traitor to his gender. I learned there are men who sit at their computer all day long, searching for #feminism on Twitter so they can butt into conversations with their own entitled views. Jenny Wright tweeted me to express sympathy for the backlash I was getting — she is very used to it, as director of the SJSWC — and a random guy from the United States butted in. “It’s strictly a hatred of the (feminist) ideology,” he tried to school us, before proceeding to provide a link to his own blog as a source of information and to tell me that I wasn’t adding anything relevant to the conversation (his conversation now, apparently) by asking him how he came to be involved in it. He never did answer my question, first nor last.

Every reporter is used to trolls and negative comments on their stories, and it’s generally not a big deal. But there are a few things that make this situation particularly concerning for me. The fact that the article was a simple event-advancer yet it stirred a burning anger in some men that they just couldn’t hold back is disturbing. The fact that most of the guys hurling the abuse used their real names, showing a passion and conviction in their argument that’s not there with anonymous comments, is unsettling and shows the depth of their misogyny. I don’t think they even realize it’s there.

Worst of all is the fact that sexism is something that crosses over from my computer screen into my daily life as a journalist. I sometimes do TV work and have been humiliated by the infamous “FHRITP” slur hurled while taping. I’ve been called “the little one from The Telegram” by local politicians (I’ve been a Telegram reporter for more than 13 years). When then-premier Kathy Dunderdale resigned and every journalist in the city was sent to cover her announcement, another member of the media (a man) joked to a male government staffer, “She’s the arts reporter and is only here to cover what Dunderdale is wearing.” The staff member paused, then informed me in all seriousness that it was a periwinkle blue suit. 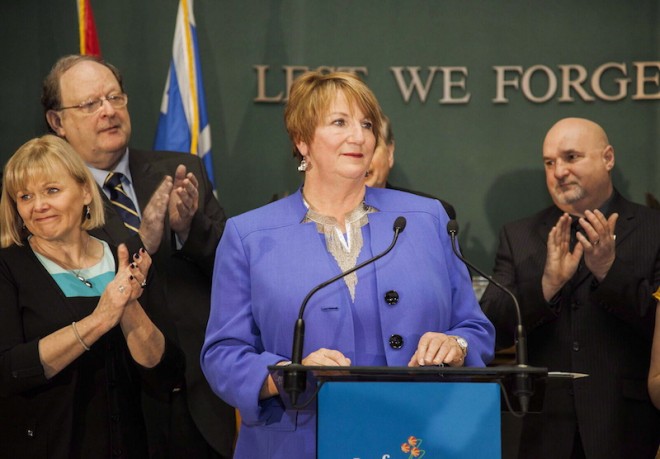 When Bradbury covered Kathy Dunderdale’s resignation, a journalist joked that she was there to write about the premier’s outfit. Photo, Graham Kennedy/The Canadian Press.

I’ve written a lot about domestic violence in this province, and I help lead The Telegram’s Warm Hearts charity project for the women and children at Iris Kirby House. This, alone, earns me hate mail, and more: one time, after leaving me a voicemail to inform me of the appointed time I was to make myself available to discuss the story he demanded I write, a man showed up at The Telegram, demanding I interview him about “women liars” and start a charity project to financially benefit men (the boss went out instead of me and the guy never made it past the front desk, but made a scene as he left).

My colleague, Ashley Fitzpatrick, regularly covers the energy and natural resources beat for The Telegram, and has done so since long before the sanctioning of Muskrat Falls. She’s an accomplished reporter, dedicated to the beat and loves it, but regularly deals with sexism, both casual and blatant. She says she’s had comments on her appearance, comments that she should consult with male colleagues on topics on which she’s already an expert, and has been told she should prepared to have to work twice as hard to get the same amount of attention on a story.

Related: Shout FHRITP at me and, yes, I will tell your mom

She was once asked to speak on a panel with a phone call that started with, “I know this isn’t your thing,” and was told a male colleague had been asked first but wasn’t available (the topic absolutely was her thing, by the way). And then there’s this:

“In late July, I went out with a pair of experienced prospectors. I put together a story on the basics of the activity,” Ashley told me. “I received a comment saying the paper should have sent out a male colleague, rather than have me walking around in my heels. I was wearing hiking boots. It’s rare for me to ever wear heels, since industrial sites are big on grating and I’m not big on heels to start, but that wasn’t really the point.”

The silver lining this week for me lies in the messages I’ve gotten from women who say they’ve been inspired by the original article and the backlash I’ve received to buy passes for FemFest NL.

The haters have done the opposite of what they intended: They’ve come out of their cocoons of hate to show they still exist, and have proven the dire need for a feminist conference/festival here, in a huge way. Hopefully, one day they’ll learn.

Until then, I’ll be over here blocking the trolls and writing the stories that need to be written.

This article first appeared in the The Telegram (based in St. John’s, NL), where Tara Bradbury is an arts and investigative reporter.

More:
My kids were abducted a year ago — I’m still fighting for their return
Syrian refugee women are building a hot new catering company
Alicia Keys brings the no-makeup movement to TV