What Is Quebec’s Secularism Law—And How Does It Affect Women?

A ban on religious symbolism in the public sector is prompting cries of xenophobia and sexism in Quebec. 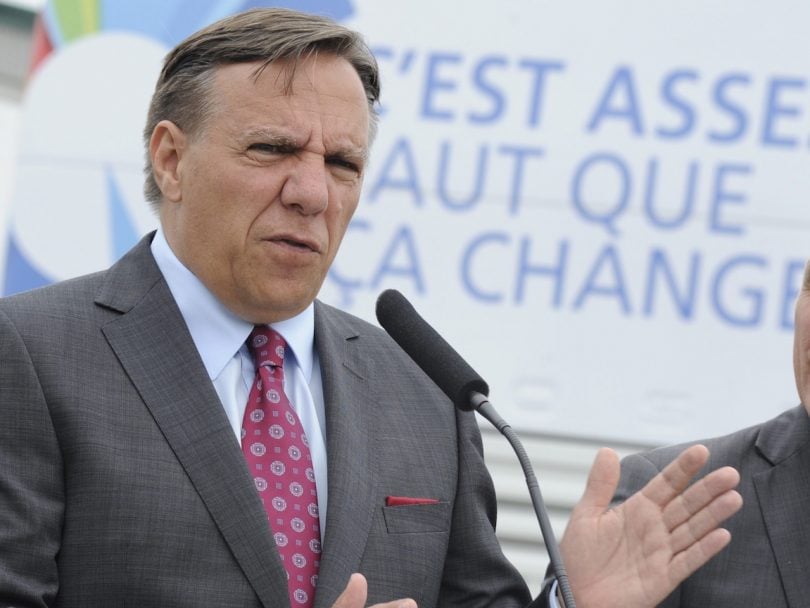 Back in June, Coalition Avenir Québec (CAQ) government passed the polarizing Bill 21, intended to eradicate religious symbols in most of the public sector. After a long debate, the bill went through with support from the Parti Québécois, thus formally banning teachers, police officers, judges and many other professionals from wearing items like hijabs, turbans, kippas, and crucifixes in the course of their duties.

The bill was met with controversy and confusion even before it came into effect in September, and has already amassed four legal challenges. Critics condemn it as legalizing discrimination against religious minorities, while proponents see it as Quebec finally making good on its claims of being a secular society.

Why is this happening now?

Prohibiting religious symbols in the public sector was a CAQ promise during the 2018 provincial election campaign, and the governing party always intended to table the bill as soon as possible. Premier François Legault sees Bill 21 as a fulfilment of voters’ wishes, claiming that the “vast majority” of Quebecers agree with his decision (an Ipsos poll found that nearly two-thirds of the province’s inhabitants do support the bill.)

“#Quebec is a nation. No one contests this reality and our fundamental right to decide our own future,” said #Immigration, #Diversity and Inclusiveness Minister Simon Jolin-Barrette. #CDNpoli #qcpoli #BCpoli #ReligiousFreedom https://t.co/wNMkl34bb3

The new bill arrived at a tense time for Muslims in Quebec, as Islamophobic violence increases, but recognition of Islamophobia is low—including from Legault. In January, days after the two-year anniversary of the deadly 2017 shooting in a Quebec City mosque, Legault waved away the idea of a national day to combat Islamophobia, claiming that it isn’t a problem in Quebec. (In March 2019, another far-right extremist murdered 49 people in two mosques in New Zealand, seemingly influenced by the Quebec City shooter.)

Community organizations, civil rights groups and opposition politicians have pointed out that while the bill theoretically treats all religious symbols as equal, by far the largest pool of people affected are non-Christian women who wear scarves or veils, giving it a distinctly xenophobic and sexist edge. And while the CAQ won in Quebec, they’re not popular in Montreal—where the majority of Quebec’s religious minority population lives.

I know what it’s like to be excluded & made to feel like you don’t belong just for being who you are – and it hurts. What Bill 21 is saying to so many young people is that being yourself should disqualify you from doing a job. It divides & isolates people – and this is wrong. https://t.co/EXcnLDzKVz

The CHRC is deeply concerned by #Quebec’s announcement this week that it will seek to ban religious symbols for all provincial public servants in roles such as, police officers, judges, teachers and senior officials.

The bill can be considered to be part of a broader cultural assimilation project which aims to get citizens in line with what many perceive to be Quebec’s “values,” a movement currently led by the CAQ but broadly supported by the PQ and the Bloc Québécois. Quebec’s Ministry of Immigration, Diversity, and Inclusion recently underwent a name change to the Ministry of Immigration, Francisation, and Integration, and the CAQ have also announced that, starting on January 1, 2020, new immigrants to Quebec will be required to undergo a “values” test to stay in Quebec.  (The bill does not apply to minors or those who are immigrating through family reunification.)

In his announcement Legault specifically cited Bill 21, saying that “it’s important before deciding and coming to Quebec if you expect to be in a job in a position of authority, you will not have a right to wear a religious sign.”

Premier François Legault says immigrants must accept Quebec’s values if they want to live here, including the equality of men and women and the secular nature of the state.

The government plans to have a values test in place by January https://t.co/JRkN6q1ofk#polqc pic.twitter.com/jNzXAEIr3b

How will the law be enforced?

It’s as unclear now as it was in June. Under the bill, any wearable religious symbol is banned, but physical attributes—like tattoos—are fine. All new hires in Quebec’s public sector are affected by the law, while current workers wearing religious symbols are allowed to keep wearing them—but they’ll lose those protections if they get promoted or change jobs.  At least one newly hired teacher was warned in advance of the bill coming into effect that she must remove her hijab in order to keep her employment.

Though some institutions initially claimed that they wouldn’t comply with the bill, it seems they have had difficulty following through on those promises. The Commission scolaire de Montréal, Quebec’s largest school board, voted to go against Bill 21 back in June, but have since included the bill’s limitations in their job postings, stating that applicants will need to comply with the law. There have been reports from English and French school boards of teachers withdrawing job applications or moving provinces because of the new laws.

Rules for citizens trying to access those public services are different—people (which in practice is mostly women) are prohibited from covering their faces while speaking with public employees while accessing public services like legal system and healthcare, ostensibly for security and verification reasons. This could also include public transit (for those with subsidized photo ID cards. The CAQ has promised that there will be consequences for those that don’t comply with the law—it is still not evident what those may be.

Religious symbols are a bugbear in Quebec politics because of the province’s professed secularist values, which stem from the separation of church and state in the ’70s. Limiting religious symbols in Quebec’s public authorities and services is consequently important to many political parties, and similar legislation has been proposed four times since 2010.

In 2017, the Quebec Liberal Party proposed similar legislation, Bill 62, which briefly went into effect before being halted by an injunction from a Superior Court judge who claimed that “irreparable harm [would] be caused to Muslim women” if it continued.

So what’s different this time?

Bill 21 invoked the notwithstanding clause from the Charter of Rights and Freedom, allowing the provincial government to override the Charter for a period of five years. That means it can’t be challenged on the grounds of the parts of the Canadian Charter that relate to fundamental freedoms or legal and equality rights, like Bill 62 was. These protections last for a period of five years or less, at which point it can be challenged—or it could be re-enacted again.

Legault also made a concession to longstanding accusations of hypocrisy regarding Quebec’s tolerance of Christian symbolism above others by removing the crucifix from the National Assembly, a fixture since 1936. He believes the removal signifies a “compromise” to Quebecers.

Did the federal election change anything?

Not really. There was some talk about Bill 21 during the recent election, but the candidates were very hesitant to say anything that might affect their vote share in the province and largely used it as a way to attack their competitors. NDP leader Jagmeet Singh was put under particular pressure from his opponents to state whether or not he would intervene in Quebec’s decision to limit religious clothing due to his personal public opposition to the bill since its inception. Since intervention from a federal government would likely involve interfering with a province’s ability to set its own laws, none of the candidates, including Singh, were particularly willing to make any promises outside of a personal condemnation of the bill. The Green Party’s Elizabeth May called it “very distressing,” while Singh accused the bill of being “legislated discrimination.”

“So why not act on your convictions and leave the door open for challenging it.”
— @JustinTrudeau to Jagmeet Singh on Quebec’s Bill 21#leadersdebate #cdnpoli #elxn43 pic.twitter.com/8SqciW0PNJ

The only one to get close to promising action was reelected prime minister Justin Trudeau, who said in a televised debate that “a federal government might have to intervene on this.” However, he has also called it “counterproductive” to do so while there are ongoing legal challenges being levied by other groups.

So what happens next?

Unsurprisingly, there has been a significant amount of pushback and many different groups have mobilized against the law. The Canadian Civil Liberties Association and National Council of Canadian Muslims moved to have the law suspended within hours of the bill being passed. That was rejected in Quebec’s Superior Court, but the groups have been successful in filing to appeal, and it should be heard in the Quebec Court of Appeal at the end of November.

Similar challenges have been made by the Coalition Inclusion Quebec, a citizen group formed in direct opposition to the CAQ, and the English Montreal School Board, which filed its own legal objection in late October. Legault has dismissed the school board’s endeavour as a “big show” and claims that the board is “losing credibility” by going forward with the legal motion.

We have filed our case to contest the validity of #Bill21. Read more here: https://t.co/LgtyzgCRds #qcpoli

Each of these challenges could take months to come to fruition, with Bill 21 remaining firm as law in the meantime.

Outside of the legal system, citizens across Canada have been making their dissatisfaction with the bill heard on the streets and in public forums. Montrealers recently gathered to protest the law as part of a mass anti-racism rally, and a nationwide campaign to lobby local politicians to denounce the law is underway, currently supported by city councils in Calgary and Toronto.