‘You Can’t Help But Feel It Personally’: 4 Women On Losing Their Jobs In The Oshawa GM Plant Closure

From calling Doug Ford’s cell to returning Christmas presents, how the plant’s employees — many with partners who also work for GM — are facing down an uncertain future. 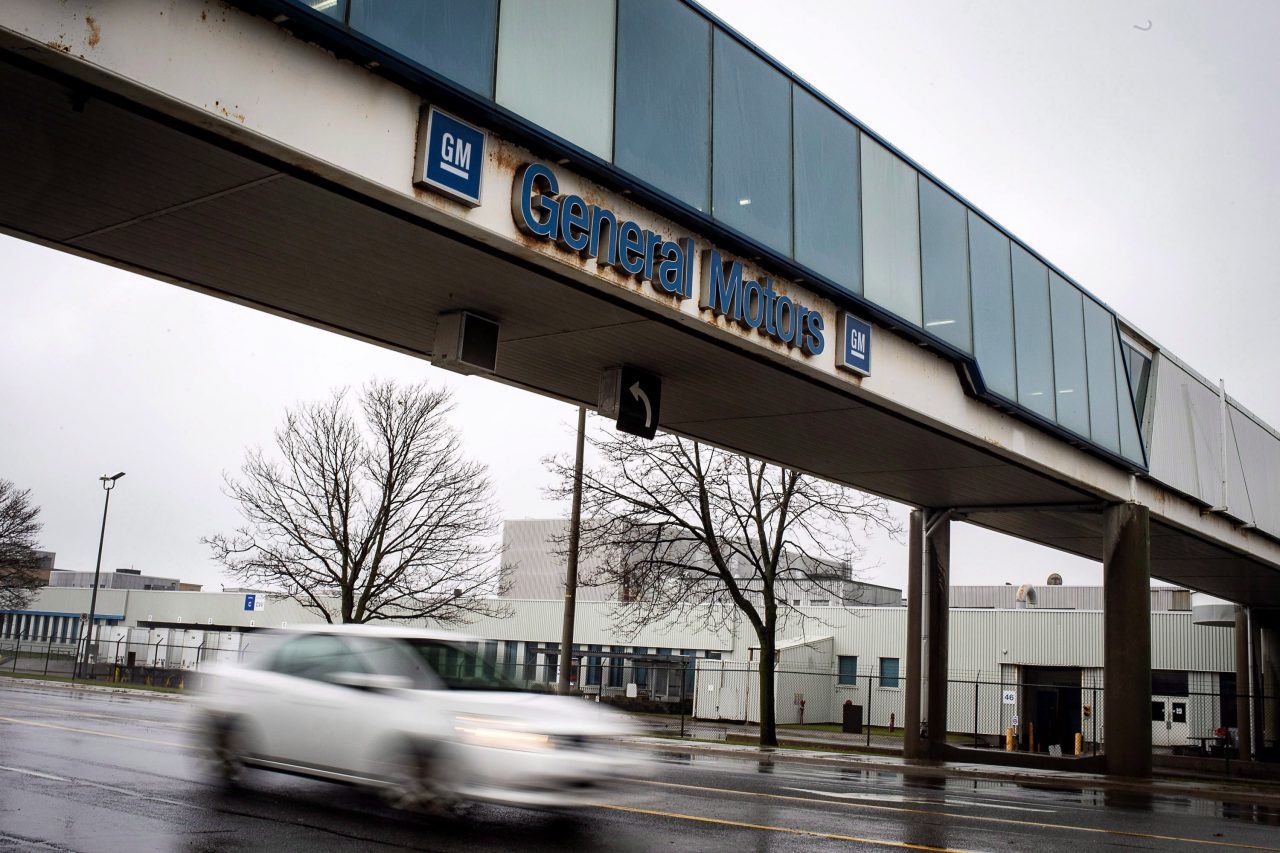 No one was more shocked by the news that the GM assembly plant in Oshawa, Ont. would shut down next year than the more than 2,500 employees who work there every day, and who, in some cases, have done so for decades. The automotive company has been an integral part of Oshawa’s social and economic fabric for more than a century, and is, according to figures from last year, the top private employer in Oshawa. Many of those current employees are legacy workers, following in the footsteps of parents and grandparents, aunts and uncles.

One fifth of the workers being laid off are women, a fact that makes them less likely to find higher paying jobs to replace lost income.  “Although all workers at GM are less likely to move to a job at the same level of wages, benefits and pensions, there is even less of a chance that women will,” says Lisa Kelly, director of the women’s department at Unifor, the union representing the workers at the plant. (Kelly cites Ontario’s 2015 Gender Wage Gap study that found women to be overrepresented in lower-paying jobs and industries and underrepresented in male-dominated fields that come with bigger paycheques.)

Here, four GM employees on how it feels to learn you’re losing your job from a cellphone news alert, what the closure means to them, and how they’re facing an uncertain future. (Some decided it’s high time to call Doug Ford directly.) 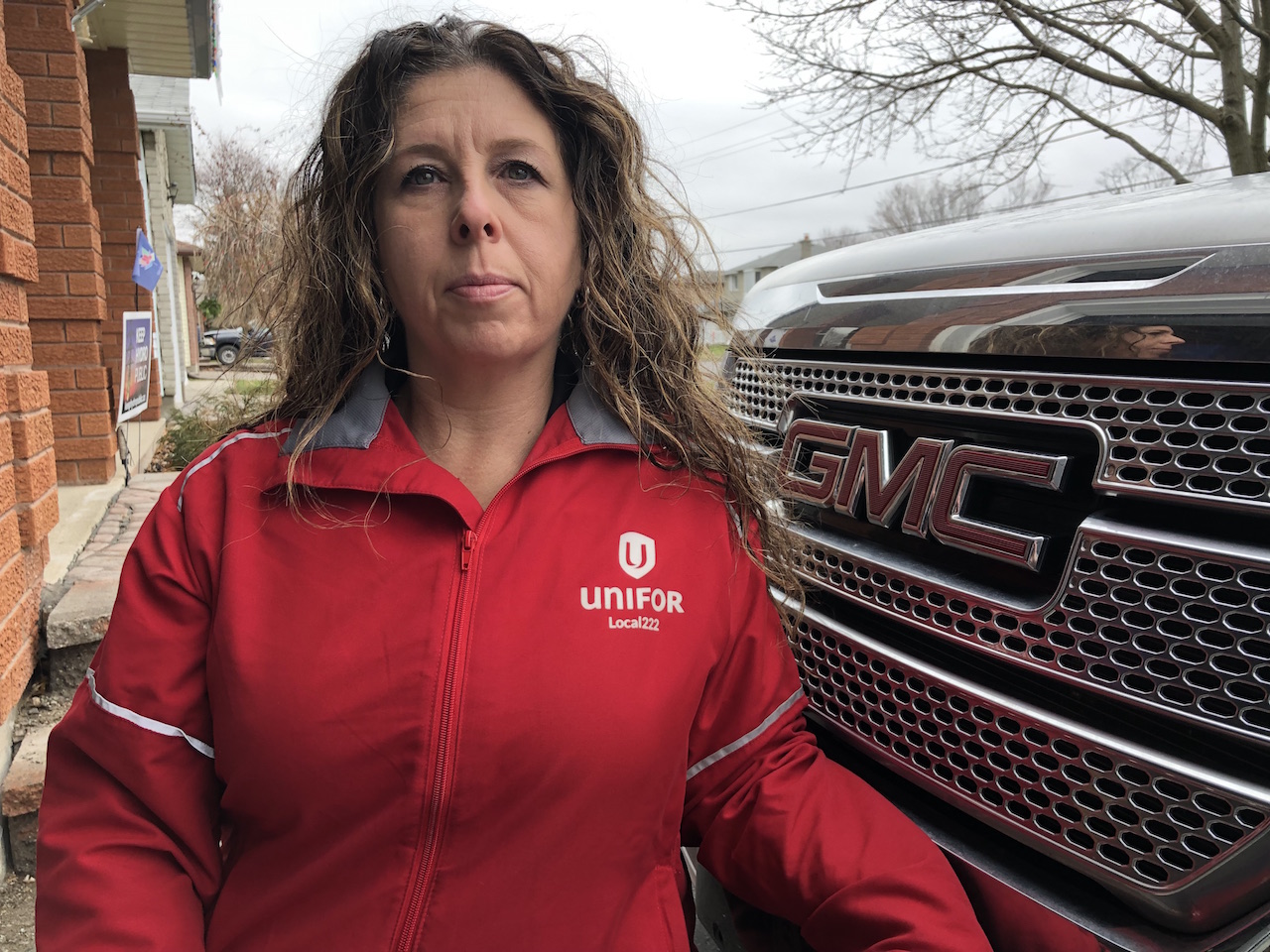 Age: 43
Position: Assembly line worker
Worked for GM for: 16 years. Her partner has worked there for 30 years. When the plant closes, they will both be out of work.
How she heard the news: “I was in Toronto at the One of a Kind Show on Sunday night and my phone started blowing up just after 6 o’clock. I was blindsided.”
Her reaction: “I’m worried about my co-workers who have families and mortgages. It’s terrible. Everyone is so worried and depressed and scared and angry because we’ve busted our asses to do a good job and to have an award-winning plant and we’re proud of that – to build good vehicles for ourselves and our families and communities. We’ve taken cut after cut and still do a good job and to have that slap in the face? I don’t understand. How can you praise a plant for its quality and productivity and not keep it there?”
She called Premier Doug Ford: “I called Doug Ford on Monday after seeing his number on Twitter. The person who tweeted it out said something like, I can’t believe Doug just gave his phone number out and I thought, excellent. For the people, let’s hear what you got to say. I kept calling him and calling him on Monday and then he answered the phone around 7 o’clock. He said, Doug Ford, and I said, Jen from GM Oshawa Assembly! I told him we as workers are not interested in collecting EI, we are interested in our jobs here, and I personally am not interested in [being retrained to collect] an unfair minimum wage that you support, Doug.”
This isn’t just about GM auto workers losing their jobs: “We have Robinson cleaning staff, we have security, people who work in our cafeteria, Woodbridge Foam, LEER, CN Rail, the truck drivers – the list goes on and on.”
What she’ll do next: “I honestly have no idea.” 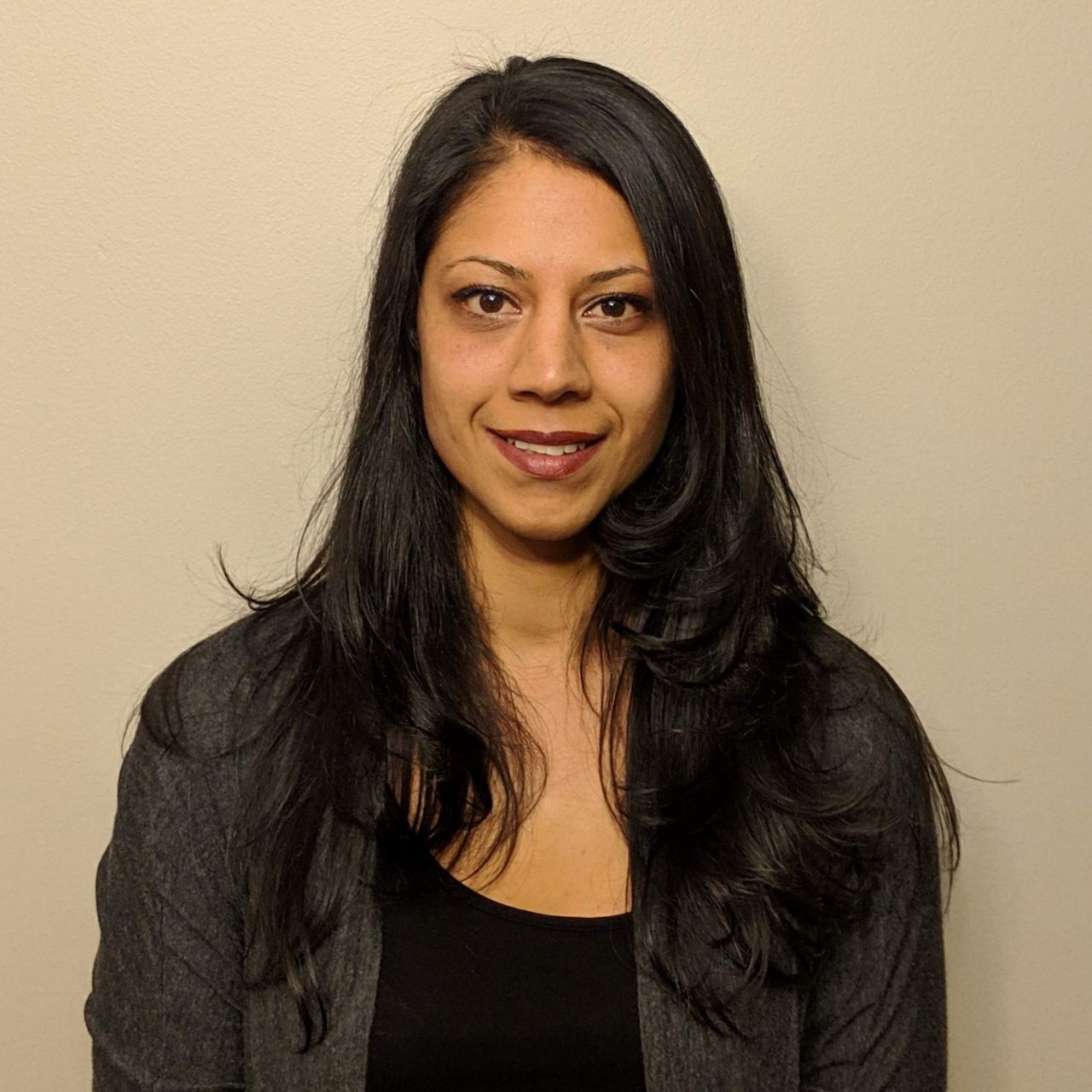 Age: 36
Position: Assembly line worker
Worked for GM for: Seven years full-time, and four years part-time before that. Her husband also works at GM. They just got married in September of this year.
How she felt when she heard the news: “Honestly, at first, I was thinking can this really be true? Is this a rumour? I was very surprised. I was in shock. It’s not just about my situation. I have lots of friends who work there with families, some with small children. I worry for them too.”
She’s irritated by Premier Ford’s response to the news: “It sounds like he’s thrown in the towel and not prepared to fight to keep these jobs here and that’s very concerning. This is not just going to affect GM, it’s going to affect the feeder plants that supply the plant and the larger community too. People aren’t going to be able to do the things they used to in the community.”
She called him after seeing his number online, too: “He answered the telephone and I said, I want to know what you’re doing about our jobs?”
She’s still hoping the plant won’t close: “I’m hoping our union will fight really hard to keep all of our jobs. We have been in tight situations before with contracts in the past and they’ve always come through… I don’t want to think it’s time to give up. Anything can be changed. These decisions can be changed. We do build world-class vehicles at Oshawa… it’s not that we have a workforce that isn’t great one that doesn’t build quality vehicles, so I don’t see why you don’t want to invest in a place that’s given you so much. They can change their mind.” 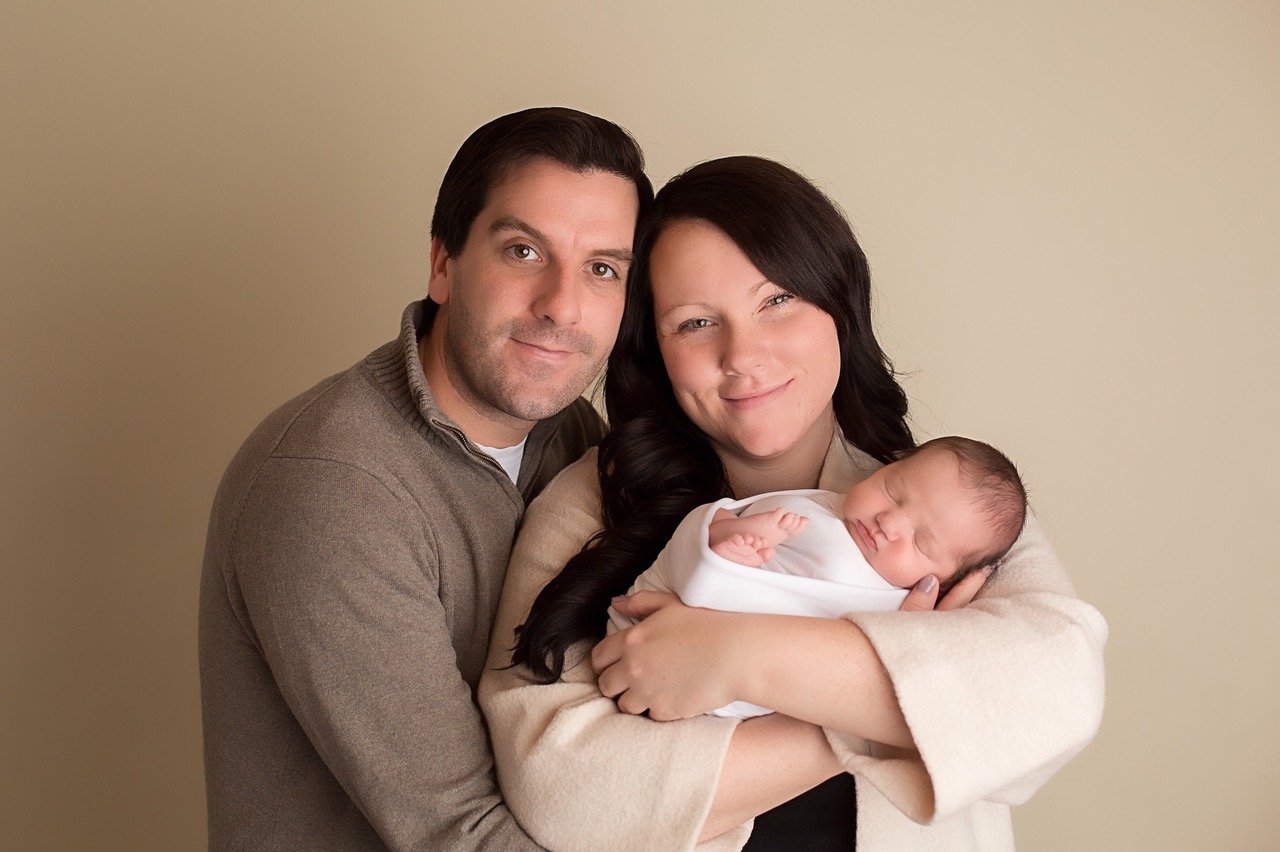 Age: 29
Position: Assembly line worker (currently on maternity leave and set to return this month)
Been working for GM: for 12 years. Her partner is also a GM employee of longstanding. They have an 11-month-old daughter, Addalyn.
Her reaction: “I’m finishing my maternity leave right now and am going back a week before Christmas. I was looking forward to going back, but now I’m going to go back to a really depressing thing. It’s a shock and the way they did it, a month before Christmas. You can’t help but feel it personally. They should be ashamed of themselves. Last Friday, I went shopping for Christmas and spent a bunch of money. I know it’s not the end of the world, but I’m going to have to take it all back. I know it could always be worse, but this is what I’m feeling. This is what I’m going through.”
It’s the end of an era: “My boyfriend and I are both third-generation workers. My grandfather worked for GM, my mother worked for the cleaning company there, Robinson. My aunts, uncles, cousins, and all my siblings have all worked there at one point. It paid for my younger sister to get through nursing school and my youngest sister now is [using the money she makes from working there each summer] for school. My partner’s dad worked there and so did his grandfather and all his siblings.”
What she’ll do next: “I have no choice but to think about our future, but I’m still hopeful our union and the government can do something to prevent [the closure] from happening. But, of course, we have started to think about a plan B. … Going back to school is an option, but it’ll be hard because to have a mortgage and a baby that we have to pay for and with us both having to work… more getting another job is our best option.” 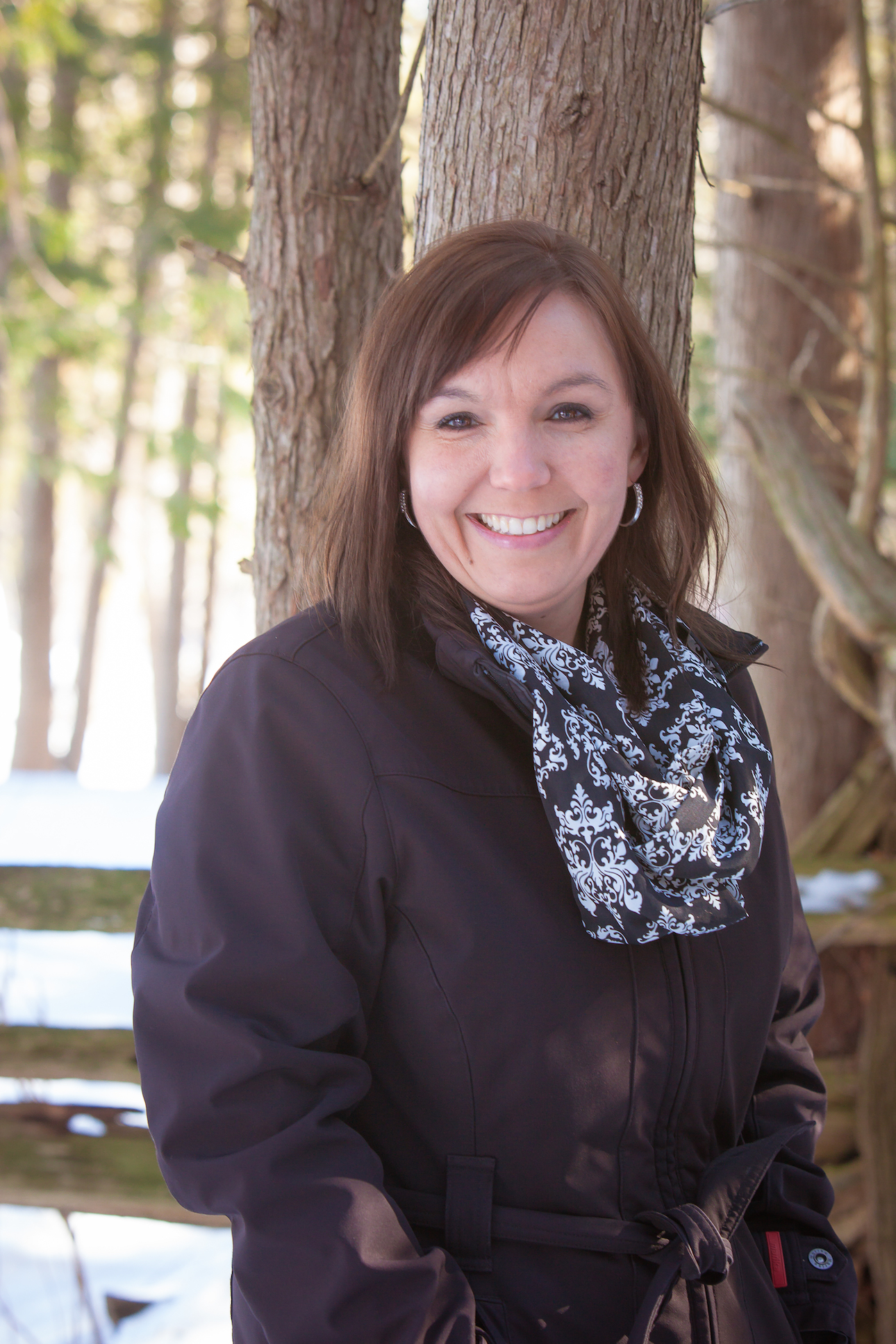 Age: 40
Position: Assembly line worker
Worked for GM for: 14 years. Her husband also works at GM. They have two kids, 13 and 15.
Her reaction: “I get angry and then I’m sad and then I’m worried. I have kids. I can’t uproot them to go get a new job. They’re 13 and 15, a move would destroy them. I don’t even know what to do. We haven’t said much to my 13-year-old, but my 15-year-old worries. He’s asked what he can do to help and even joked, I’ll try not to eat so much… We’re trying to keep things normal for them, but it makes me sick to think about.”
What the job’s meant to her…. “A young man I work with, he’s only been there a few years, he’s a nuclear engineer but there are no jobs [in his field] so he’s working at GM… People bash us and say we’re uneducated and that’s not it. We’ve lived GM our whole lives, it’s provided for our families for as long as I’ve ever known. I was a single mother when I started at GM. I went to college for Early Childhood Education but when the opportunity presented itself to make what was then $20 with benefits I jumped all over it.”
…and to her family… “My grandfather on my dad’s side worked at GM. Both of my parents retired from GM. All of my dad’s brothers worked there… my husband’s father and all of his uncles on both side of his family worked there. We figured it out last night: without counting cousins, we have over 500 years of service to GM.”
Don’t minimize the impact of the closure: “It hurts to hear people say, who cares it’s only 2,500 people? And it’s not that we’re not making these cars anymore, it’s that we’re making these cars in Mexico and China and then sending them back, so we can buy them for $55,000.”
What she’ll do next: “I don’t know. I have a friend who just got on with the school board as a secretary and she says they’re looking for people. I know I’m going to take a pay cut, but do I get retrained to take a minimum wage job? It makes me angry. I shouldn’t have to because our jobs should still be available. So many people are out of the job. Is someone going to hire me in my 40s?”

These interviews have been edited for clarity and length.