This week's science photo op debacle is far from the first example. 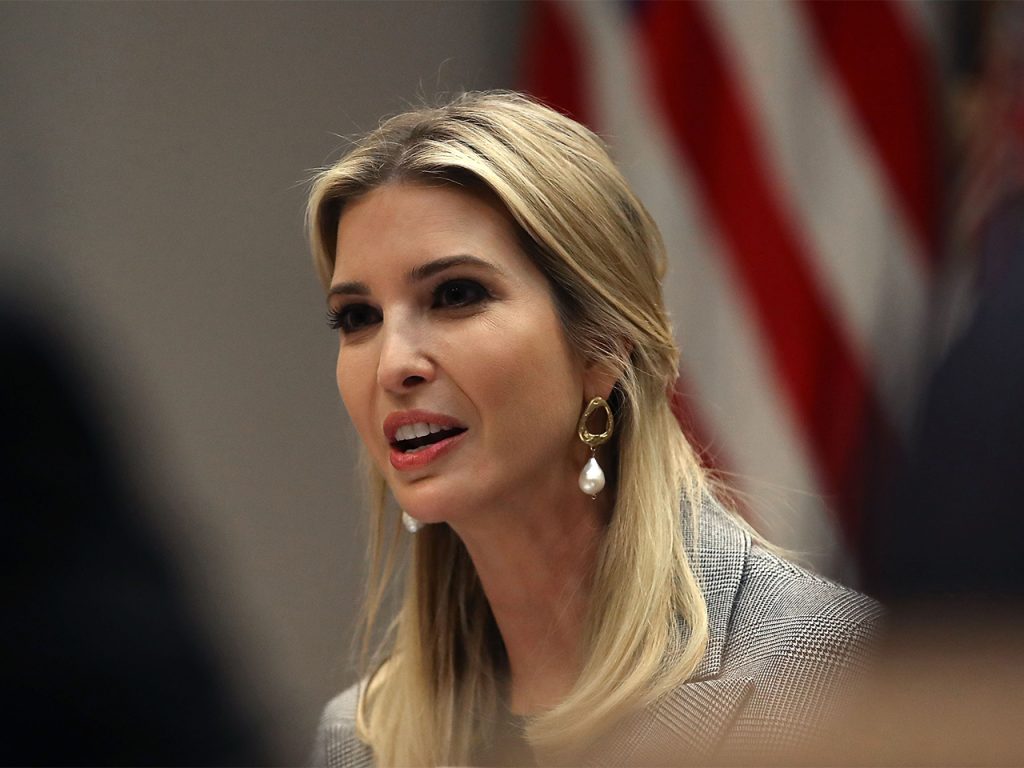 Lips pursed in concentration, eyes focused behind safety goggles on the beaker before her, not a hair out of place atop her white-coated shoulders. With this #Scienceselfie published on her social media channels, Ivanka Trump was trying to spread the word about government investments in infrastructure projects supporting women in the fields of science, technology, engineering and math.

What she really did with that ridiculously staged photo was feed the flames of her critics’ most salient argument against her — that she positions herself one way (in this case as a “supporter of women in science”) while remaining silent as her dad strips away policies or fails to craft those that would make a real difference. (Despite this infrastructure plan, Trump’s 2018 budget is poised to slash funding to science agencies.)

Hey @IvankaTrump it’s great that you like to cosplay as a scientist on Instagram but some of us are an #ActualLivingScientist. Tell us about what you’re doing in this picture. I’m making a battery. #ILookLikeAnEngineer pic.twitter.com/fW5CFxLYAF

As one of President Donald Trump’s senior advisers, she has White House security clearance, the trust of her father, and the momentous task of managing “the woman file” at a time when women are flooding the streets annually to protest a lot of the policies her dad has enacted, and all he represents.

The science photo op is far from the first example of the First Daughter trying to have her cake and eat it too. Here are a few more:

She claims to support #TimesUp, but defends her father against numerous allegations of sexual misconduct.

Ivanka was just as fired up as the rest of us after Oprah Winfrey’s stirring speech at The Golden Globes — so much so that she took to Twitter, pledging her (verbal) support of Time’s Up, the movement to put an end to sexual harassment and assault in the workplace beyond just Hollywood. No word yet on whether she actually donated to the campaign, which provides legal assistance to women coming forward with reports of sexual misconduct, but she has since said publicly that she feels questions posed to her about her father’s sexual misconduct are “inappropriate.”

She doesn’t always pick the right moment to share her glamorous lifestyle.

On a tumultuous weekend of outrage and confusion over Trump’s move to bar refugees and immigrants from Muslim-majority nations from entering the U.S., Ivanka posted a photo to social media of herself in a luxe silver evening gown — purportedly basking in the new status of First Daughter. It was only after she saw the backlash that she reported feeling “awful” about the decision to post. That said, she never took it down.

She promotes herself as a hardworking mom, but doesn’t fully acknowledge the help required to make that happen.

Sure, her May 2017 book, Women Who Work, mentioned the value of having a “team” to whom tasks can be delegated. But that’s as far as she’s been willing to go, which comes across as pretty rich given the deep criticism of her father’s plan to give parents just six weeks of parental leave (it keeps the United States well behind 96 percent of other nations’ childcare policies), and her own history of coolness to the idea of women spending more time off with their newborns: According to a former executive at her fashion company, Ivanka bristled when she asked about paid maternity leave options, saying the company didn’t give leave and that she came back to work a week after having her child (apparently the company now has a mat leave policy).

She tends to misuse her position as First Daughter to sell stuff.

That $10,000 gold bracelet she wore during an interview on 60 Minutes? Her jewellery company promoted its sighting as a “fashion alert.” Ivanka Trump Fine Jewelry scrambled to recover from the PR misstep, blaming the press release on a “well intentioned marketing employee…who was following customary protocol, and, who, like many of us, is still making adjustments post-election.” Whatever happened to that employee anyway — fired?