What You Need To Know About Gun Control In Canada

Gun violence in Canada has been rising. 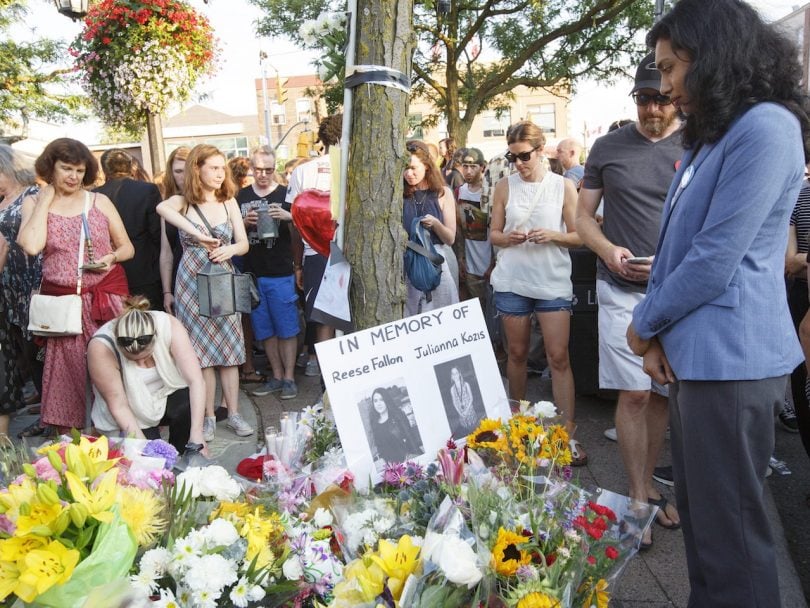 A vigil honours the lives affected by the Danforth Shooting in July 2018. (Photo, The Canadian Press/Michael Hudson)

Gun violence in Canada has been rising. Statistics Canada reports that since 2013, “firearm-related violent crime” has gone up 42 per cent. Recently, the federal government banned military-grade “assault style” firearms. Here’s what you need to know.

What do we mean by “gun violence”?

When politicians talk about the issue of “gun violence,” they’re usually referring to shootings in urban areas. But the problem is nation-wide. According to a 2017 Statistics Canada report, the rate of firearm-related homicides is 16 per cent higher in rural areas than urban ones. It’s also important to remember that the most common way Canadians die from firearms is by suicide, which accounted for three-quarters of all intentional firearms deaths from 2000 to 2016.

What are the existing laws when it comes to gun ownership?

In response to elevating gun violence, Prime Minister Justin Trudeau announced a ban on around 1,500 types of military-grade “assault-style” weapons in Canada. Starting May 1, 2020, these newly prohibited firearms and components cannot be sold, used or imported. There will be a transition of two years for owners of these weapons to protect them from criminal liability as they take steps to comply with these new rules.

In order to purchase or possess a gun, you need a license—and you can’t get one without completing the Canada Firearms Safety Course (CFSC). There’s also a separate course for restricted firearms. “The courses are split into two parts, theory and practical,” says Don Bell, CEO of the Firearms Safety Education Service of Ontario. The theory part focuses on everything from safety to social responsibility, while the practical part offers hands-on training. Once you’ve passed the course, you can apply for your license, which must be renewed every five years, by submitting an application and undergoing a background check.

Some of these laws are changing due to Bill C-71, which passed in June 2019. This legislation broadens background checks, empowering officials to look into a person’s entire history rather than the past five years, as was previously the case. Gun sellers must also verify licenses and keep records of purchases.

What about illegal guns—where are people getting them from?

It’s hard to know, says Jooyoung Lee, an expert in gun violence prevention at the University of Toronto. “There isn’t national data on this question, which is a real problem,” he said. Most of the data comes from police departments who have the resources or political will to do so, Lee added.

He says one thing we do know is that our proximity to the U.S., a global outlier in terms of gun ownership, gun smuggling is a problem. In 2017, for instance, a Michigan man admitted to reselling 67 guns on Toronto’s black market.

But it’s not the only reason. As CBC News has reported, the problem of people purchasing guns legally then reselling them illegally, what’s known as “straw purchasing,” has escalated. Prior to 2012, Toronto police estimated about 75 percent of guns used in violent crimes came from the U.S. By 2017, roughly half originated from inside Canada.

What do gun control advocates want to see changed to Canada’s laws?

Groups like the Coalition for Gun Control (CGC) and Canadian Doctors for Protection from Guns (CDPG) wanted Canada to ban handguns and some semi-automatic rifles, specifically military assault weapons. They also supported Bill-C71. In April, CGC president Wendy Cukier submitted a petition to Parliament calling for a ban, while the CDPG held a nation-wide “Day of Action” in support of greater gun control. The CDPG also called for a national buyback program, similar to an approach recently taken by New Zealand after massacres at two Christchurch mosques, which the Canadian government will now do in regards to military-grade “assault-style” weapons.

Why are others opposed to these changes?

Organizations like the Canadian Coalition for Firearm Rights (CCFR) and the National Firearms Association oppose both a ban and Bill C-71. In a blog post, Tracey Wilson of the CCFR, argued bans target “millions of good, hard working Canadians who have complied with every law, every regulation, despite how ridiculous.” According to their website, the group believes no firearm should be prohibited.

Even some police chiefs doubt the value of a handgun ban. The Globe and Mail reports that Adam Palmer, who heads the Canadian Association of Chiefs of Police, said it’s “naive” to think a ban would stop handguns from entering Canada. Most guns used in violent crimes are obtained illegally, so it doesn’t make sense to ban something that’s already prohibited, said Palmer.

What else can be done to curb gun violence in Canada?

Trudeau and others, including NDP leader Jagmeet Singh, have talked about the need to find “holistic” solutions to gun violence. That means addressing “what people refer to as the root causes of gun violence,” says Lee, like poverty and racism.

That’s a tall order. But Lee says it’s about investing in proactive solutions, like community and youth development. “There are certain young people, in particular neighbourhoods, that are at risk of getting involved in activities that are going to really increase their chances of becoming a victim or an offender. If you provide those same youth with alternative ways to spend their time,” said Lee, “then you are likely to help some of those people avoid that path.”