The Fall Weather Forecast According To Environment Canada

Canadians can expect a warmer- and wetter-than-normal fall this year. 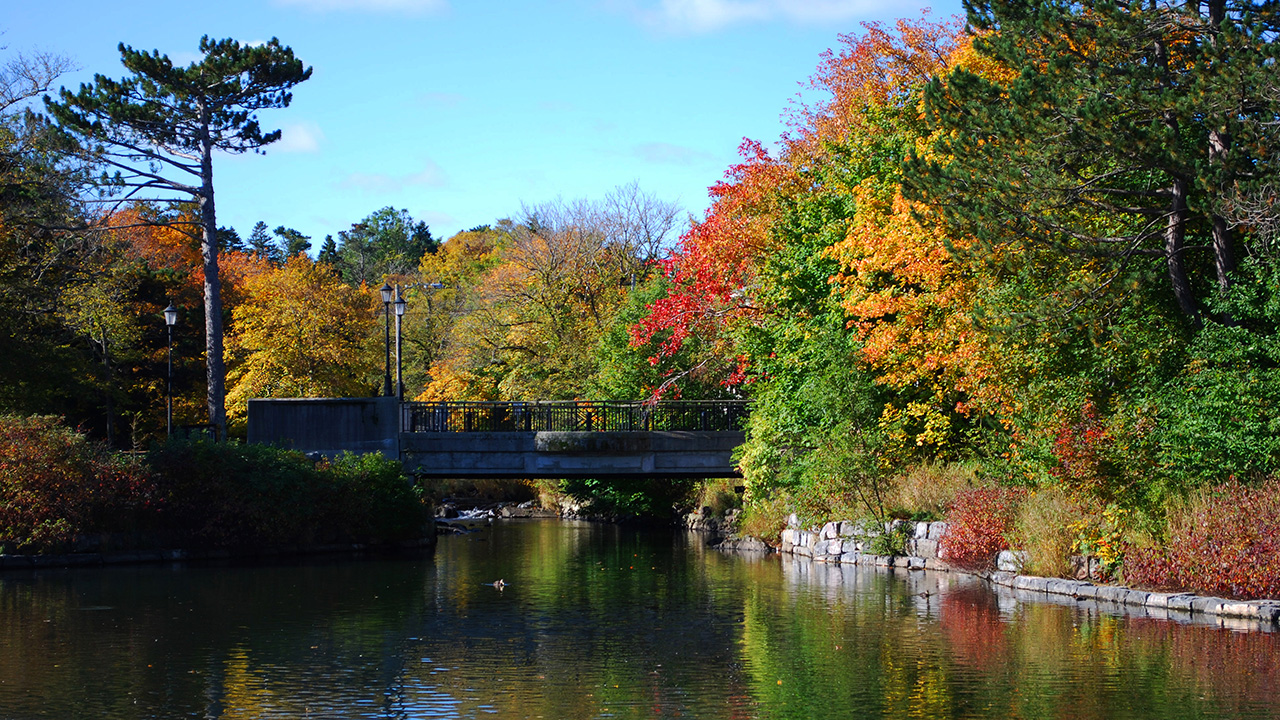 While the warm weather is still lingering throughout much of the country, the days have already gotten shorter, prompting us to ask: what’s in store for Canada this fall?

While it’s difficult for meteorologists to say exactly what the forecast will be all season long, David Phillips, Environment and Climate Change Canada’s senior climatologist, gave us a nationwide temperature and precipitation forecast for the months of September, October and November. One thing to keep in mind: while this is a seasonal forecast, it’s still important to check local day-to-day conditions on an app like Environment Canada’s WeatherCAN app before venturing outside.

According to Phillips, the best way to determine an upcoming season’s weather trends is by looking to the past season. This summer was particularly warm, especially out on the west coast. In fact, Phillips notes that though Environment Canada doesn’t yet have their final numbers, he thinks this past summer is probably in Canada’s top five hottest summers of the past 75 years. And, thanks to the hot summer, Environment Canada is also forecasting a warmer-than-normal fall nationwide.

“There’s going to be some lingering effects of that warmth,” says Phillips. “The lakes and rivers are warmer, the ice is less set up, so we’ll see warmer conditions—particularly at the beginning of fall into October.” In terms of precipitation, Phillips says that it’s looking like this fall will be wetter than normal.

Here’s what Environment Canada is forecasting this fall, region to region.

In British Columbia and Alberta, Environment Canada is forecasting warmer and wetter-than-normal weather. “There’s some warm water off the Pacific coast, which will keep temperatures warmer,” Phillips says. On top of warmer temperatures, Phillips says that the region is also forecast to be wetter than normal, thanks to some storms brewing out in the Pacific. The summer’s shortage of precipitation led to a devastatingly busy forest fire season, droughts and record-breaking heat in B.C., so the wetter weather may be welcome in this part of the country.

Like B.C. and Alberta, the Prairies will likely experience a warmer-than-normal fall, though Environment Canada’s models are showing the possibility that the temperatures in this region might be normal as well. Of course, “warm” for the Prairies in the fall is still quite chilly—Phillips says he’d be “surprised if they didn’t have their first killing frost by the middle of September, but being warmer-than-normal might make that a little later.”

The area experienced a drought this summer, which means that this year’s harvest, which is now ramping up, is happening a bit earlier and might be less plentiful than expected. “It was dry, dry, dry and there was intense heat, so it might be a meagre harvest,” says Phillips. Luckily, the fall is looking like a “reversal,” he says, meaning that the fall will be wetter-than-normal. This is great news for farmers on the Prairies—more precipitation means more moisture being locked into the soil before freezing over, setting farmers up for a great next year.

“I’m going to sound like a broken record, but we’re calling for this area to be warmer than normal,” says Phillips. The Great Lakes, rivers and other lakes in the region are holding onto that summer heat, so the warm weather will last in Ontario and Quebec into the fall. This region of the country is usually treated to splendid fall colours as the trees’ green leaves shift to bright reds and yellows. This fall, Phillips thinks that the fall colour season looks promising—the trees are in good health thanks to a wet summer (which leads to more vibrant colours) and there will be good tree-peeping weather.

This region is also forecast to be wetter-than-normal, with some storms. (These will most likely be just the remnants of hurricanes from the Atlantic that will manifest in some heavy rains.)

Atlantic Canada will also be warmer and wetter-than-normal this fall, according to Environment Canada’s modelling. Again, this is thanks to a busy hurricane season in the Caribbean and Gulf of Mexico and the tropical storms from that region making their way north to Canada’s Atlantic coast. “Though there were periods of times, in New Brunswick particularly, where it was dry so getting rains now is more of a replenishing—not necessarily a bad—situation,” says Phillips. The more problematic part of the hurricanes coming up to Atlantic Canada is the intense winds that often accompany the rains, which can wreak havoc on infrastructure.

In the far North, this past summer wasn’t as warm—the ice disappeared earlier, but not at record levels, so it may re-form sooner. Because of this, winter might come a little sooner up north, Phillips says, though the temperatures are still forecast to be warmer than normal.