Does my brown skin make me less Canadian?

A new poll shows that 68 percent of Canadians think minorities should do more to fit in. What does that even mean? 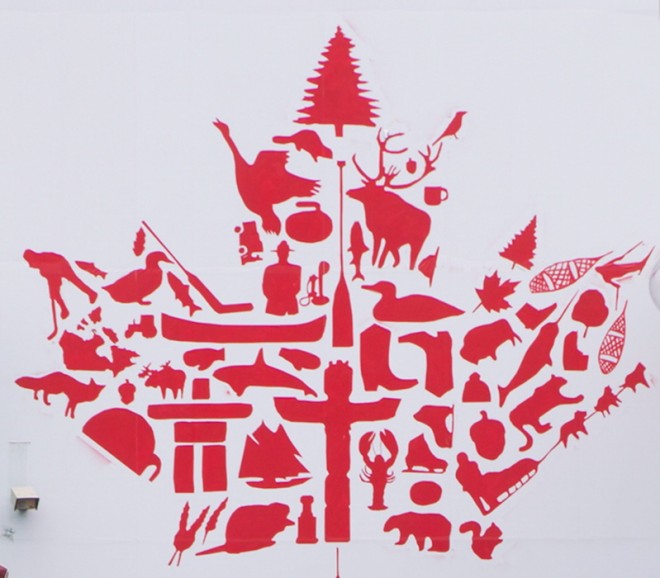 A CBC-Angus Reid poll published Monday probed how Canadians feel about everything from NAFTA to doctor-assisted dying, but one stat in particular made headlines: 68 percent of 3,904 Canadians surveyed agreed with the statement that “minorities should do more to fit in better with mainstream Canadian society.” The other 32 percent agreed that “we should encourage cultural diversity with different groups keeping their own customs and languages.” The CBC’s headline screamed: “Canadians want minorities to do more to ‘fit in’.”

Amid the great niqab debate of 2015, the barbaric practices snitch line and a shiny new proposal to test potential immigrants for “anti-Canadian values,” this headline does nothing but stoke the shallow debate about who and what gets to be “Canadian.”

When the words “minority” and “Canadian” are put in mutually exclusive and opposing categories, as in this poll, it tugs at my emotions. It’s hurtful to know that some might see my brown skin and read my “foreign” name and think, “She’s not really Canadian.”

It’s tempting to think that the 68 percent of Canadians who want minorities to fit in must be racist. But this figure lies in almost direct opposition to another one from the same survey: Two-thirds of respondents said they were satisfied with how immigrants are integrating in their communities. This suggests that many Canadians are afraid of the idea of unknown groups, but cool with their local mullah.

To complicate the numbers further, Canadian Muslims were polled earlier this year, and 94 percent of those surveyed agreed that Muslims should adopt Canadian customs. Cool, so most people in Canada believe Canadians should participate in Canadian culture. But what does that even mean?

Well, nothing. There is no generally agreed upon “Canadian culture.” Our prime minister believes Canada has no core identity, calling the country the first “post-national state” defined by shared values like openness and respect. Conservative leadership candidate Kellie Leitch tends to see Canadian values in the negative — don’t stone gays and lesbians, don’t treat women like property, etc. — and she’d probably agree that Canadian values are openness and respect. (But I have a feeling Trudeau and Leitch might mean different things.) In an editorial welcoming Syrian refugees last year, the Toronto Star went a more traditional route, neatly equating Canadian culture to Tim Hortons, hockey and using the word “hoser” for loser.

Related: All I want as a Muslim is the freedom to be normal

As I write this, I’m not crushing a can of Molson, watching an NHL pre-season game or tapping the nearest maple for some sweet syrup, and yet, I feel Canadian enough. If an anthropologist (rather than a politician or clicks-driven news organization) was tasked with defining “Canadian,” here are the more complicated questions he or she would have to ask:

The answers to these questions aren’t straight-forward and they can’t be boiled down in ad campaigns or political sound bites. Dissecting who belongs is mostly a poorly masked attempt to define who doesn’t belong. The increasing regularity with which this topic is being discussed by the media is jarring for those used to the lazy, classic liberal interpretation of a diverse country featuring a multi-coloured chain of happy, hand-holding humans, each representing a tile on a mosaic that’s sure to be present in elementary school foyers across this fine country.

The reporting on missing and murdered Aboriginal women, police discrimination against black and brown men in Canada’s largest city and increasing numbers of hate crimes against Muslims makes it depressingly clear that, in this mosaic, some tiles matter more than others.

No definition of “Canadian” can contain the country’s complexity, or the fact that culture is a living thing, driven by people — not policy. Newcomers and the culture they bring with them have and will continue to become a part of this country. Old and new Canadians, minorities or not, should be excited about what Canada can become and how they can be a part of it, rather than bracing themselves for assimilation.

More:
Does your doctor see you as a person, or a problem?
15 stylish dresses to wear to a fall wedding
What the recent ‘discovery’ of a new zodiac sign really means