Can the Conservatives appeal to women? Well, they're trying 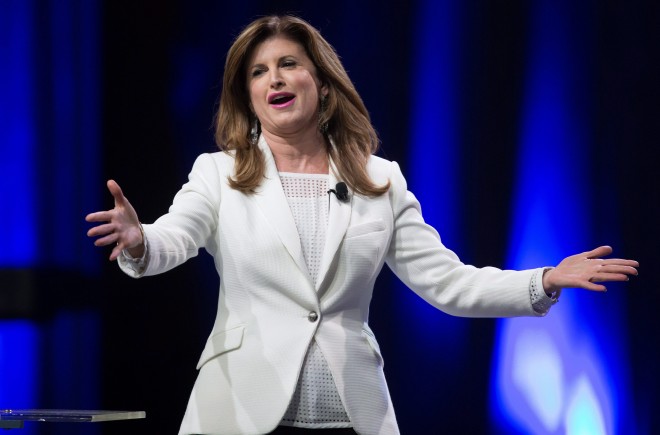 Since the federal election in October, when the Conservatives lost 67 seats and ended a decade in power, they’ve had a chance to regroup. In a rally-the-troops speech at the party’s convention in Vancouver last week, interim leader Rona Ambrose acknowledged the necessity of appealing to a broader range of Canadians, in particular, to young women, a demographic that has been resistant to the Conservatives’ charm.

“Trust me, I know this isn’t an easy sell,” she told her colleagues. “Any woman who’s been a lifelong Conservative has heard the same thing: ‘How can you possibly be a Conservative? It’s the other parties who care about women, not Conservatives.’”

It’s a candid admission and no doubt a frustrating situation for Ambrose, a longtime advocate for the prevention of violence against women, who told my colleague Sarah Boesveld last year, “I have, my whole life, called myself a feminist.” Ambrose is the fourth woman to lead a conservative party in Canada and she appointed a shadow cabinet that is nearly as female-heavy as the Liberal cabinet. As she noted in her convention address, the country’s first female cabinet minister, interim prime minister and prime minister were all Conservatives. “So Justin,” she said, “who’s the feminist now!?”

Wherever you land on the political spectrum, Ambrose’s directive to her party to embrace women’s issues and women voters is momentous. She, along with other smart, strong female Conservative MPs have been outspoken on women’s rights and discrimination in the workplace and their leadership on these issues is significant. Lisa Raitt has been vocal about the scrutiny and criticism of women’s appearance and clothing. Michelle Rempel, perhaps the fiercest feminist on the Hill, has publicly called on men — including MPs — to confront their sexism.

So why aren’t young women buying what the Conservatives are selling? Ambrose suggested that they may have been dazzled by Justin Trudeau’s celebrity — “What the Liberals care about is appearances,” she said. “We don’t care what your last name is, or if you’ll fit in on the pages of Vogue magazine.”

But that’s an easy and convenient misreading of the problem. I suspect the party’s real trouble with women is that while it counts freedom and personal choice among its fundamental values, it doesn’t have the greatest track record in supporting freedom and personal choice for women who, for example, wish to dress according to their personal religious values, or want to control their own reproductive systems, or who hope to marry another woman.

Consider some not-so-distant Conservative history, like Stephen Harper’s anti-niqab campaign in the last election, which he said was rooted in a desire to protect women from oppression. That was perceived by many as xenophobic fearmongering, as was the “barbaric cultural practices tip line,” a plan that was fronted by Kellie Leitch who is currently in the running to lead the party (she has since said she regrets her involvement in the proposed tip line.) It didn’t help that at the same time the Conservatives fretted about “protecting” Muslim women, Harper had little interest in protecting Aboriginal ones, ignoring calls for an inquiry into missing and murdered indigenous women. Back in 2005 during a debate about how best to pay for childcare, Ambrose told Liberal MP Ken Dryden that women have “the right to make our own choices. We don’t need old white guys telling us what to do.” It was a great line and a great point, but then in 2012 she voted to support a motion from an old white guy in her own party who wanted to tell women what to do by re-opening the abortion debate. (She also happened to be the Minister for the Status of Women at the time.) And it was only this past weekend that the Conservatives finally removed their official policy of defining marriage as being between a man and woman — nearly 11 years after same-sex marriage was legalized in Canada.

I don’t know whether Ambrose and the party’s new leader can move the party in a different direction and draw support away from the Liberals and NDP. The resolution on the traditional definition of marriage was an important step — and Rempel, it should be noted, was instrumental in pushing her party forward on this issue and has consistently supported LGBT rights. Similarly, some Conservatives, including Ambrose, have changed their past stance on transgender rights, and now support a Liberal bill to include gender identity in the human rights act and code.

What’s more, it’s no small feat for Ambrose to make women’s issues the centrepiece of her vision for the party. Trudeau gets plenty of credit and praise for declaring himself a feminist, but it’s still an easier identity for a man to claim. On the prime minister, the label is seen as modern and cool, while women continue to fear it will make them seem shrill, aggressive, strident and ball-busting. (Not for nothing, there’s a small novelty business selling Hillary Clinton nutcrackers.) A fascinating study came out recently on manliness in politics, suggesting that Trudeau triumphed in 2015 because his softer approach was more appealing to voters than Harper and Thomas Mulcair’s more aggressive campaigning. It’s telling though, that even if traditional ideas about masculinity and politics were upended in the last election, it was still a contest between three establishment white guys.

Ambrose and her fellow female MPs continue to deal with the old boys’ club — they are shouted down, dismissed and harassed. In 2016, women make up only 26 percent of MPs. Having women well represented in all parties, and having all parties believe it’s important to represent the concerns of women, is crucial for democracy. And having a spectrum of approaches and ideas, from the right and the left, about how best to support women is crucial for feminism.

We’ve got a way to go to get there. But in the meantime, let’s savour this incredible, unprecedented moment — however brief — in which political success in Canada was measured by which party could prove itself to be the most feminist.

More columns by Rachel Giese:
Toronto Raptors: role models for modern fatherhood
The burden of being a female star in a Woody Allen film
Here’s why we need gender-neutral washrooms