How Climate Change Will Impact Your Region Of Canada

From coast to coast to coast, warming oceans, droughts, infestations and extreme weather events threaten to dramatically alter the country as we know it. 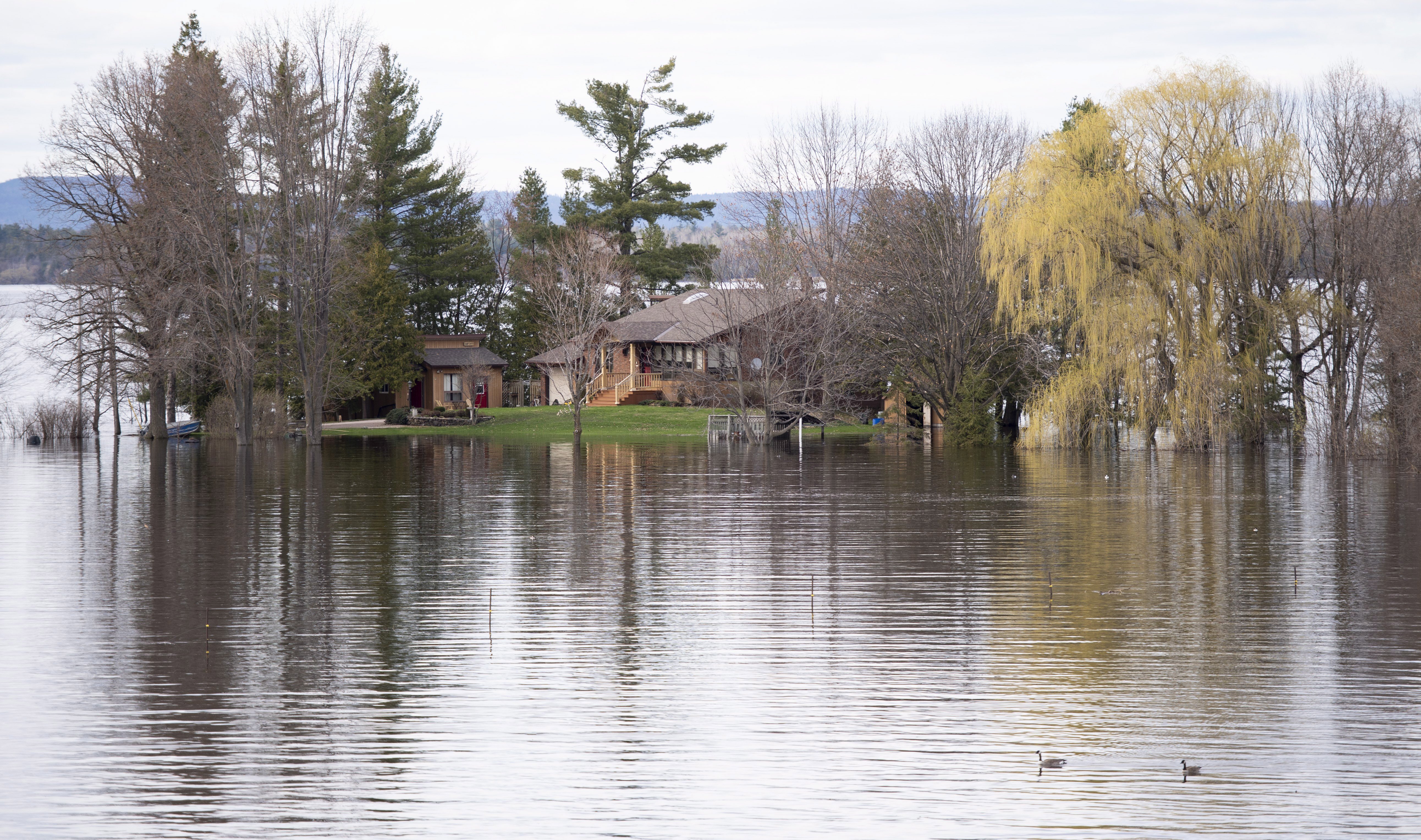 In the next few decades, the effects of climate change promise to uniquely impact each region of the country. Here’s a snapshot of what’ll happen where you live. (And, if you’re looking for realistic strategies to help save the planet, read this, this and this.)

The Arctic, which is warming at twice the global rate, is undergoing a dramatic transformation. Natural Resources Canada predicts that more than 95 percent of sea ice will be gone by 2100. The melting ice causes sea levels to rise worldwide, speeds up climate change and threatens the habitat of some of our most iconic wildlife. Polar bears live and hunt on the sea ice, and they face extinction unless they can adapt by finding new sources of food on land, bringing them closer to our towns. (Because of this habitat change, polar bears have started interbreeding with grizzlies, producing honey-coloured hybrid “pizzly bears”!) Beluga whales also depend on sea ice for protection from killer whales. Inuit Elders have been observing increasing numbers of orcas in Arctic waters, which means belugas won’t be swimming so wild and free in the decades to come.

The Northwest Passage used to be famously full of treacherous ice. By 2040, Arctic summers are expected to be completely ice-free, allowing for smooth sailing. A longer shipping season could spell relief for the North’s food security woes and expand cruise ship tourism. However, more ships navigating Arctic waters could also bring disruption of ecosystems, threats to Inuit culture and security challenges to this oil-rich but largely unprotected region.

Areas of permafrost, which have been frozen for 10,000 years, are now thawing, causing havoc for infrastructure, as buildings slip off their foundations and ice roads disappear. Waterways are filling with sediment and record levels of toxic mercury. And as the ground thaws, everything buried under the ice decomposes, releasing methane. Communities like Tuktoyaktuk are looking for federal funds as the situation worsens.

B.C. and Alberta will experience even more fires

Wildfires like the ones that wiped out Fort McMurray, Alta., and parts of Kelowna, B.C., in recent years are becoming increasingly common due to warmer temperatures, drier conditions and more lightning. By 2100, the fire season is expected to lengthen by more than a month along the West Coast and B.C.-Alberta border and in Northern Quebec. Smoke from the fires is also a concern. During B.C.’s 2018 wildfires, Alberta’s air quality approached the top of the health risk scale over an immense area spanning from Calgary to Edmonton. With longer exposure, smoke cover can exacerbate cardiac and respiratory problems.

Warmer ocean temperatures are threatening the survival of salmon and driving them to migrate further north. Of 13 declining chinook salmon populations, eight of them are endangered and four are threatened. Salmon is not only a culturally important food for West Coast peoples but also food for marine mammals like whales, seals and sea lions.

The Canadian Prairies will get a longer growing season

Global food security predictions look dire, with one major exception: By the end of the century, growing seasons of more than 120 days (which we currently only have in the Niagara peninsula and southern B.C.) are expected for the Prairies as far north as the N.W.T. and Yukon. A longer season and higher temperatures mean farms will be able to grow corn and soybeans.

But parts of the Prairies will be a dust bowl

As the northern parts of the Prairies become the breadbasket of the world, the southern region is expected to become a dust bowl. Mountain snow is melting earlier in the season, leaving Prairie watersheds dry in spring. When combined with hotter temperatures, that means increased drought risks in the B.C. interior and Prairies. To make matters worse, warmer temperatures also bring weeds, pests and diseases not endemic to the area, like quack grass and giant ragweed. Insects like grasshoppers and the orange wheat blossom midge will be gobbling up 15 to 20 percent of wheat and corn yields by 2100.

The Great Lakes have already warmed by three degrees in places, with the biggest change occurring in Lake Superior. Warmer water means warmer fish, and warmer fish eat more, which throws ecosystems out of whack, allowing invasive species like zebra mussels to take hold. Scientists warn that, while more swimmable temperatures might sound pleasant, the E. coli outbreaks and algal blooms that come with them may make both swimming in and drinking the water dangerous.

The region that has brought us so many folk songs about sinking ships is itself sinking into the sea, according to geoscientists. During the last ice age, the glacier on what is now the Hudson Bay region squished down the fluid material under the earth’s crust. Atlantic Canada was, in turn, pushed upward but is gradually sinking back down. The combination of rising water and descending ground is projected to change the relative sea level by a metre by 2100. Thousands of hectares of the red sandstone shores of Prince Edward Island have already been swallowed up. A flood protection plan is already underway to try to preserve Cape Breton’s Fortress of Louisbourg.

By 2040, Southern Ontario’s maximum temperatures will rise to 44 degrees Celsius. Toronto now averages 16 days per year above 30 degrees and, by 2100, that will rise to 77 scorching days every year. Hotter weather means more freezing rain, as well as thunderstorms like the one that flooded downtown Toronto in 2018. Toronto and Montreal could see 50 percent more of these disastrous weather events in coming decades.

Canada, for all its problems, will look desirable to climate refugees

Droughts, flooding and extreme weather around the world will drive people out of their homes by the millions. Small island states like Tuvalu and the Seychelles could fully disappear. Bangladesh and the Philippines may become largely uninhabitable. And California is already experiencing water shortages. Canada’s vast space and abundant resources will make it a magnet for climate refugees. The results are hard to predict, but what’s certain is that people are coming en masse.