The ban started as a campaign promise in 2019 and will come into effect in 2021. 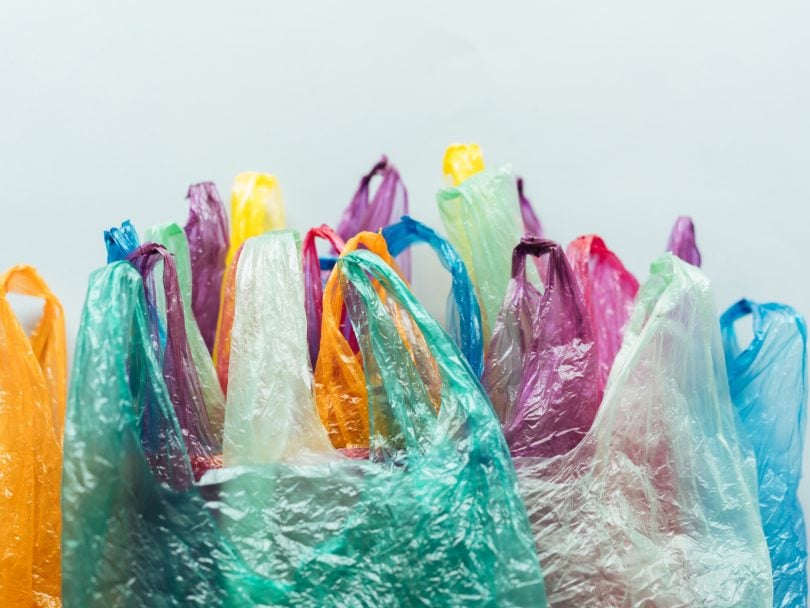 On October 7, Prime Minister Justin Trudeau announced a federal ban of single-use plastic products, with regulations finalized by the end of 2021. In the meantime, the government is asking Canadians to share their comments on the ban by December 9, 2020. This legislation will ban harmful single-use plastic items where there’s evidence showing that they’re found in the environment and often unrecycled. The ban will also affect items that have readily available alternatives. This ban is a step in the government’s plan to achieve zero plastic waste by 2030.

Here is everything you need to know about the ban on single-use plastics.

What are single-use plastics and why are they being banned?

Single-use plastics are, as their name implies, plastic products that are designed to be used once and then disposed of. (And yes, if you want to get really technical about it, you can wash and re-use some single-use plastics—like water bottles, and cutlery—but most people don’t.)

Every year, Canadians toss out 3 million tonnes of plastic waste, and only 9% gets recycled—meaning the vast majority of plastics end up in landfills or littering our environment. According to a press release announcing the ban, single-use plastics make up most of the plastic litter that is found in freshwater environments in Canada. On top of that, Canadians use up to 15 billion plastic bags every year and close to 57 million straws daily.

The plastics ban is happening under the Canadian Environmental Protection Act (one of the country’s main laws for protecting the environment), which requires a scientific assessment of the risks that a substance or material might pose to the environment and human life and health. The final assessment of plastic pollution, which was released on October 7, looked at single-use plastic’s environmental fate (meaning, what happens to it when it’s left in the soil, water and air), its occurrence in the environment and its impacts on environmental and human health. The assessment estimates that 1 percent of all plastic waste enters the environment. Though this seems insignificant, in 2016 alone, that accounted for 29,000 tonnes of plastic garbage—or the equivalent of 2.3 billion single-use plastic water bottles. And since plastic degrades very slowly and persists in the environment, the total amount of plastic pollution in Canada is anticipated to increase over time.

What exactly is being banned?

The government is banning items “where there is evidence that they are found in the environment, are often not recycled, and have readily available alternatives.” Based on that criteria, there are six items that the government is proposing to ban:

What other places have banned plastics?

Over 35 countries have banned plastics, including France, the U.K. and Bangladesh. Since 2017, Kenya has had the world’s strictest plastic ban: anyone selling, producing or using plastic bags will risk imprisonment of up to four years or fines of $40,000.

Small-scale bans, mostly on plastic bags, have been experimented with in Canada. In 2018, Montreal banned plastic bags that were thinner than 50 microns (about the thickness of a conventional black garbage bag), but the ban was reportedly ignored, with retailers switching over to a thicker kind of plastic bag to get around the bylaws. This year, the city finally tamped down and banned *all* plastic bags. In P.E.I., the Plastic Bag Reduction Act (which prohibits businesses from providing plastic bags to customers) came into effect on July 1, 2019. P.E.I.’s ban has already had a big impact: in the first year of the ban, there were 15-16 million fewer bags in the Island’s waste system. In the west, Tofino and Ucluelet on Vancouver Island banned plastic bags and straws in 2019.

What have the responses to the ban been like?

Peter Ross, vice-president of research at Ocean Wise, an oceans conservation program, and the executive director of the Coastal Ocean Research Institute, called the ban “long overdue” in an interview with the CBC. “This is low-hanging fruit, the list is modest, the items are replaceable, we have alternatives, and at the end of the day, it means just a little bit less plastic will leak into the ocean,” he says.

A 2019 study found that consumers are also concerned about the extra cost associated with packaging made from biodegradable materials. Though most believe that plastic packaging should be replaced by green alternatives, the higher price tag discourages consumers from jumping on board completely—only 37.7 percent of those studied are willing to pay more for biodegradable packaging, though 71 percent support a single-use plastics ban.

Restaurants Canada, a not-for-profit organization that represents Canada’s food service industry, says that it will push for policies that “avoid any undue burden on businesses continuing to rely on single-use items to safeguard the health and safety of staff and customers.” Restobiz, which covers Canadian restaurant and food business news, notes that the ongoing COVID-19 pandemic complicates things, but the ban shouldn’t be too troubling for the industry—restaurants all over the country, including big players like Loblaws and Tim Hortons began the process of sourcing new plastic-free utensils and straws in 2019, after the ban was originally proposed. They pointed out many in the industry are prepared and have been transitioning to plastic-free utensils and containers since the ban was initially announced in July 2019.