When grown ups decide to move in together

My boyfriend and I have started talking — just talking! — about moving in together. 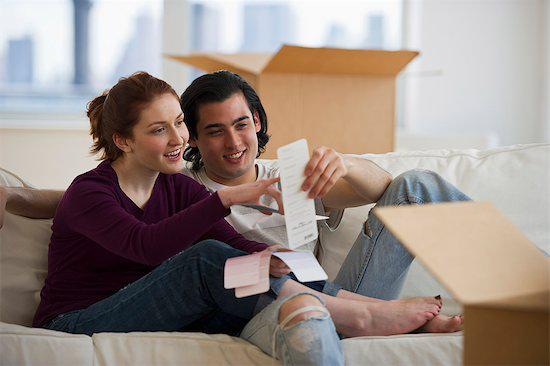 My boyfriend and I have started talking — just talking! — about moving in together. When I first moved in with a boyfriend, when I was in university, there wasn’t much to talk about — I didn’t come to our new place with anything. I pretty much ditched most of what I did own — he had an actual bed, after all, and I only had a futon. We decided to split the rent 50/50 and well, that’s about it.

When I moved in with my daughter’s father, he was already well set up. I basically had to bring my clothes and myself. Since he was eight years older, he had actually matching dish sets and furniture and art on the walls. I don’t think I paid rent at all because, frankly, he made a lot more than I did at the time; if he had asked me to pay for half the rent or mortgage, I probably couldn’t have afforded it.

Flash forward several years later, and I’m talking about moving in with my boyfriend. Things have changed. For example, I have my own dishes, my own bed, my own bed sheets, matching dishes (sort of) and, more importantly, my own routines. He has his own furniture and routines as well.

When you’re older and more set up in life, how do you decide to move in with a partner? If you do combine households, how do you make it work? I spoke to Joanna Track, the co-founder of online shopping site Dealuxe, because also moved in with her husband at a later age — in her mid-thirties, after her single-living routines were well in place.

1. Learn to adapt: When they’re older, she says, people are usually set in their ways. “You have to be flexible and adapt, because you may have your own way and he has his own way.” Track suggests picking your battles. If he likes watching football every Sunday afternoon and has done so for years, then let him. If you like fifteen minutes of silence when you get home from work, let him know.

2. Purge: This is a hard one for many. But as Track says, “The older you are, the more stuff you accumulate.” You don’t need eight sets of bedding, or 12 sets of dishes, or 36 glasses. “You have to purge.” You also have to compromise. My boyfriend hates my modern couch, but I’m not getting rid of it. In exchange, I’ll make room for his Lazy-Boy chair.

3. Talk about bills: This could be a problem at any age, but if you’re older then you can have a mature conversation and get everything out on the table when it comes to money, says Track. “Sometimes he’ll pay for things, sometimes you will, some things you will split. But it should be really clear from the start on who pays what.”

4. What about the kids?: If there are kids in the equation, Track has learned, then house rules are a must. For example, if I’ve always let my daughter watch television while she eats dinner, and my boyfriend always insists his daughters sit down at the table for dinner, then we need to come to a compromise or one of us has to give. “It has to be the same for everyone. One child should not be allowed to watch television if the others aren’t allowed.”

5. It takes practice: Moving in with someone at an older age, says Track, takes practice. “You have to talk about each others needs.” This also means compromise. For example, I like to go to bed early. My boyfriend doesn’t. I can fall asleep with the TV on, but I draw the line at him clicking away on his Blackberry. So, yes to TV, but no to technological devices (and especially Angry Bird). “You definitely have to be respectful of the other person’s sleep patterns,” says Track.

Moving in together at a later age brings on a whole new set of worries, but they can be worked out if you’re open, honest and willing to compromise.