The journalist talks to Chatelaine about dating preferences, food aversions and what we think we know about ourselves. 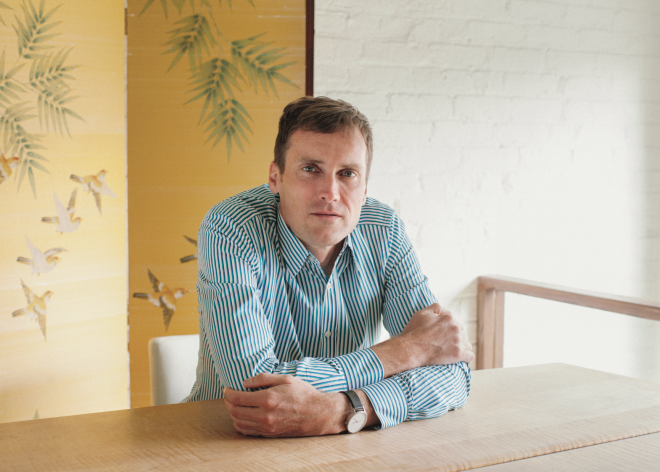 When we insist that there’s no accounting for taste, we tend to be referring to other people’s choices — they’re the ones whose blazers are too loud, whose partners are too humourless, whose Spotify playlists lean too heavily toward boy bands. Yet we’re disinclined to subject our own preferences to the same scrutiny. We don’t spend a lot of time untangling the intricate web of cultural contexts, psychological biases and neurological mechanisms that determine what we like, even if we can take that stuff very, very seriously. (Fact: No Ann Landers column generated more responses than her take on the right way to hang a toilet paper roll. That’s likely because she opted for “under,” which is obviously wrong.)

In You May Also Like: Taste in an Age of Endless Choice, journalist Tom Vanderbilt investigates the science behind personal taste. He speaks to doctors, critics and cat breeders; he examines social networks, Netflix algorithms and baby-name trends, all to plot the coordinates on what he calls “our internal compass of liking.”

Here, Vanderbilt discusses what’s going on when we return to a restaurant or swipe right on Tinder — and whether hate-watching the Kardashians should really qualify as its own category of taste.

How would you define taste?

It’s tricky — there’s taste as one of the senses, and then there’s a collection of preferences, and then that breaks into societal taste and personal taste. Put simply, taste is a filtering mechanism for screening out some of the world, so we aren’t inundated. But I can’t explain my love of the colour blue to you. It’s a hard thing to talk about, which is why I went off on a story in search of it.

The book begins with a conversation between you and your six-year-old daughter. Favourite colours have become a bit of an obsession for her. Why does that kick in?

She wants to become an individual and reach for an identity. My daughter doesn’t know enough to want to be a Republican or Democrat; she’s not even sure what sort of music she should like. She’s over Frozen. Colours are an easy way of sorting out the world. I admit to being a bit of a dictator about buying a bike. She wants pink, and I’m trying to say, “Do you really want pink? Or did you see this ad of a girl riding a pink bike?” Maybe I’m wrong to push against that.

Related: The most popular paint colours in Canada

You say we can be strangers to our own taste. What do you mean?

So many of our decisions and feelings are driven by our unconscious, and there are so many peripheral factors that play into what we like or dislike. In 1999, researchers did a blind taste test of two types of ketchup at a country fair in Germany — it was actually the same ketchup, but one had a small amount of vanilla in it, which also happens to be in German infant formula. Turns out the people who had been bottle-fed as babies preferred the ketchup with vanilla; they had a secret affinity for vanilla lurking in their unconscious.

The book tackles one of life’s great conundrums: I’m at a restaurant that I enjoy and I have to choose between my favourite dish and an exciting special. So which one will give me the most pleasure?

If it’s a dish you’ve had before, then you’ll experience it more in the anticipation and in the moment — you’re dining on your memories, in a way. But if you want to create a stronger memory for afterwards, then novelty would be a better route. Think about when you’re going somewhere for the first time, like a road trip to Montreal. The way there seems to take longer because you’re absorbing everything new, unlike on the way back, when it seems to go faster — familiarity reduces the storage space in your brain, so it looms less large. Eating a meal you’ve already had is like going on a trip you’ve already taken.

But then why do we prefer what’s familiar?

It goes back to what Michael Pollan has called the omnivore’s dilemma: There’s all this food out there, and in the old world a lot of it could kill you, so you go with the tried and tested. It takes an adventurous person to pick a new plant and keep going even when it tastes weird. But we can learn to overcome the novel thing that doesn’t taste good by adding in things that do. I don’t know any 14-year-old who has single-origin black coffee for the first time and loves it, but you put in lots of milk and sugar, and that weakens the bitterness and builds positive associations with the coffee.

Hollywood has taken this preference for the familiar to a ridiculous extreme. This summer, there are no fewer than 16 sequels lined up. At some point, won’t we crave novelty and no more X-Men?

What’s the current record for the most sequels — is it The Fast and the Furious with seven? Why take a risk on something new if it worked before? You can have new elements — a new Bond starlet, new gadgets for Q — within the guise of the familiar. But there’s such a risk of alienating people if you depart too strongly from a previous incarnation of anything.

You want it a little new, but not too new.

New enough from the last one to justify the purchase.

Everyone initially hated the Sydney Opera House, because it deviated so much from our notion of what a building should look like. Now it’s universally adored. What changed?

Just time. Arguments evolved, people making those arguments moved on, the very appearance of that building opened up new directions for the next building. You begin to forget why you ever disliked something, and if it’s stuck around this long, you begin to assume it must be good. The Eiffel Tower was hated, and now it’s this beloved icon. Who even knows why iron in a monument once rubbed people the wrong way.

What about the opposite — when something starts off crazy popular?

What launches a YouTube sensation or a popular baby name? That gets into the case for tastemakers. A celebrity wears a jacket and it becomes a huge thing. You could argue that we all want to be like that celebrity, or it’s the fact that she has a huge Instagram following and people actually saw it. I think it’s the exposure. The example I love is the rise in the names of babies that have the same first letter as a recent hurricane — not Katrina, but other names starting with K. That’s totally accidental. It’s something heard in the air somehow.

Companies have a ton of access to our taste, whether it’s what we’re listening to or purchasing or what kind of face makes us swipe right on Tinder. Should that give us pause?

It raises the question of how you will ever break out of that feedback loop. It’s a perfect world of your own tastes. Even myself, I’m not sure how I encounter something new. And living in Brooklyn, that’s what you’re supposed to do to be hip. I was at a party the other night and there was high-powered political conversation, and then the next minute the discussion turned to a cancelled Aaron Spelling show. The cultural literacy has expanded so much. There are so many ways to feel bad about things you don’t know — not even the highbrow things. I don’t know enough about the Kardashians.

There are people who might like the Kardashians ironically. Or who will hate-watch an entire Aaron Sorkin series. Is that a different category of taste?

I think so. It raises the question of what’s the most hateful thing you will hate-watch. Is there a limit? What’s the after-effect of hate-watching a show? Do you look back on it with fondness? Or guilt? I think you might be genuinely liking it in the moment and rationalizing it later on — “Oh, it was ironic.” I’m not sure how many people would go into a show saying, “I’m going to watch this through an ironic lens.”

How do our brains influence what we like and pay attention to?

We’re so often taking in the world not as it is but through a set of biases or filters. There have been great studies done with a graphic image that could be a duck or, if you look at it a little differently, a bunny. The closer it was to Easter, the more likely people were to see a bunny. Same exact stimulus from below, but people bring their own expectations to it from above. It’s a bit like when you learn about a new author or a car brand that you like, and you suddenly start to see it more often. You don’t, actually, but you are more primed to see it.

Related: Looking for love online sucks — will the new dating apps fix that?

What about on dating sites, where there’s an overwhelming number of options — do we fall back on patterns or expectations?

I think it’s a mix. There’s a physical reaction that’s so hard-wired. There’s this great website of computer-generated, perfectly symmetrical faces and they all set off alarm bells. There’s not some higher thought involved, it’s just that we’re not perfectly symmetrical so those faces look weird to us. But then there’d be a top-down element, where you have a rough idea of the type of person you’re looking for.

But after the end of a relationship, wouldn’t our tastes change? Do we think, “Oops, maybe I don’t want an emotionally withholding banker after all”?

Sure, there’s the classic case of buyer’s remorse: You buy something with a strong sense of feeling, and then later down the road, when you’re thinking in more rational terms, your feelings have dimmed. So the person you “bought” begins not to have the same meaning — your taste changes. And sometimes the problem with focus groups, for example, is that a thing you enjoy in a small dose becomes less appealing over the long run, for whatever reason. Maybe that aggressive banker was a great palate cleanser for the aimless hippie guy you had as your last boyfriend. But then suddenly he becomes too overwhelming.

Has working on this book altered the way you think about your own tastes?

I’m definitely trying to be more open. I always thought there was more science behind something like a food aversion, that it was out of my hands, when really it’s up to me whether to like it or not. I claimed not to like fennel, but if I just had the right preparations, I was a few meals away from loving fennel. There’s nothing biological there. What we think of as our tastes can get in the way of things we actually enjoy. You can be a prisoner of your taste, but you can also be liberated from it.

I tried to bully a 5-year-old into choosing a brown Barbie
What do you do when you hate your kid’s taste in music?
Why sometimes all you need is really great takeout