Miss Jerramy Fine is the author of Someday My Prince Will Come, a hilarious memoir chronicling the story of an American girl who grows up longing to become an English princess – so much so that she eventually moves to London, and stalks a real live prince. 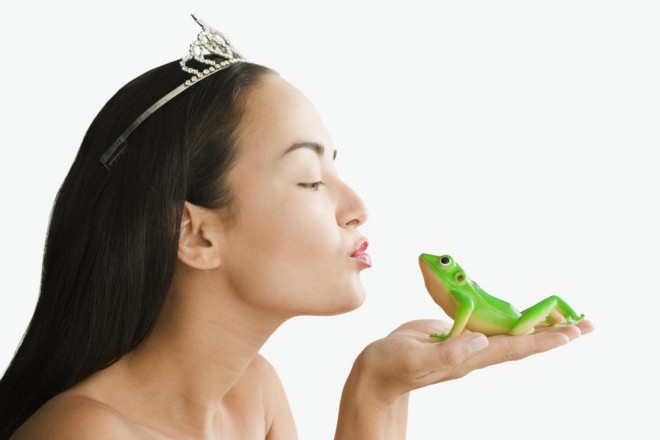 Miss Jerramy Fine is the author of Someday My Prince Will Come, a hilarious memoir chronicling the story of an American girl who grows up longing to become an English princess – so much so that she eventually moves to London, and stalks a real live prince.

Eventually, Jerramy did marry and settle in the UK. Her English husband, as she likes to point out, is not royal but she forgives him.

Her latest venture, Princess Prep, is a summer camp that schools North American girls on royal virtues – from table manners to riding lessons in Hyde Park.

Once in a while Jerramy and I meet up for sushi (strangely difficult to find in England, an island in the middle of the Atlantic) and discuss the charms and drawbacks of contemporary ex-pat life — I caught up with her over email this week and asked her a few questions:

Q:  Are you excited about the royal wedding, and if so, why?

A: Are you kidding? I live for this stuff. To me, royal nuptials are this heady concoction of ancient tradition, modern-day romance and fairy tale magic. (Not to mention that I have been fascinated by England’s royal family since I was a toddler and for many years, my greatest wish was to marry one of the Queen’s grandsons!)

Q: You’re an American ex pat living in the UK — do you think this makes you more pre-disposed to love all things royal?

A: I do. When you hail from a country where the only palace is Cinderella’s Castle, it’s natural to be enthralled by the UK’s living, breathing royal family. For many Brits, the royals are just a part of everyday English life, but to me the royal family and all it represents is a constant source of enchantment.

A: Ah, the age old debate! Circa 2001, William absolutely took the cake. I’ll never forget the photo that was taken of him during his first year at St. Andrew’s: his navy sweater hung perfectly off his swimmer’s physique, his cheeks had colour, his head had hair, and he looked breathtakingly handsome. (If I’d only been but five years younger!) Yet, as each day passed, poor William began to look more and more like Princess Anne and before I knew what was happening, Harry was officially hotter than William. While William is level-headed with a deep sense of duty, Harry has this laid-back magnetism and mischievous grin which, combined with his mother’s natural empathy, makes him absurdly attractive. So here’s to you, Harry. I didn’t see it coming!

Q: What do you make of Kate’s fashion sense? Will she be a style icon, a la Princess Diana?

A: I think Kate’s fashion sense is pitch-perfect. She always looks chic yet conservative and her love of classic staples like tailored suits, tweed jackets and suede boots, makes it clear that the girl was born to be a Windsor. I wish she weren’t so heavy-handed with her eye-liner, but she is leading the way when it comes to teaching England the value of a good American-style blow-dry. Will she become a style icon? I think she already has.

Q:  What do you plan to do to celebrate the Big Day?

A: I know some women who are planning to wear their old wedding dresses while viewing the royal nuptials. I know some who are throwing girls-only parties where everyone, including their daughters, will dress like Disney princesses. But I plan to mark the occasion with something simple and elegant. Because this is a formal occasion where email invites would not suffice, I posted paper wedding invitations and inscribed the following:

By the Queen’s Command, I invite xxxx
to view the wedding of HRH Prince William of Wales and Miss Catherine Middleton
at 11am at (the address of my flat)
on Friday, 29th April 2011 and afterwards for a champagne reception.
RSVP

The dress code is what I’m describing as “Westminster Abbey Chic.” This means if you wouldn’t wear it to witness the royal marriage vows at Westminster Abbey, don’t wear it to my party. Guests will be greeted with trays of morning mimosas and for food I’m creating a stylish buffet of mini sandwiches (no crusts!), warm scones with jam and clotted cream, and bowls of fresh strawberries. As a final touch, I will invite guests to make a donation to a favourite charity of the royal newlyweds, as they have requested this be done in lieu of wedding gifts.

Q: Your own wedding was at Hampton Court Palace — do you have any advice for Kate on how to get married in royal style?

A: I think advice for all weddings is essentially the same: try not to let your families drive you crazy.

Q: Do you think Kate and William are in control of their own wedding planning process or is it all dictated by palace protocol?

A: Although Kate and William probably have some input, I’m fairly certain that every last detail is being seen to by the Lord Chamberlain and Master of the Household in accordance with royal tradition.

Q: What do you think Kate’s dress will be like?

A: Although I truly loved Diana’s puffy confection of ivory taffeta, I suspect Kate will choose something sleeker – yet not overly modern. Also, as bare shoulders are not even allowed at Royal Ascot, I hope Kate will shun the strapless trend, and don something with sleeves.

Q: Do you think Britain (and the world) need a royal wedding at the moment or is it a display of frivolous decadence?

A: The world can always use a healthy dose of magic – and in difficult times, this becomes even more important. Every little girl dreams of meeting prince charming, becoming a princess and living happily ever after – and by agreeing to marry William, Kate Middleton has become a conduit for the world to vicariously live out these dreams. Granted, this is a bizarre role for any woman to take on – but it fulfills a very real need in our global psyche that cannot be fulfilled by politicians or Hollywood stars.

Q: Do you think Kate was right to have quit her job in the lead up to the wedding?

A: Kate quit her job because she is starting a new job – a very demanding new job that she will never be able to quit. I think she is allowed a few weeks off to prepare for it.