In her latest self-help book, the former prime minister's wife gives sound advice — and dishes about her colourful past. 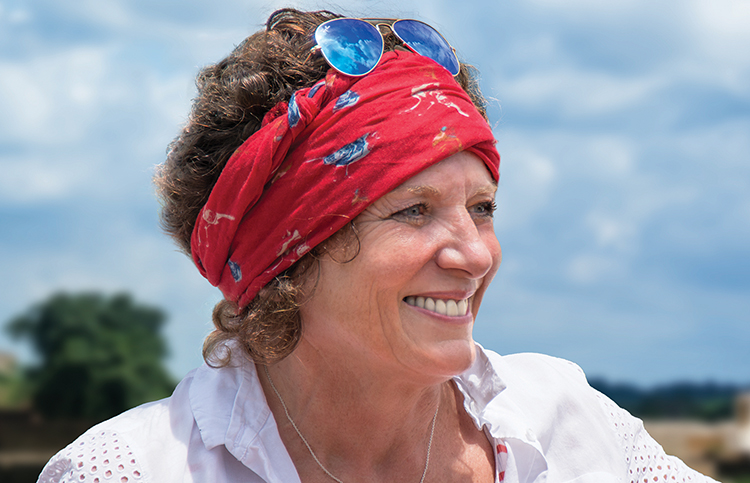 Who’d have thought Margaret Trudeau would be giving sage advice to women in their golden years? In her latest book, The Time of Your Life (out April 7), Trudeau passionately advocates for women over 65 to seek out a “vibrant joyful future” and guides those in their 40s and 50s on to prepare for a fulfilling third act now. She’s done her research, talked to experts and gathered truly inspiring stories of women killing it late in life. And there’s plenty of first-hand lessons from Trudeau herself, who says she started feeling her age (65) when she experienced three traumatic events in the space of a few months: she dislocated her shoulder in a skiing accident, her mother died and a close friend was diagnosed with Alzheimer’s. Trudeau is honest and hilarious about her senior years and tells plenty of stories about her marriage to Pierre Trudeau and her Studio 54 days. Here are 10 of the book’s juiciest moments. 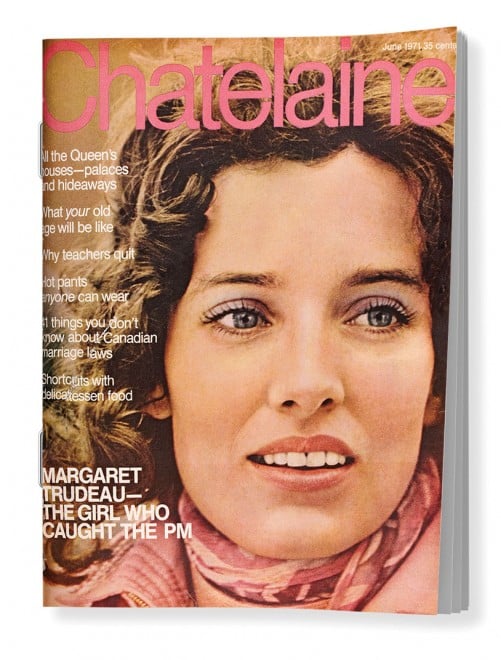 Margaret Trudeau on a 1971 Chatelaine cover.

1. On why you should take her advice
“I have seen the best and the worst of what life has to offer. I have danced in the arms of presidents, dressed in haute couture and I have been confined in a psychiatric institution, my bank account — and life — in shambles. I have ridden a motorcycle through the desert, clinging to a king for all I was worth, and I have attended AA meetings with the unemployed and homeless . . . Change is the order of life, and I have experienced this natural law as vividly as anyone.”

2. What Pierre Trudeau thought of Ms. magazine
“When Pierre and I were living at 24 Sussex, Gloria Steinem sent me a present. It was a subscription to Ms., a liberal feminist magazine. I was delighted . . . Pierre, however, was less than impressed. It seems ironic that the man who established Canada’s Charter of Rights and Freedoms would take issue with his wife reading Ms. For all his ideals, I think Pierre, like many men of his generation, believed that true equality stopped at the front door.”

3. The strong, silent type
“I always admired Pierre for his tremendous ability to be silent. When he was prime minister, he would often come home and complain not about the stress, but about the noise — he was a man who needed peace and solitude. He taught me to embrace solitude as well. On Saturday afternoons, he would often take the boys so I could have time for myself.”

4. Pierre Trudeau channels Eleanor Roosevelt — and Spider-Man
“When I left my first husband, Pierre Trudeau, I told him it was because I wanted to be free . . . I have never forgotten his condescending reply: ‘But, Margaret — with freedom comes great responsibility.'”

5. Divorce times two
“When I look back on my decision to leave Pierre, I have sadness, but no regrets . . . But my marriage to Fried [Kemper] was a different story. It is one of the greatest regrets of my life that my mental illness contributed to my inability to fight for my marriage. At the time I was broken by grief after the death of my son and believed I needed to be alone. Perhaps this was true. But sometimes I look back and feel that the freedom I so desperately wanted could have been possible within the context of that marriage, and I have missed my husband’s love.”

6. Looking for love
“The world of online dating is foreign to me, although I do have a giggle when I consider what my online profile might read: Twice-divorced mother of five and grandmother to seven with a colourful past seeks a new man in her life. Must not behave in any way old or like a ‘fuddy duddy,’ though must be age-appropriate. I am no cougar.” 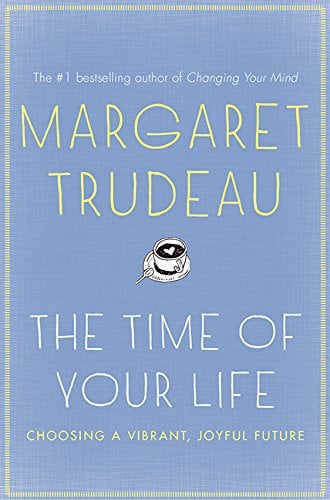 7. Hot for Ted Kennedy
“Sex is a basic instinct, and sexual attraction can be incredibly powerful. I remember the first time I met Teddy Kennedy. We were at a state dinner in New York. I would later come to know him as a very kind, thoughtful person. But that evening, I felt such a pull toward him that we couldn’t even stand within a couple metres of one another. Pierre was not amused.”

8. Freewheelin’ with Jack Nicholson
“The only man I ever dated who enjoyed freedom as much as I did was Jack Nicholson. He was a wonderful, funny, truly free man. He understood that marriage and monogamy were simply not ideally suited to his life as a movie star. How I loved my time with him. Sometimes I feel what I need is a 70-year-old financially independent snowboarder. Someone who is hunky, solvent, adventure-loving and happy to enjoy the comfort of the body, but also the freedom of solitude. Is this a fantasy? Perhaps. But I will continue looking.”

9. Marriage counselling with the Pope
“I remember a trip Pierre and I took to Italy to visit Pope Paul VI. We had hit a rough patch in our relationship and Pierre thought it might be helpful to seek counsel . . . Then [the Pope] turned to me. I drew in my breath, ready to ask him my questions — whether it was truly possible to sin in thought, his thoughts on abortion and on birth control. But I never got my chance. He put his hand out to bless me — a gesture that at the time felt an awful lot like I was being silenced . . . I was livid. I stomped down those elaborate stairs so hard I was sure I’d break them.”

10. Getting high
“I still enjoy the occasional joint. Pot is to me as the occasional glass of wine is to many others. I like the way I suddenly notice the colours of my flowers, the way I see the moon with fresh eyes. My imagination becomes more vivid and active, and I feel happy.”

The Trudeaus: 45 years of triumphs and tragedies

Is Justin Trudeau the candidate women have been waiting for?

Exclusive photos of the Trudeaus at home