What Is The Greenest Way To Wipe Your Butt?

The most sustainable way to clean your bum might involve no wiping at all. 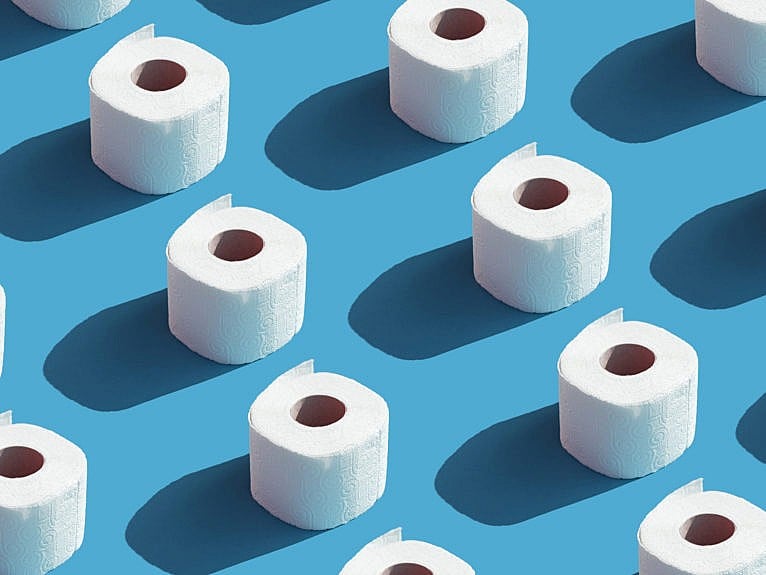 I’ve been thinking a lot more about the waste I produce—and cutting down where I can. One single-use product I haven’t thought too deeply about, however, is toilet paper. Toilet paper takes up a ton of resources: a single roll requires 37 gallons of water to produce. According to a report by the Natural Resources Defense Council (NRDC), a U.S.-based environmental advocacy group, much of the toilet paper produced in the U.S. and Canada comes from the Canadian boreal forest. Clear-cutting the boreal forest for toilet paper releases, on average, 26 million metric tons of carbon dioxide each year. Not to mention the destruction of forest habitats caused by sourcing wood pulp for toilet paper, leading to loss of biodiversity and mass extinctions. Standard TP is also bleached with chemicals to whiten, strengthen and soften the product. The chemical bleaching process releases elemental chlorine gas as a byproduct into the air and water, which can negatively impact people, fish and other animals.

There are more sustainable alternatives, though. Here are three greener ways to wipe your bum.

According to the NRDC, toilet paper made from virgin fibres, which are made directly from tree pulp, produces three times as much carbon as fibres made from recycled pulp. Though toilet paper itself is generally not recyclable, for obvious reasons, it can be made of content that has been recycled. Recycled toilet paper can be made from both post-consumer content (materials that are reused after their initial use) and pre-consumer content (materials made from the waste produced in the manufacturing process of other products). For the most sustainable choice, opt for toilet paper made from a high percentage of post-consumer recycled content, which does not rely on the production of new products. Recycled TP also tends to use less-toxic chemicals in the bleaching process, and recycled tissue often requires a lot less bleach overall as recycled fibres have already been through the bleaching process

With recycled TP, one of the main concerns is its scratchiness—users complain that recycled toilet paper tends to hurt their derrières as they wipe. Unfortunately, virgin fibres and their production process gives standard TP the plush texture that consumers are used to. For the most sustainable option, look for toilet paper made with a high percentage of post-consumer content like PC Green Soft & Thick or Green Forest Bathroom Tissue.

Bamboo is a great alternative to tree fibres: it grows very quickly, requires little water, uses land efficiently and the same plant can be harvested from multiple times. However, bamboo TP isn’t as low-impact as recycled TP, as it still requires land cultivation and often needs to be imported from Asia, adding to the product’s overall footprint. According to the company Tushy, which also makes bidets, one roll of their bamboo toilet paper only requires 0.59 gallons of water, which is about 1.5 percent of water used when making standard TP. Bamboo also has the added bonus of being as soft and strong as normal TP—your bum won’t be able to tell the difference. Canadian company Caboo’s bamboo and sugarcane TP, for example, was as soft as standard TP—it was actually stronger and softer than our office’s one-ply.

Though bamboo toilet paper is a much more sustainable option than normal toilet paper, production still requires the use of chemicals to break the fibres down into a pulp to make paper. Further, bamboo is still a mass-produced crop that can be farmed unsustainably. Checking your bamboo TP for Forest Stewardship Council (FSC) certification will ensure that the bamboo was sustainably sourced, rather than grown on land that was deforested for the sole purpose of bamboo farming. Caboo 2ply tissue is one soft and sustainable option.

Bidets—the squirty accessory popular everywhere but North America—use a stream of water to clean up after you’ve done your business. They’re a great option for those who want to cut out TP entirely. They require less water per use than the tissue-making process—compared to the 37 gallons of water needed to produce one roll of toilet paper, bidets (depending on the model) only require about one eighth of a gallon of water per use. Bidets also help those who experience discomfort associated with hemorrhoids or other irritation, and are much more comfortable for those who have just had surgery, given birth or experience irritable bowel syndrome.

As for the bidet detractors: though many people use toilet paper to dry off after bidet use, the amount needed for blotting is small compared to the amount needed for normal wiping. Some bidet-users also use a towel to dry off to limit their TP use. Bidets may also seem prohibitively expensive and luxurious, especially in cases where you need to buy a whole new gadget. However, there are many low-and mid-price point bidet attachments—like Omigo and Tushy— that can be added to your toilet.