In just two years, Hamer’s Ottawa doughnut company, SuzyQ, went from farmers’ market favourite to gourmet shop with a lineup out the door every morning. 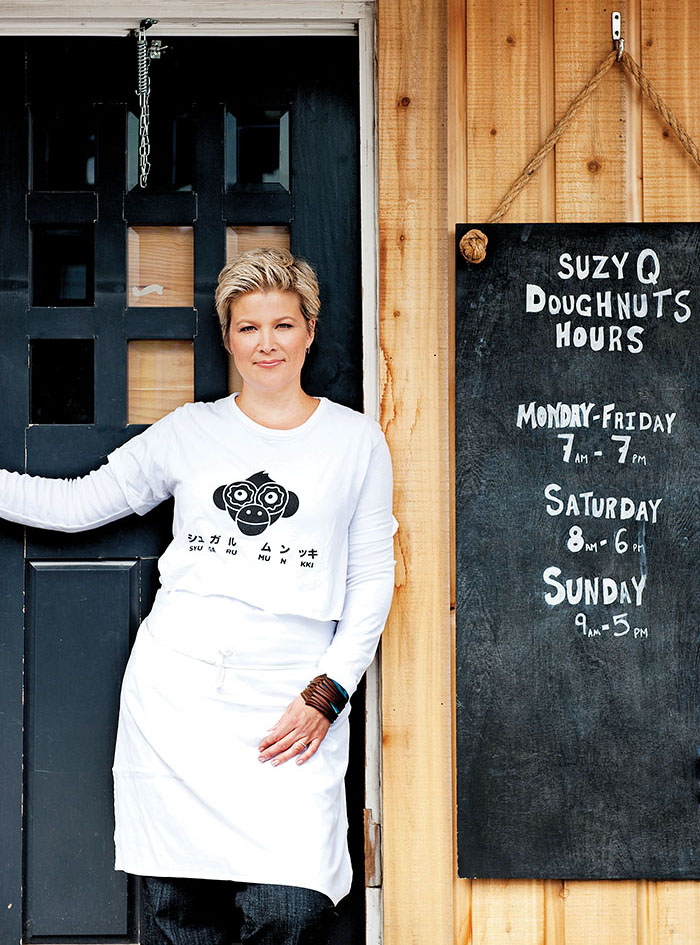 Growing up in a suburb of Vancouver, Susan Hamer spent hours watching her Finnish mother in the kitchen as she artfully twisted pieces of dough around her hands until they formed soft, sweet rings. Spiced with cardamom and rolled in sugar, these munkii — which loosely translates to “doughnut” — would later become one of Susan’s bestsellers at SuzyQ, the popular gourmet doughnut shop she opened in Ottawa in 2012. “I ripped off my mom’s recipe,” she says with a laugh.

But doughnuts weren’t her first calling. Before SuzyQ became the buzz of Ottawa’s food scene, Susan attended art school, ran her own ceramics studio and bounced across the country with her husband, Mark, a furniture designer. Finally, Susan and her family settled in Ottawa, where, in her late 30s, she took a job delivering mail for Canada Post. During those eight-hour days of walking, Susan imagined everything else she’d love to be doing instead. “I have a fine arts background. It’s just in my nature to always think of something creative to do.”

When Canada Post went on strike during the summer of 2011, Susan saw her chance to make a change. She whipped up a batch of Sugar Munkii doughnuts — which she had perfected over the years by making them for her three children — and sold them at the local farmers’ market. People flipped over them. “Seeing the public’s reaction was incredible. It was so encouraging,” Susan says. “I made more money in a day at the farmers’ market than I would working all week for Canada Post.” 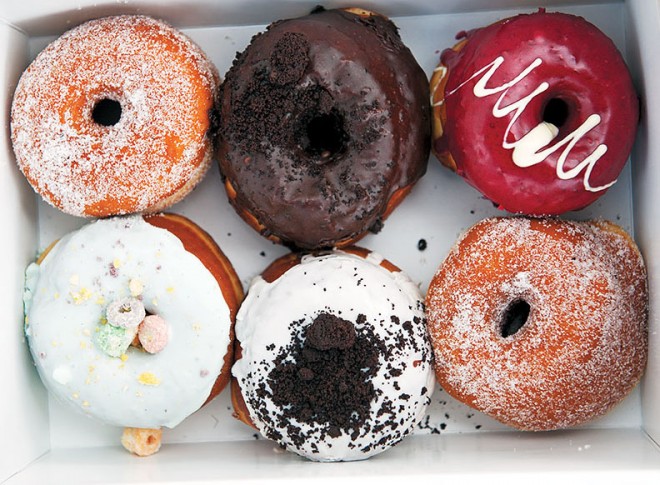 Eventually, Susan decided to go for it full-time. She established her fledgling bakery in an unlikely place: a repurposed shack stationed in the middle of a parking lot in Ottawa’s trendy Hintonburg neighbourhood. In this three-room, shabby-chic building, Susan creates fresh, inventive doughnuts each day — including Salty Caramel, the ever-popular smoky Maple Bacon and the Earl Grey tea–infused London Fog — made mostly with organic and locally sourced ingredients. From day 1, it was not unusual to find early-morning lineups a dozen deep.

Susan likes to treat her doughnuts as blank canvases and find creative ways to make them look luscious. “I think about a glaze and how it would set on a doughnut. I watch as the glaze runs down the sides,” she says. “But I don’t like doughnuts that are overly fussy. I don’t want it to be a cupcake.”

Unlike the gourmet cupcake trend, Hamer notes, there’s something egalitarian about doughnuts. At SuzyQ, local construction workers rub shoulders with hipsters and parents toting toddlers. Even Ottawa’s mayor, Jim Watson, is a repeat customer. “It was important to me that SuzyQ didn’t seem too exclusive or appeal to a certain crowd,” Susan says. “It’s a real compliment to me when I have regular, everyday people in the shop.” 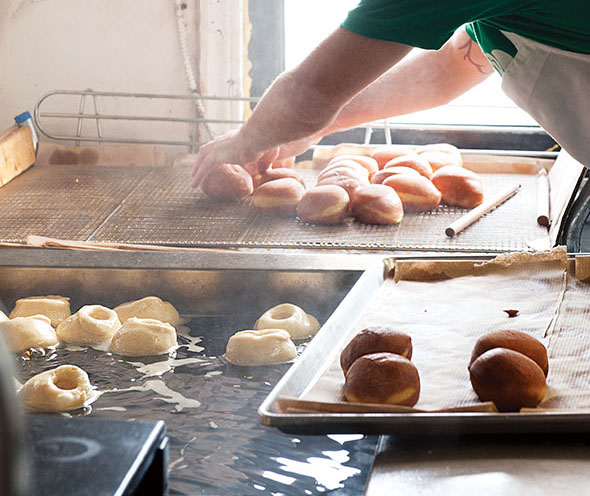 This winter, Susan hopes to expand SuzyQ to a bigger, sleeker shop in Hintonburg, although she says the business will always be a family affair. Mark works behind the scenes — “He’s actually very good at rolling dough!” — and he’s helping design the new location’s minimalist interior. Even her 12-year-old son, Theo, has the knack: “He was caught selling doughnuts in the schoolyard for a profit,” Susan says. “He had a lineup! We had to put a stop to that.”

As for the old family recipe that started it all, Susan and her mother still can’t agree on who makes the Sugar Munkki doughnuts best. “She thinks hers are lighter, and maybe they are. But I think mine are pretty good,” she says. “I give her a run for her money for sure.” 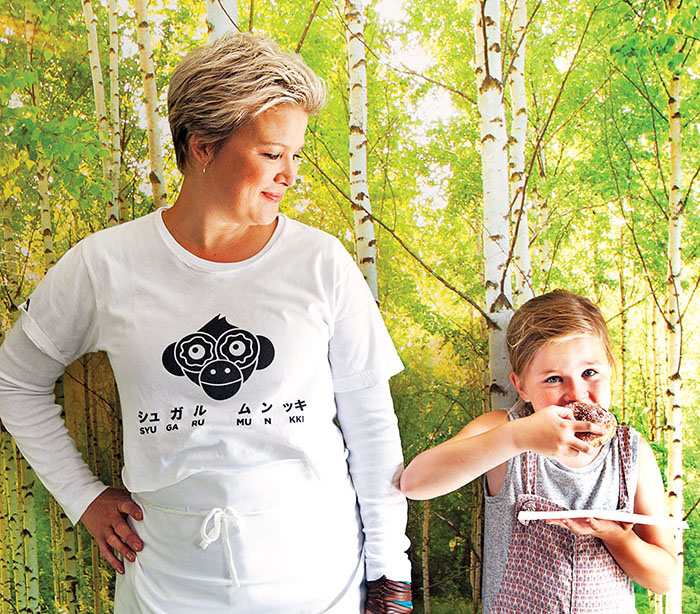 My proudest moment . . .
Having kids certainly tops my list, but I’m always working toward my next proud moment. It’s a lifelong project.

The last time I laughed really hard was . . .
probably while watching a Ben Stiller movie with my kids.

My favourite quote is . . .
“Knowledge is knowing a tomato is a fruit; wisdom is not putting it in a fruit salad” (Miles Kingston).

I wake up in the middle of the night thinking about . . .
doughnuts, house renovations, did I leave the garage light on?

I wish I was better at . . .
exercise. There is a budding jogger in me.

My perfect day would be . . .
knowing I don’t have any commitments and having an empty to-do list.

Cardamom
“It’s a spice we use a lot of at the bakery. Scandinavians love to use it in their baking.”

To Kill a Mockingbird
“It’s one of my favourite books. So much so that I named my oldest son, Atticus, after Atticus Finch.”

Parfum D’hermès
“I stole the scent from a dear friend at 19 and made it mine.” (It’s now called Hermès Rouge.)

John Fluevog
“I’ve been buying his shoes for 30 years now and love the quality and that it’s a Canadian company.”

Dr. Hauschka Blush
“It gives me a rosy hue without looking fake. People always compliment me on my healthy glow.”